It’s Monday… did you all survive the weekend?  When I told you about my good & terrible week on Friday, I also mentioned that I had a big cake decorating weekend coming up – with 3 Carved / 3D Cakes on the books.  I wasn’t sure how it was going to go considering it was the first cakes I’d done in more than a month, but I can tell you now – it turned out great!

It was pretty exciting to be doing three designs I’d never done before.  I don’t mind common or repeat designs when decorating cakes, but it’s really fun when I get to venture into new territory (for me). And when they were all delivered, I had happy customers and that’s the best!! 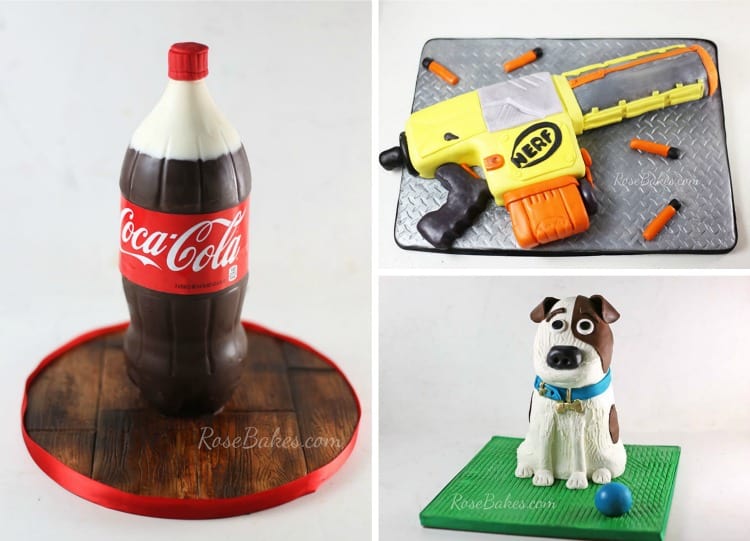 Here’s how it worked out for me.  Thursday I baked all of my cakes and let them cool.  Friday I did homeschool with the kids, then got started after lunch on my cakes.

I didn’t watch the clock, but I decorated for 12-14 hours total.  It was after 2am Friday night (Saturday morning) when I finished up the last cake.  Granted, it wasn’t non-stop decorating, but it really was a lot of work!

When I finally got a shower and laid down, my legs and feet were aching like crazy!  The good thing was I had them all delivered by noon Saturday.  Afer that I got to relax and recoup the rest of the day.

So … let me show you the cakes: 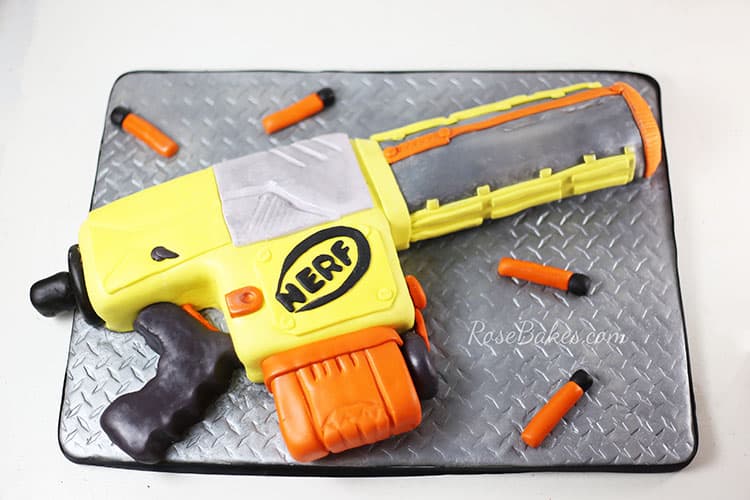 First up – I finished this Nerf Gun Cake.  My client had sent me a picture of the Nerf Gun she wanted made into cake.  I enlarged it slightly (for the purpose of having enough cake servings) and took a little creative license by simplifying some of the details.

Lately I’m obsessed with having really cool cake boards.  For this one, I did a silver, diamond-plated texture on the board.  It was done with homemade marshmallow fondant, silver edible spray and this diamond plate texture mat from Autumn Carpenter. 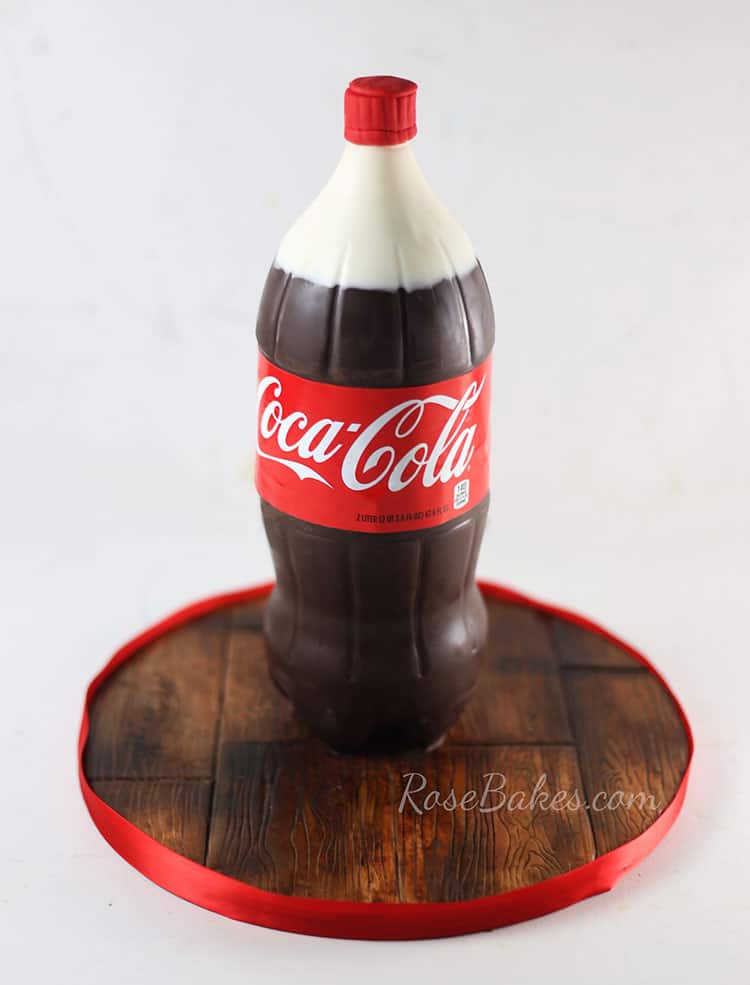 Next I finished up this Bottle of Coca-Cola Cake.  It turned out so fantastic in the end, but if you want to know the truth, it wasn’t as easy as the video I saw on Facebook implied.   In fact, just to show you that I struggle as much as any cake decorator out there, this is my first attempt: 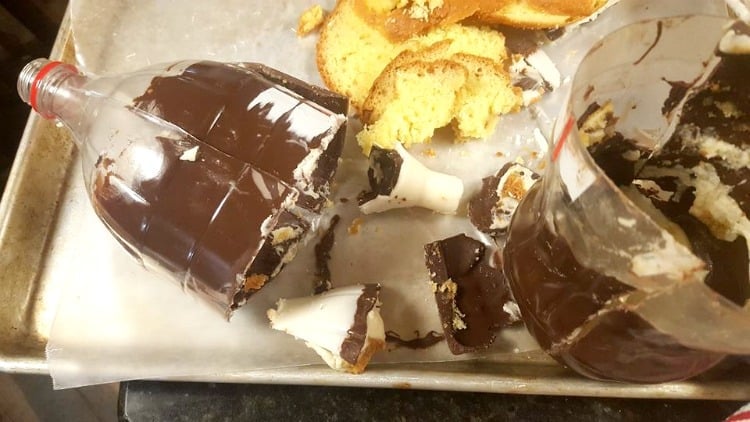 I actually went through three 2-liter bottles of Coke, lots of extra chocolate and cake before getting it right.  And it still wasn’t perfect, but I was satisfied! Next time I’ll do better 🙂

I again made the board really interesting by doing wood grain!  In the end, it was pretty and amazing how much it ended up looking like a real 2-liter bottle: 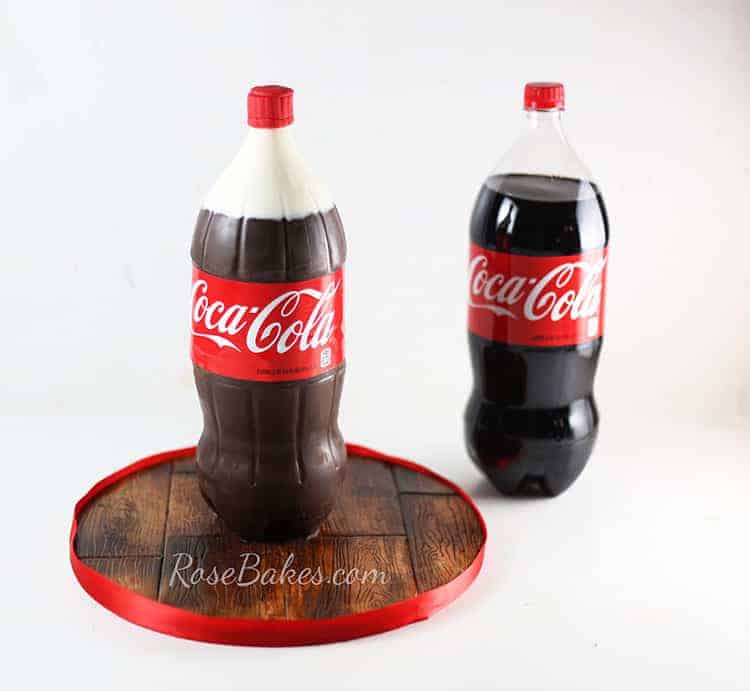 I never realized how “black” Coca-Cola looks in the bottle until I put it next to the dark chocolate I used for the cake.  Oh well 😉  This thing was 99% edible – the only thing not edible was the label from the original bottle.  Also, I’m not sure this qualifies as cake decorating… I really didn’t decorate anything beyond the board.  The rest of it was learning to work with poured chocolate. 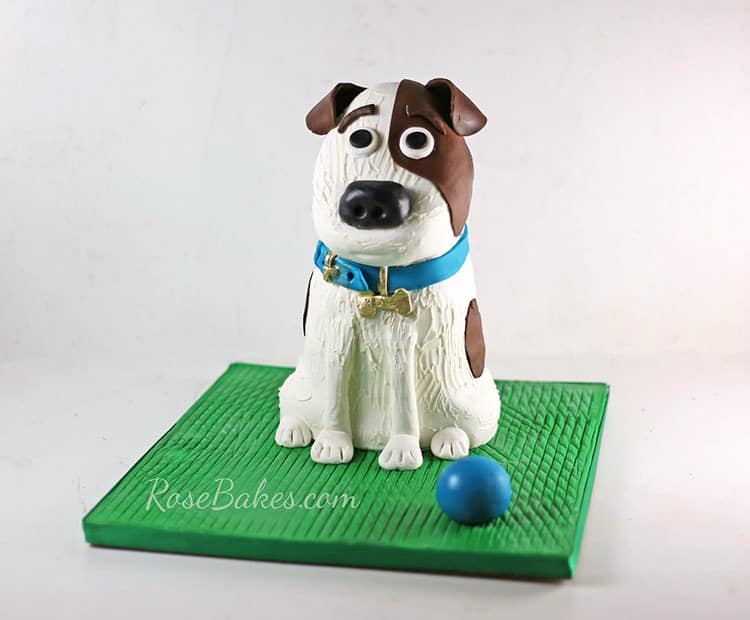 Last was this Max Cake from the Secret Life of Pets.  This was absolutely a first for me!!  Other than a catfish cake (which does not stand up!), I don’t think I’ve ever carved a 3-D animal.  My 5 year old (thank you kids for ALL the honesty) told me he was a too “fat”, but other than that complaint, everybody else thought he was super cute!

He was vanilla cake with vanilla buttercream, then covered in homemade marshmallow fondant and I used white ganache for texture (or fur).   I also used some cake ball dough to add extra shape for his back legs & snout/head.

Max really wasn’t hard to make but I sure did worry until I knew he’d made it to the party in one piece and still in the upright position!  He was a little top/front heavy with his snout sticking out without support and that is scary ya’ll!

So that’s that!   I’d love to see what cake decorating adventures you had this weekend… come on over to All Things Cake and you can leave a pic in the comments HERE!

Previous Post: « I’m still alive!! Here’s what I’ve been up to…
Next Post: How to Get Bright Red Buttercream Icing »