While baking the Superman (bursting out of the cake) Cake, the Ladybug Cake, and the Power Rangers cake last weekend, I ended up with random leftover batter here and there.  So... I baked 4th of July: Stars & Stripes Cupcakes! 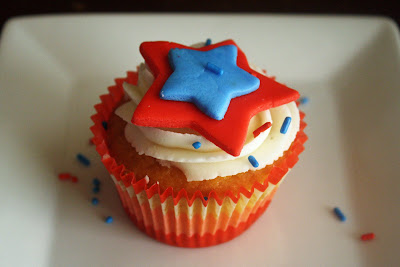 On Monday, when the dust had settled from all that baking and decorating, I pulled out the cupcakes and decided to decorate them! 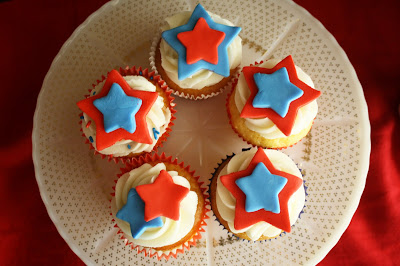 Since the 4th of July is right around the corner and I had leftover blue and red fondant, I thought it would be a perfect opportunity to fancy up some Stars & Stripes cupcakes. 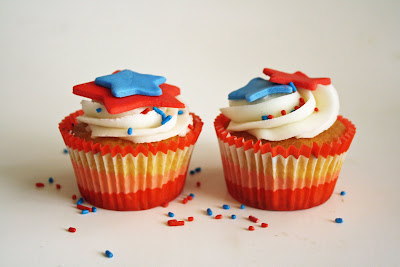 I had those adorable striped cupcake liners already on hand (I had striped blue ones too, but they didn't make it into photos because my hubby and kids got to the cupcakes before I got to my camera!), and I thought it was a fun play on "Stars and Stripes." 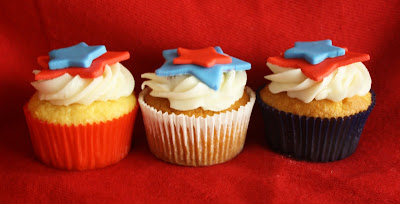 I also had some solid colored cups, so I did a few of those too!  Anywho... I did have my camera on hand while I was decorating and I thought I'd show you a quick tutorial on how to make these super simple cupcakes! 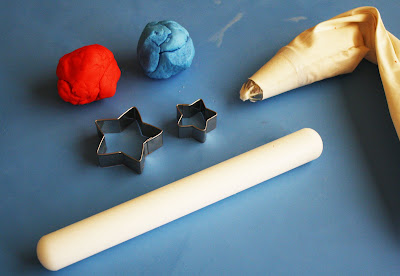 I used a 1M star tip for the vanilla buttercream frosting.  I also use my Wilton 9" rolling pin, my Ateco mat and my Wilton star cutters.

So, I piped on the buttercream first. 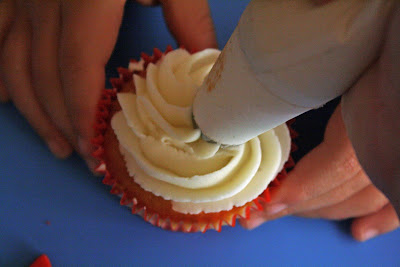 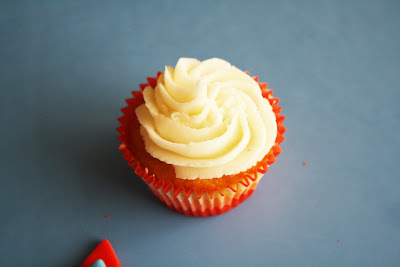 Then I rolled out the fondant and cut the stars (super easy!). 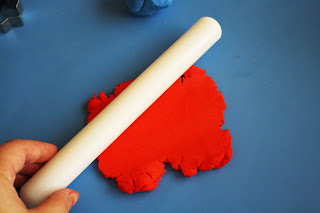 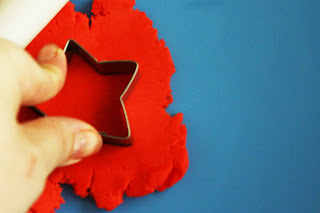 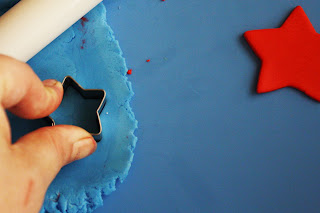 I stacked the stars to give a little more "depth" to the decorations, then just laid them right on the buttercream and pressed down a little bit.  You might want to use a tiny drop of water to "glue" the stars together if your fondant is really dry, but it is so hot & humid in southern MS, my fondant was not at all dry! 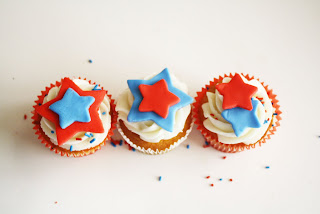 I added a few sprinkles to some of the cupcakes as a final touch... and that's it!

These cupcakes were vanilla cake with vanilla buttercream, decorated with marshmallow fondant!