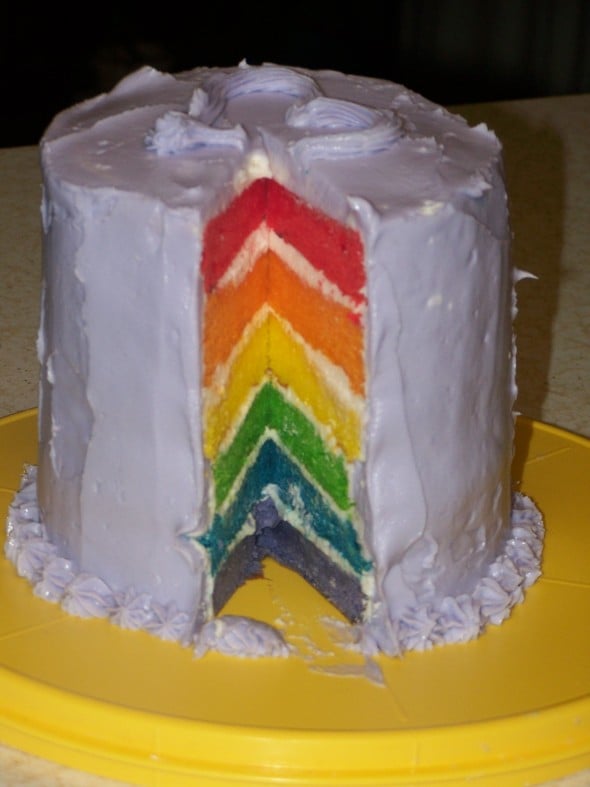 From the first time I saw a "rainbow on the inside" cake,  I knew I had to make one...or two or three.  It's such a pretty, bright, happy cake.  Even if you aren't a decorator or a baker - this cake is easy to make and the prettiness on the inside means you don't have to make it pretty on the outside.  Or that's my opinion.  If anyone cares.

So, I made my first rainbow cake within a week of seeing that one.  It was not super pretty.  It was whop-sided and the colors weren't nearly as intense as I wanted!

The next one I made was Noah's birthday cake.  I added a lot more color that time and it turned out so much brighter and prettier!

So, after posting his cake on here and on my Facebook page, I got several requests about how to make this cake.   I know it's taken awhile for me to get around to it, but finally, this past week while making the wedding cake, I had some extra batter sitting around and I decided to make a rainbow cake with it.  So...here's the tutorial!

Please note, I didn't have enough batter to make a full-size cake, so the cake pictured is with 6" pans but the recipe is for 8" or 9" pans.

You'll need a double recipe of this wedding cake recipe.   Don't make 2 batches in the same bowl...or you can I guess, but I do one at a time.  Divide each bowl of batter into 3 small bowls (about a 1 ½ cups each - I used my kitchen scale for accuracy, but it's not that serious) - for a total of 6 bowls. 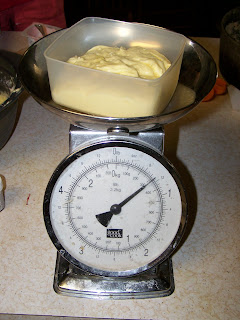 You'll then color each bowl of batter - for each color of your rainbow (I like to make them intense - bright colors!). 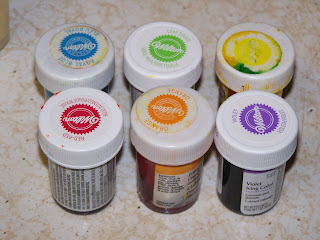 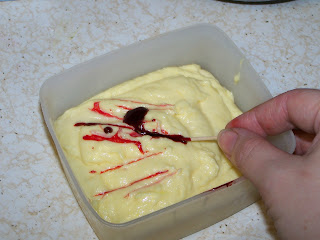 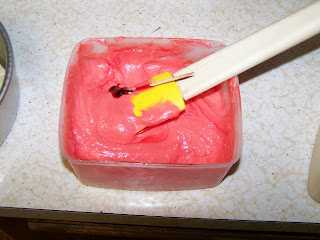 Then pour each batter into a lined pan (see how I line mine here)... 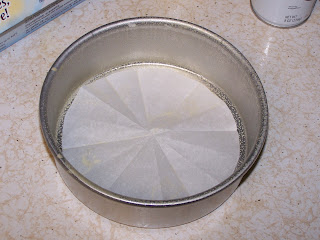 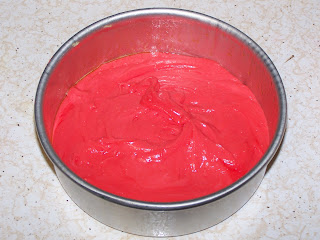 Next you'll bake the layers for about 10-15 minutes each at 350 degrees.  Then you'll need to let them cool completely... Once cooled, I just stack them up, putting icing between each layer.  When you're using the 8"-9" pans, you might want to stick a straw or dowel rod down the middle to make the cake stable.  I didn't do it for this cake, but it would've helped it to not be so wobbly. 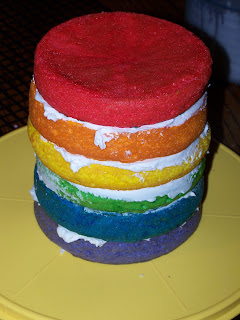 If I had had a bigger cake or if it had been for someone other than my kids, I would have trimmed up some of these bulging edges, but this one was so small, I just iced over it and let it go.  My kids were my only 'customer' and they certainly didn't care!! 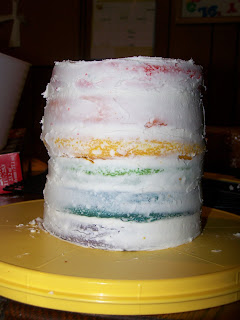 After letting that first layer of icing crust over, I covered it with some leftover lavender buttercream from this magnolia cake. 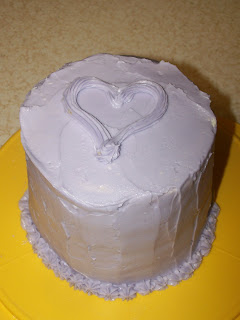 After that, it took about 3 seconds for the kids to ask if we could eat it... 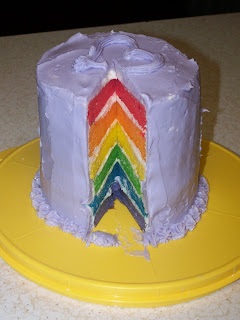 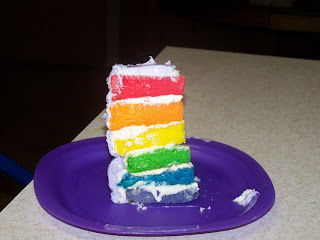 If you have questions about this cake, please leave them in the comments and I’ll answer!