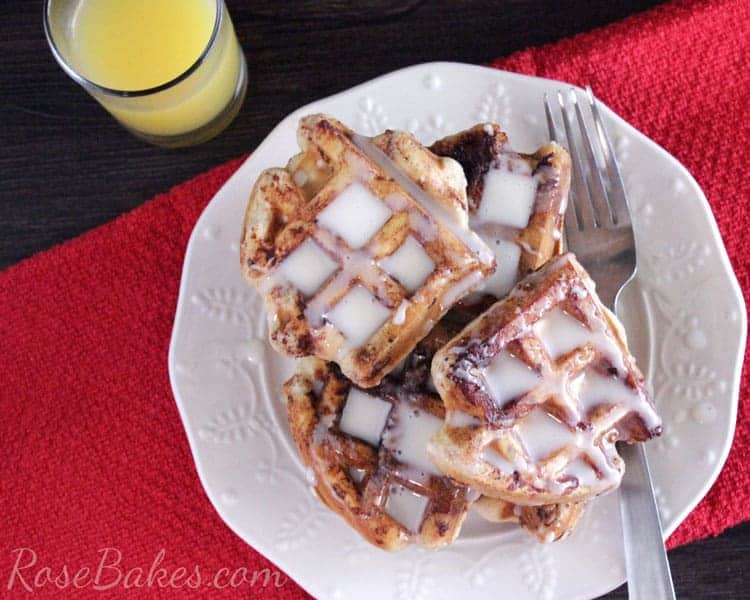 It's been more than a year since I first made these amazingly Easy Cinnamon Roll Waffles and I can't believe I'm just now sharing them!   They're so easy that my kids can (and do!) make them.

In fact, my son Caleb (who just celebrated his 14th birthday) actually made the ones in this post.   He's such a "helper" at heart and he always wants to learn new things and do what I'm doing or what his Daddy is doing.

And waffles?  Well, they're "his thing".  Remember me telling you that we bought him a waffle iron for his birthday a couple of years ago?  Yeah... it's still paying off!

Are you ready?    All you need is a can of Pillsbury Cinnamon Rolls, a splash of milk, and a waffle iron and you're all set to make this amazing breakfast! 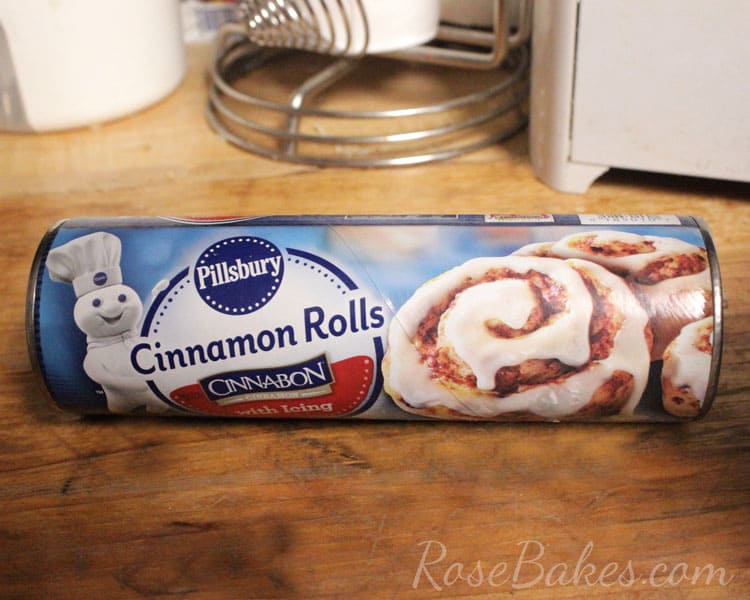 I used these... just your standard Pillsbury Cinnamon Rolls.  But you could use any variety you like and I'm sure they'd be just as good!

First - heat up your waffle iron, then give it a quick spray of non-stick cooking spray.  Yes, our waffle iron is "non-stick", but I still find that the waffles pop loose easier with a little spray.  You may or may not need to do that. 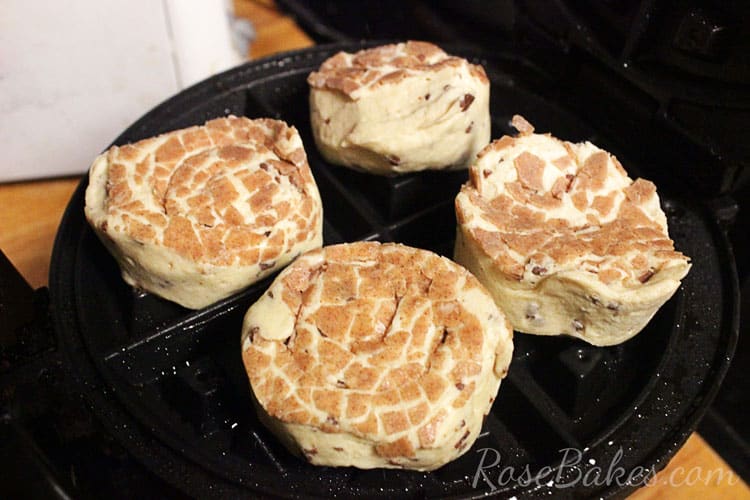 We have a round waffle iron, so we lay four cinnamon rolls onto the iron... one in the center of each quarter of the waffle iron.  Depending on the size and shape of your waffle iron,  this might be different for you. 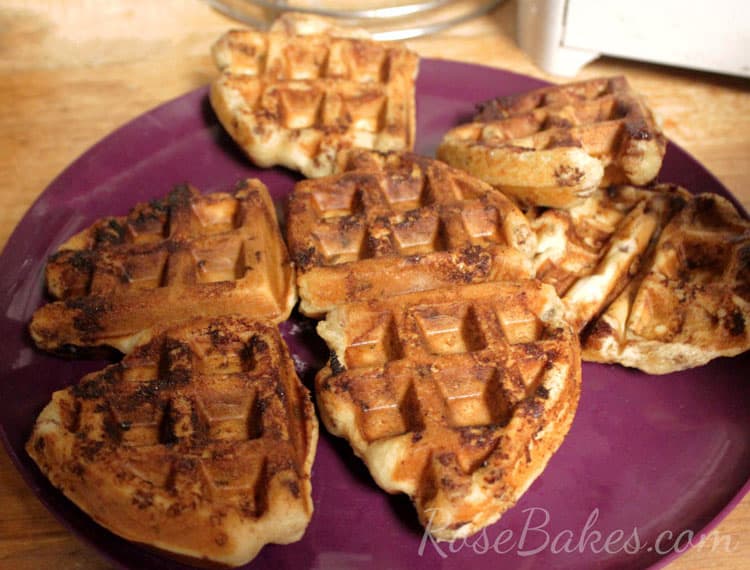 Close your griddle and cook for 3-4 minutes.   I prefer mine less "crispy" and still a little soft in the middle, so 3 minutes is usually perfect for me.  My kiddo likes his waffles a little on the crunchy side, so he cooks them longer. Use a fork to life them out of the waffle iron and the hard work is done! 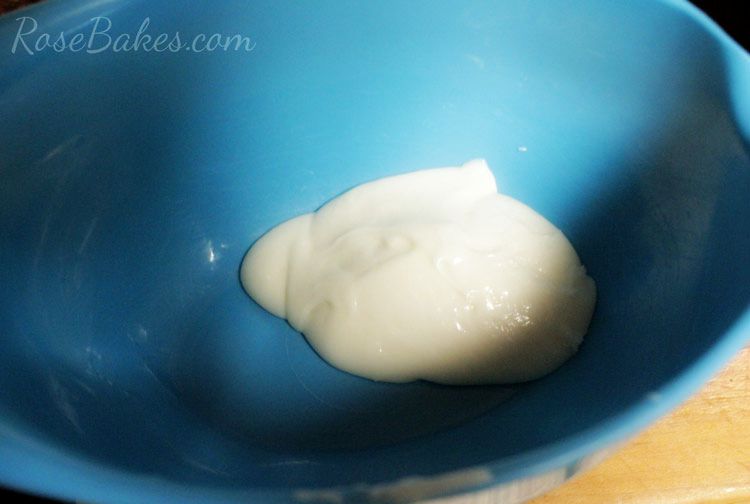 Now, scrape your icing (from the can) into a small mixing bowl and whisk in a splash of milk until you have a "syrup" consistency.  I never really measure but I imagine it's 1-2 tablespoons of milk. 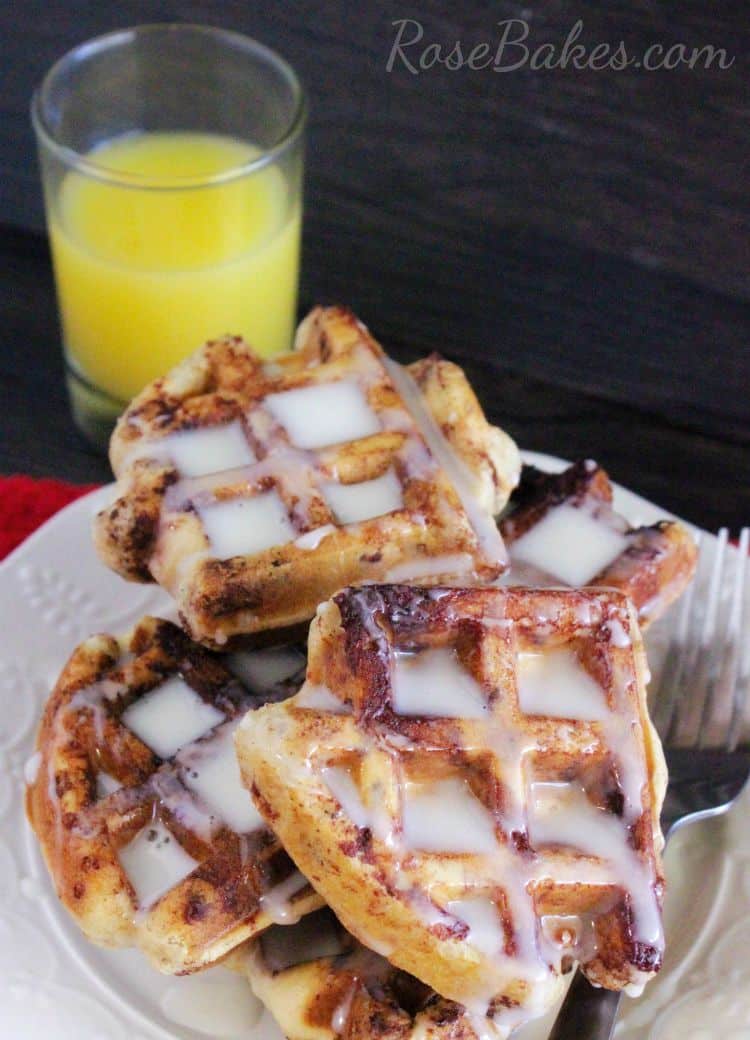 Then drizzle the icing syrup over the top of your warm waffles and enjoy!  How easy is THAT?

PS.  I remember that I originally saw this idea on Pinterest but I couldn't begin to give credit to anyone since it was so long ago.  If you go on Pinterest now and look up "Cinnamon Roll Waffles" - there are dozens of posts about them.

Here's the printable "recipe"... if you can even call it a recipe 😉

These Cinnamon Roll Waffles are made with canned Pillsbury Cinnamon Rolls. They are delicious and super easy!