This Frog & Turtle Baby Shower Cake design was inspired by the invitation for the Baby Shower. It was a vanilla cake with vanilla buttercream, covered and decorated with homemade marshmallow fondant. 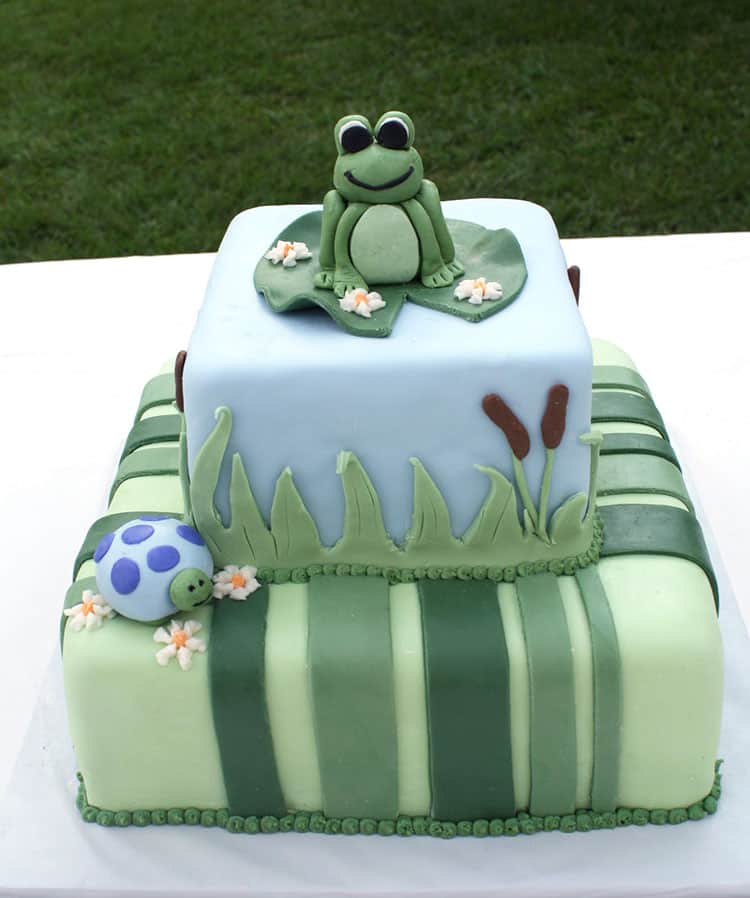 So I have a thing: I hate frogs.  As in... I hate them more than just about any other creature on earth. Spider? No worries. Snakes? No biggie. Roaches... okay - I also hate roaches. But frogs are the worst.  I even wrote an entire post about it awhile back here. 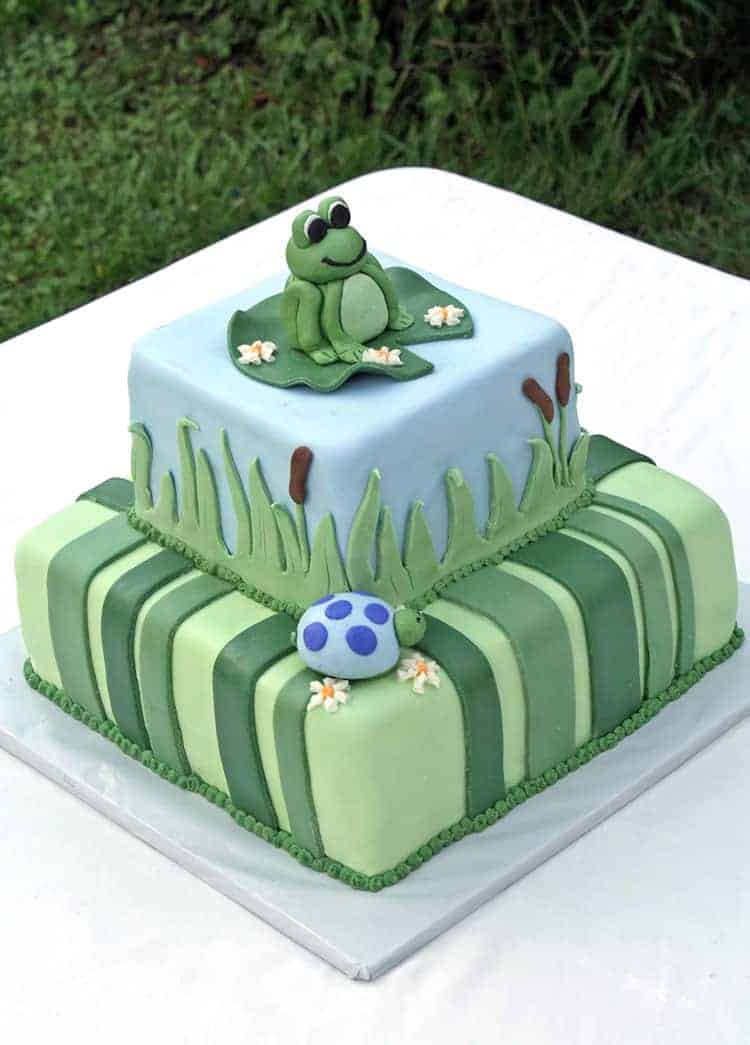 But back in 2011 when I was asked to do this cake, I was just starting/growing my cake business and I pretty much took every order that I was asked about. Including this Frog & Turtle Baby Shower Cake.

And looking back, I was pretty busy that weekend. I also made a Hannah Montana cake and a Peace Sign Rainbow cake.  Now if you click through those links - just be aware. I haven't had time to update them all and the pics are sort of wonky. 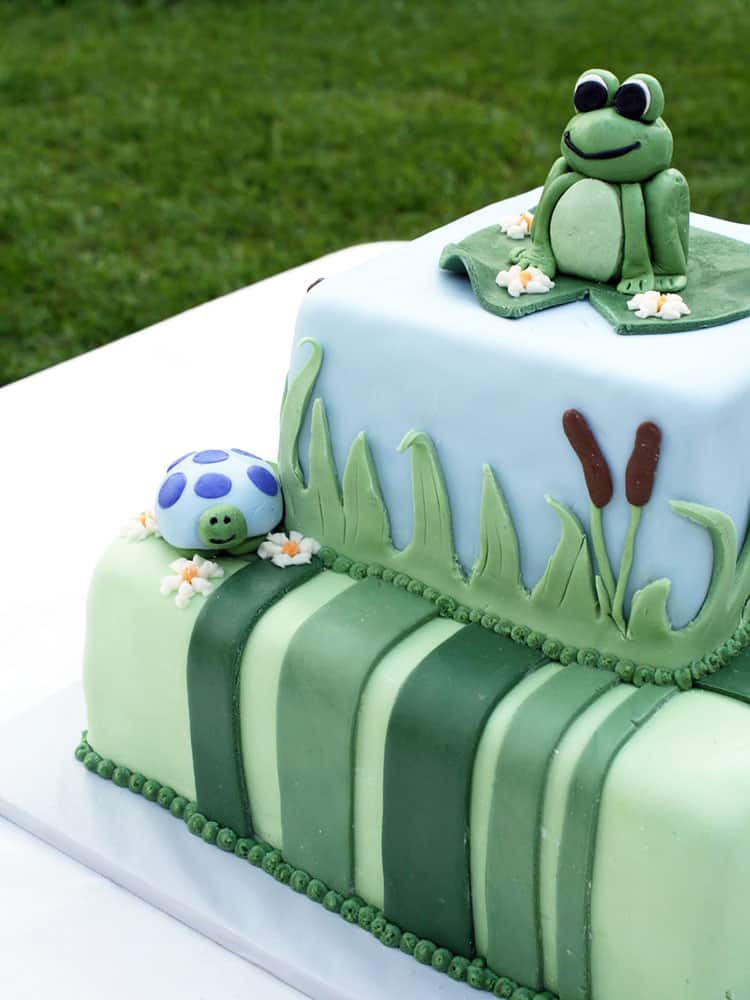 Anyway... this is obviously a cake I did a long time ago and I had also written a post about it, so here's the story of how I ended up doing this cake:

On the Wednesday before that weekend, I received a call from a sweet lady who was desperate for a cake.

Due to the flooding in Natchez, MS (about 40 minutes from my home), the cake order she had placed had been canceled and she couldn't find anyone available to do the cake because nearly everybody in the area was worried about the flooding and evacuations. 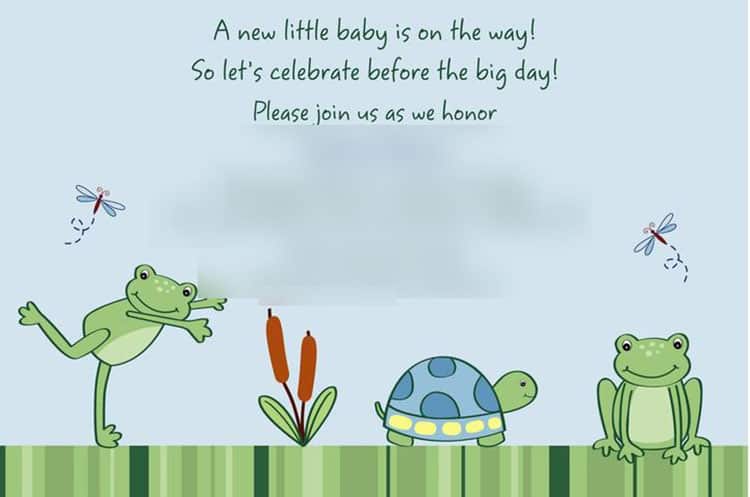 She asked if I could do a cake, sort of "last minute" and I agreed. She emailed me this invitation to work from and I took off!  Even with my terror of frogs, the invitation  was really cute and as I said before, I was taking almost every order I was asked to do.

But I'm so glad I did - the cake turned out pretty adorable too! 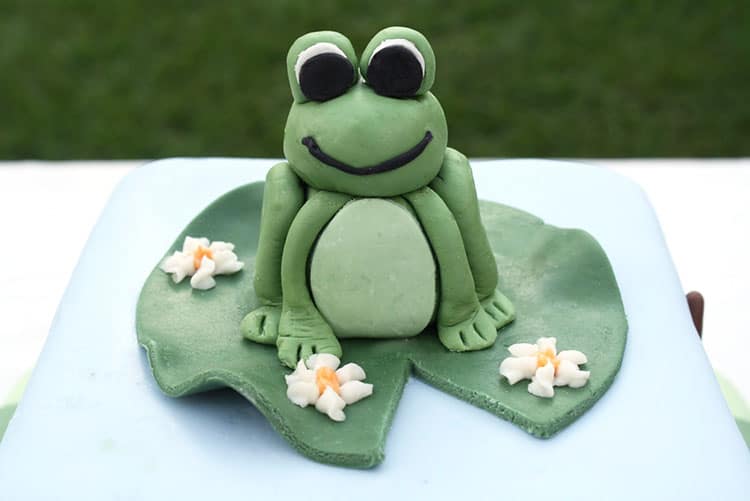 For the 3D decorations, I added tylose to the fondant before making the figures so they'd dry hard and stand up.  There was the frog on top and also a tiny little turtle: 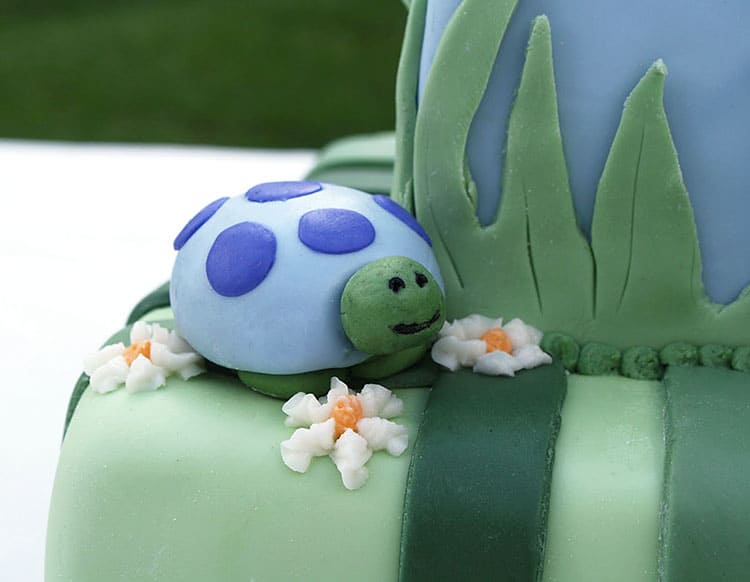 If you're interested in learning to sculpt fondant (or gumpaste) animals, don't ask me... haha! Instead, I recommend this Craftsy class. No one makes cuter fondant animals than Sharon Wee!

My decorating skills were somewhat lacking back then but I still think the cake turned out great considering I'd only been doing cakes a few months at that time.

And that's all I've got for you I think. I've enjoyed sharing this "old" cake with you and updating with a few new details. If you have any questions (or comments), leave me a comment!