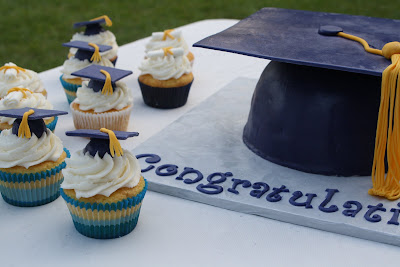 Last week I had an order for a graduation cap cake and cupcakes.  I'd never done one before, but it seemed easy enough! 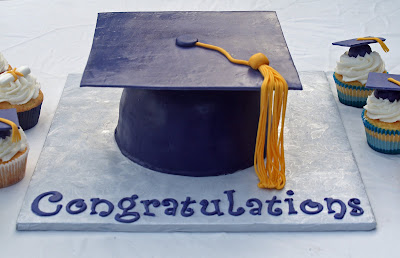 I used a Wilton Ball Pan and an additional 6" cake pan for the "cap".   I baked cake in both and stacked the ball on top of the trimmed 6" cake with a generous layer of vanilla buttercream in between. 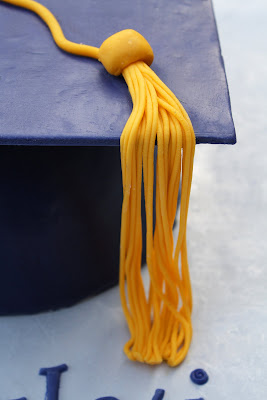 In addition to the cake, I made cupcakes to match. 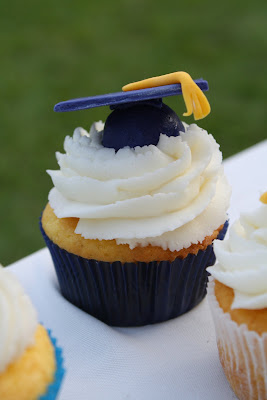 Half had graduation caps. 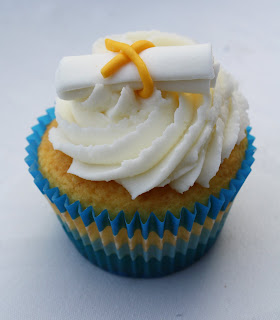 Half had diplomas.  Both were made with fondant!  These were really fun and turned out very cute!!

The cupcakes were vanilla cake with vanilla buttercream.    Do you have any questions?  Leave me a comment!