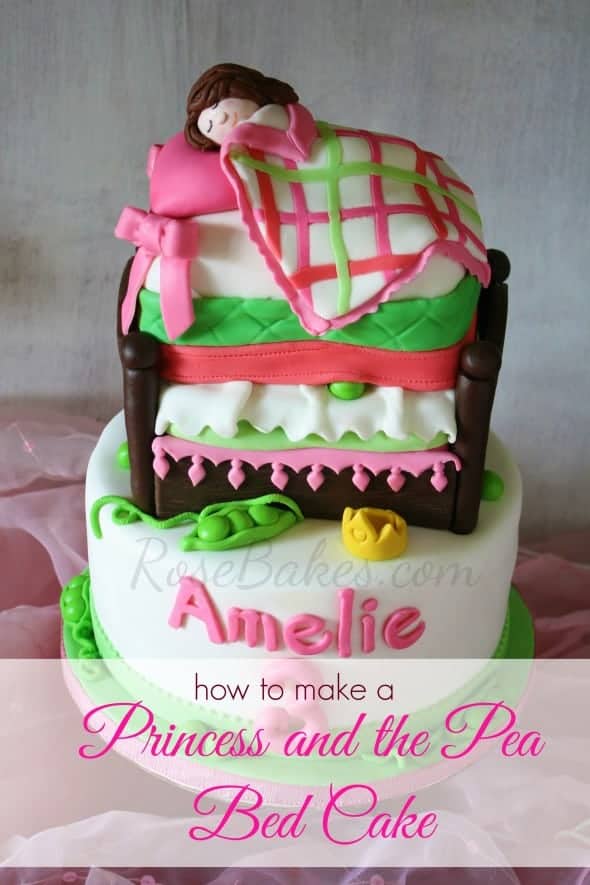 Tonight I got a comment on this Princess & the Pea Cake asking if I'd share the step-by-step pics.  Then I started reading the other comments and realized that other's had asked about it also but I hadn't ever posted it.  I was just about to reply that I didn't have any pics of putting it together (assuming that's why I never shared) when I realized that I actually do.     So... I'm gonna share a tutorial for How to Make a Princess & the Pea Bed Cake.

Unfortunately, I don't have all of the steps, so that's probably why I ended up deciding to not share (or I just forgot because sometimes I'm flaky that way), but just because Judy asked (and all of the others!) - I'll give ya'll what I've got! 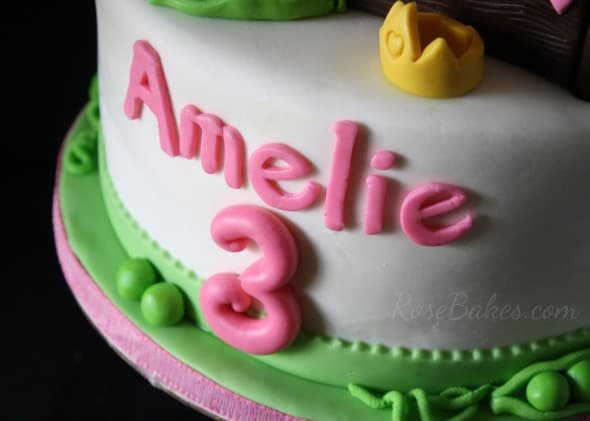 The bottom of this cake was simply an 8" round vanilla cake with 2 layers, frosted and filled with buttercream then covered and decorated with homemade marshmallow  fondant.  You can see my (very old and ugly) posts about how I do that here (I really really need to update those!).

And then there's the top... 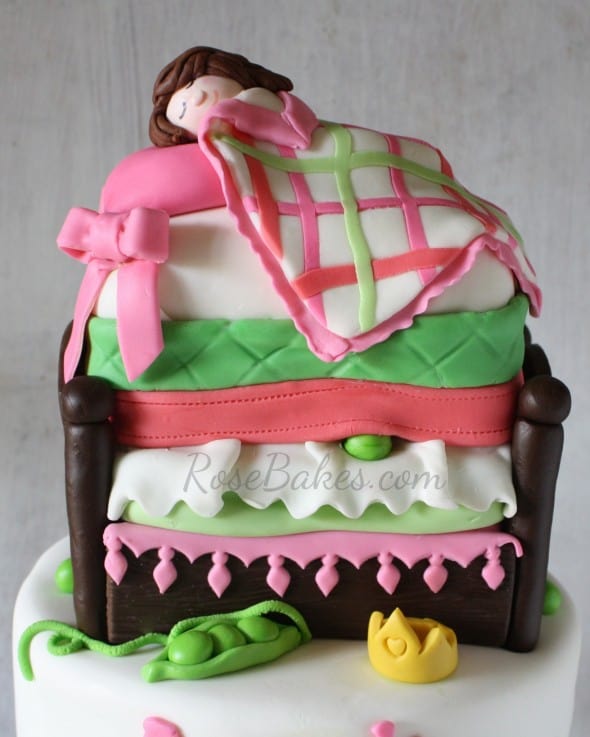 To start with, I baked a cake in this alphabet cake pan: 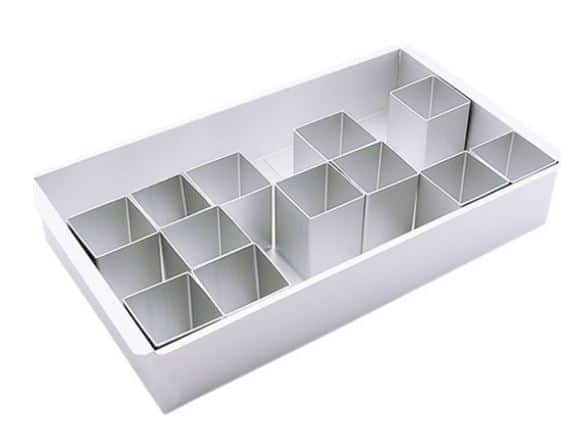 Then I started stacking and filling... 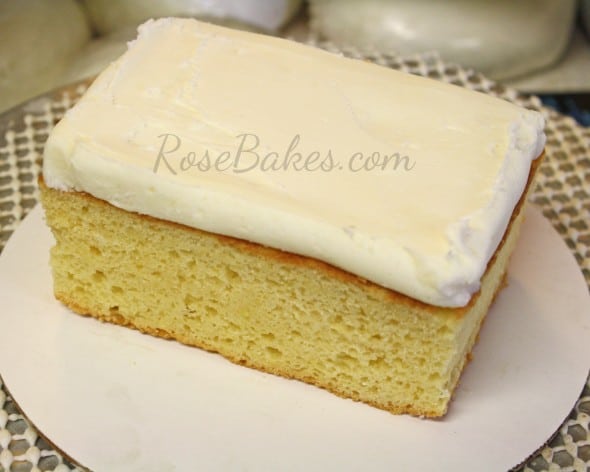 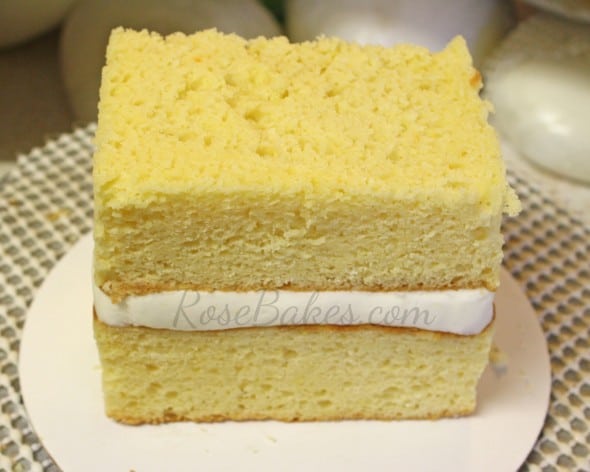 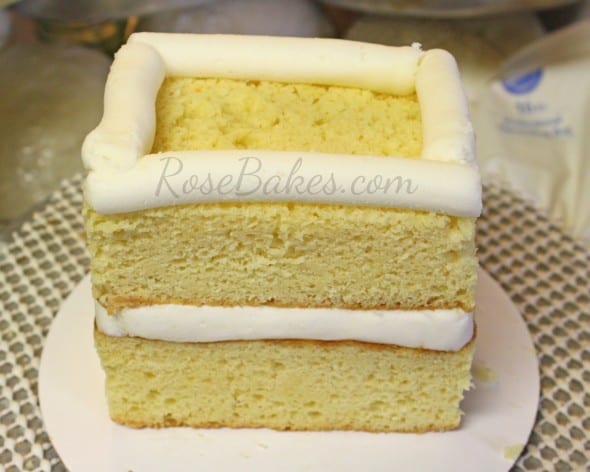 When I got to the top, I shaved off the ends to give it a curved/dome effect: 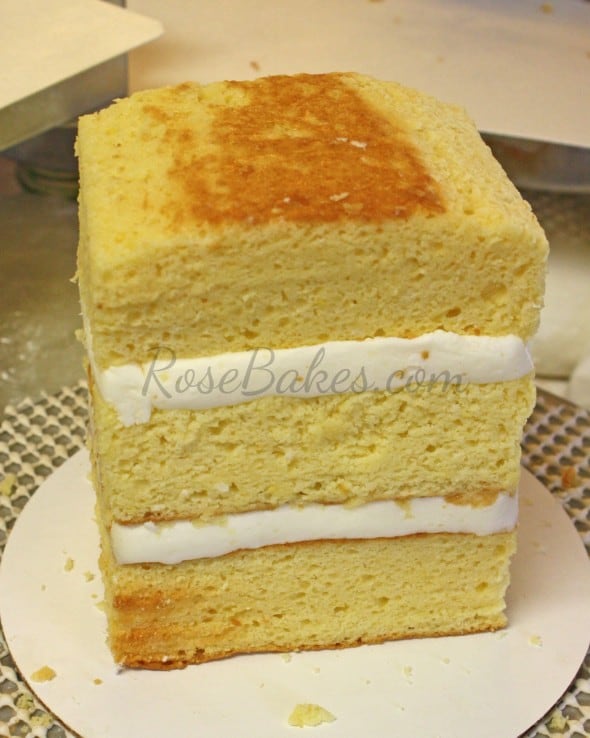 Then I crumb-coated the whole thing: 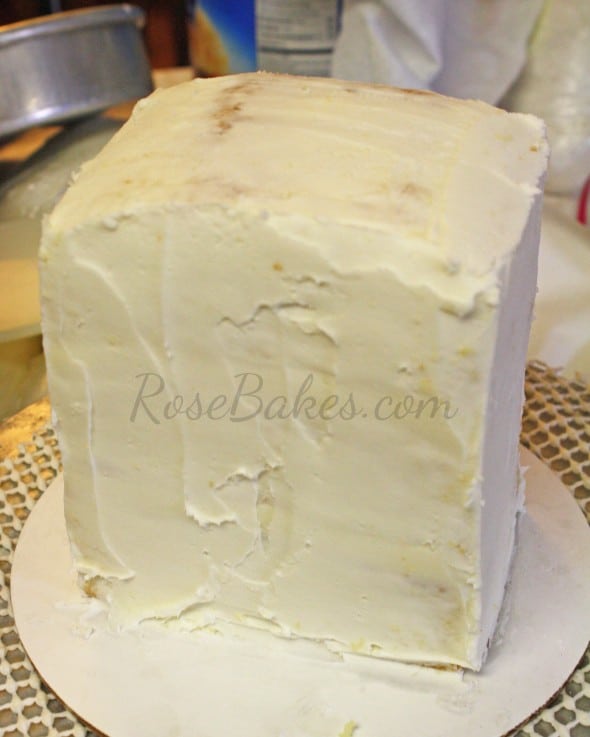 Next I covered the whole thing in homemade marshmallow fondant: 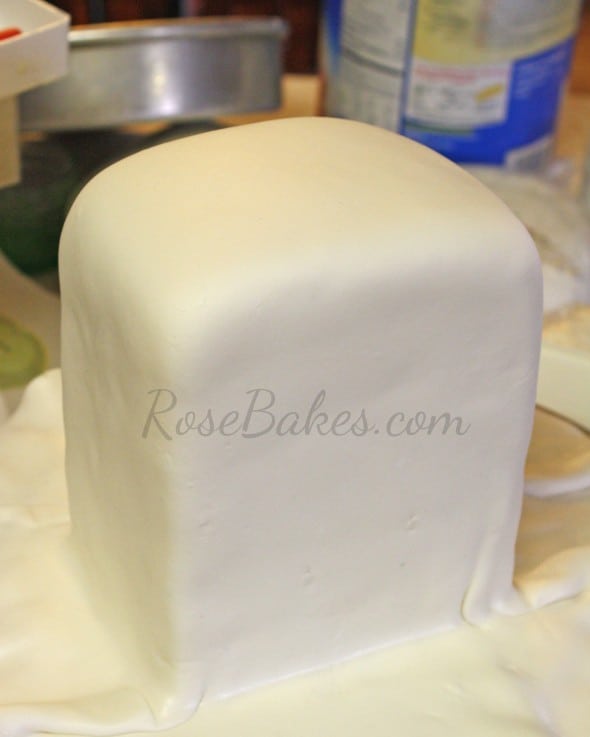 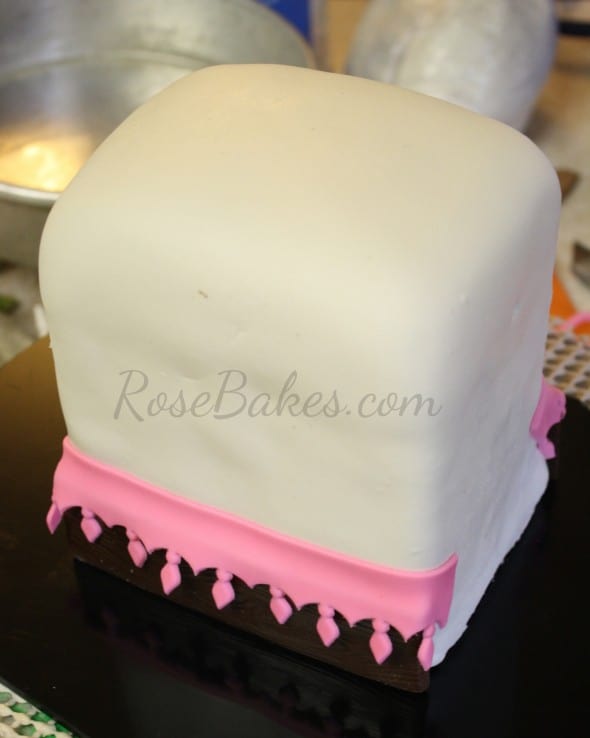 I glued them on with sugar glue - on each side, but not the ends. 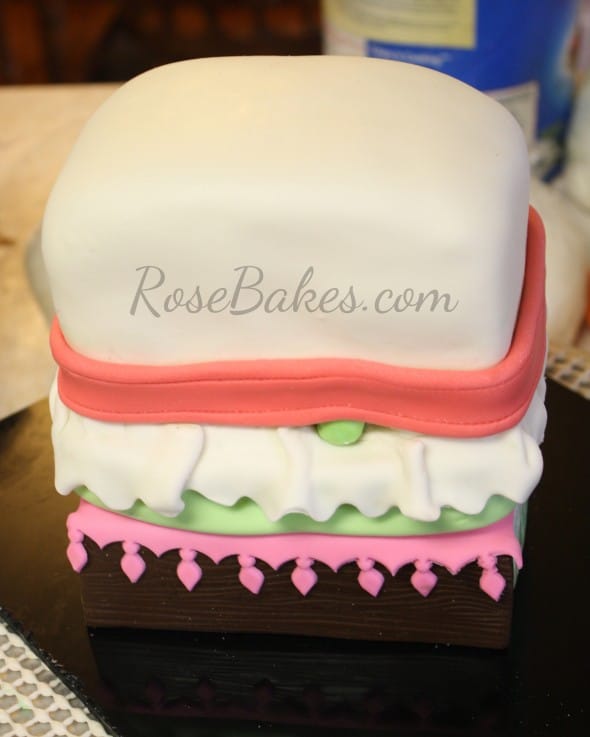 And sadly, that's the last picture I took of putting it together. 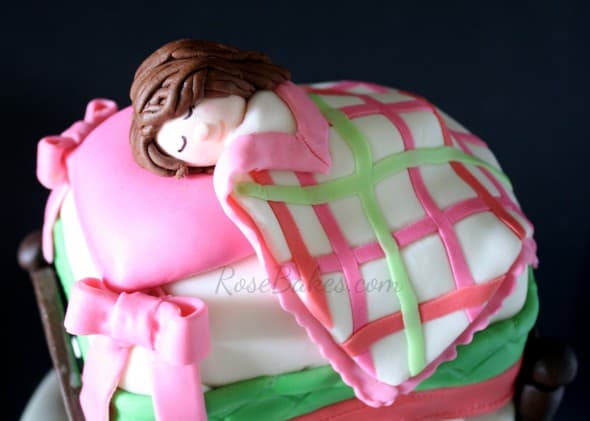 Obviously, I finished up the mattresses, then I added on the pillow, the girl (just a head with a "log" of fondant under the covers), and the blanket and bows.  When I got it almost completely decorated, I put it on top of the 8" round cake.  I used bubble tea straws and a dowel rod - the same way I did it in this how to stack cakes tutorial.

Then after it was on top, I added the bed posts and the foot board and head board: 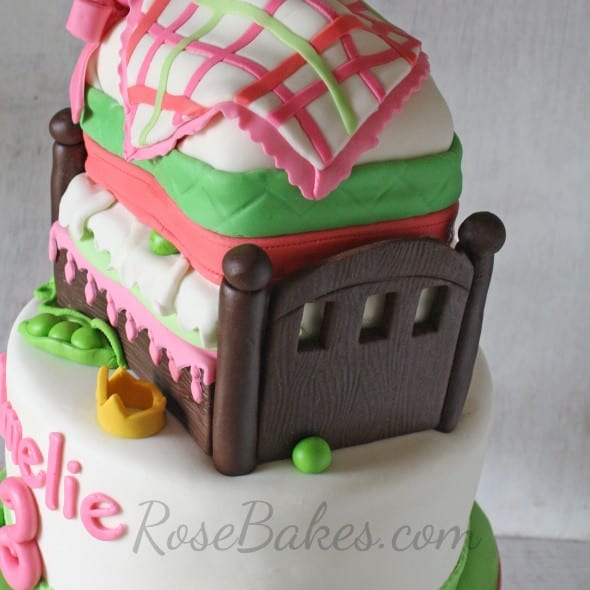 I had made those a a few days before by adding tylose to brown (chocolate) fondant, then rolling it out and adding the wood texture with a wood grain texture mat.  I used some mini cutters to cut out the rectangle shapes and used the edge of a round pan to cut the curved top edges. 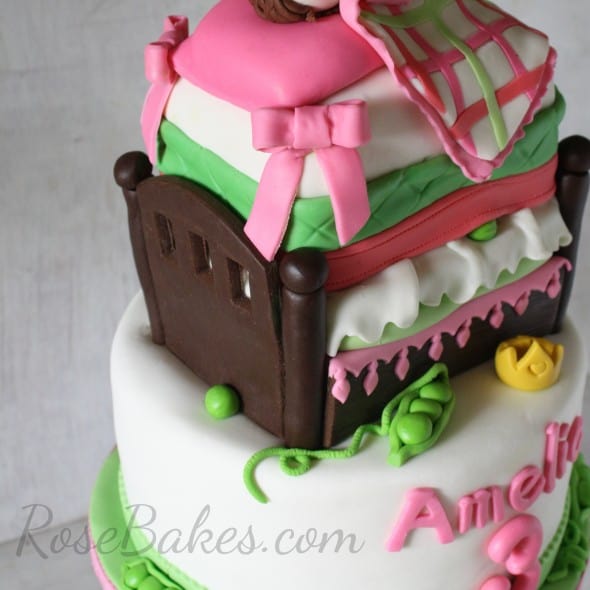 For the posts, I rolled out snakes of the brown fondant stuck them on a bamboo skewer, then added a ball to the top.  When I was ready to attach the head board and foot boards to the cake, I used sugar glue, then pushed the skewers/posts into each corner.

Looking back, I should've figured out a better way to attach the boards to the end.  My sweet customer called me shortly before the party and said one of them was coming off.  I talked her through melting a marshmallow to use for "glue" and getting it back on there to stand up, but I would definitely do something different if I made this cake again!

If you're interested in any other details, check out my original Princess and the Pea Cake post - I might have shared it there.  If not, leave me a comment and I'll answer it and help out if I can!