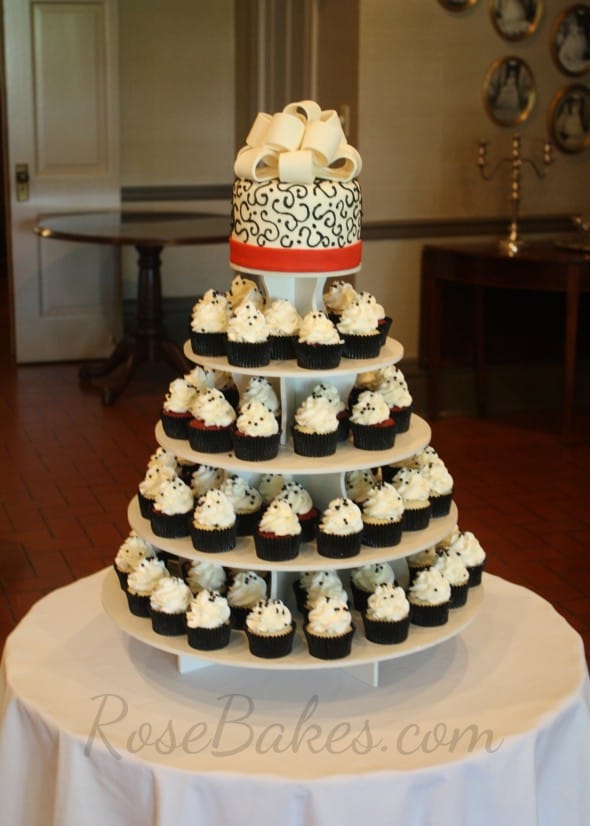 Today I want to share with you a Red, Black and White Wedding Cake and Cupcake Tower.  The pics are going to be interesting for you today…

The lighting was really  low in the hall where I set up the cake, so I tried to take pictures from a few different angles and hoped some of them would turn out good.  The result was a crazy mix of different lights and looks, the top one up there being the most representative (I think) of a naturally lit cake.

And then there was this… 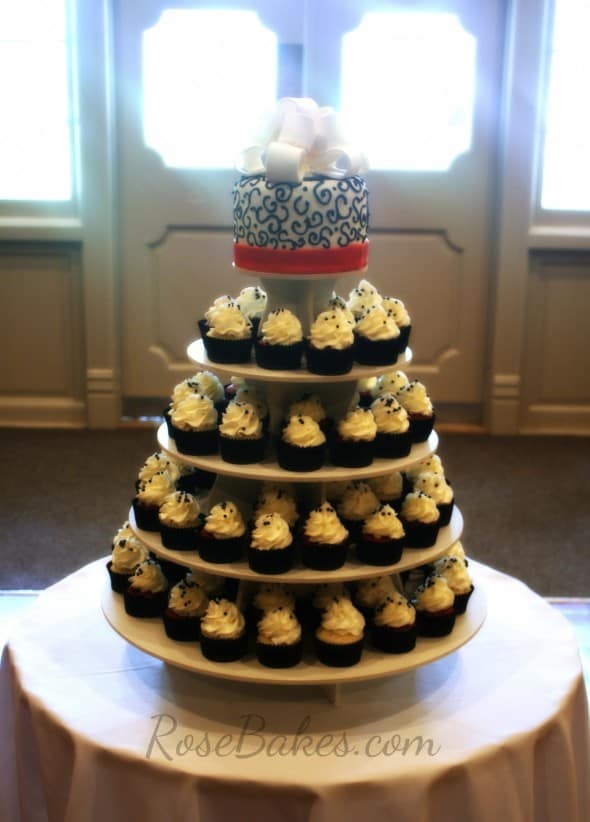 With the windows in the background and the very dim room on this side… the cake appeared to almost glow and had a very yellow cast on it… I like it, but I wish the frosting on the cupcakes appeared more white. 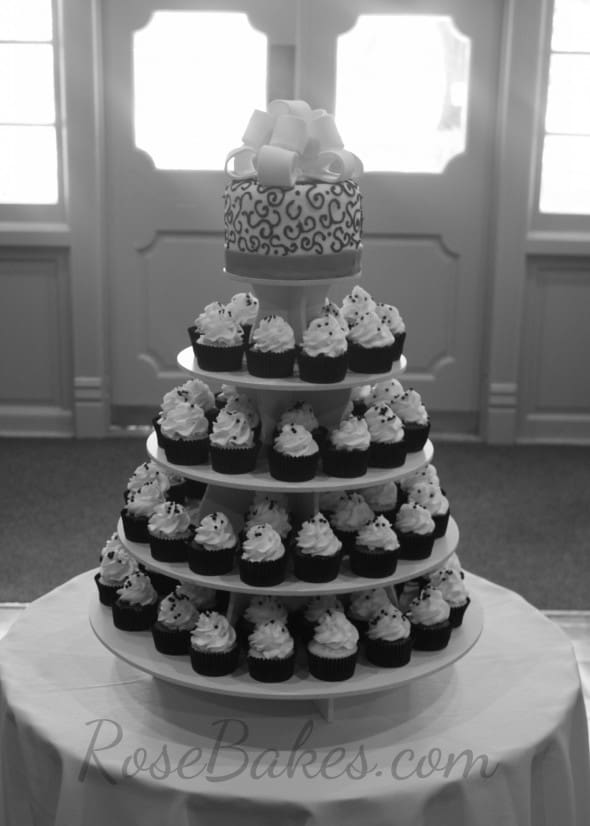 I tried to process it as a black and white photo to see what that did and I like this too, except the red band around the cake didn’t look so hot. 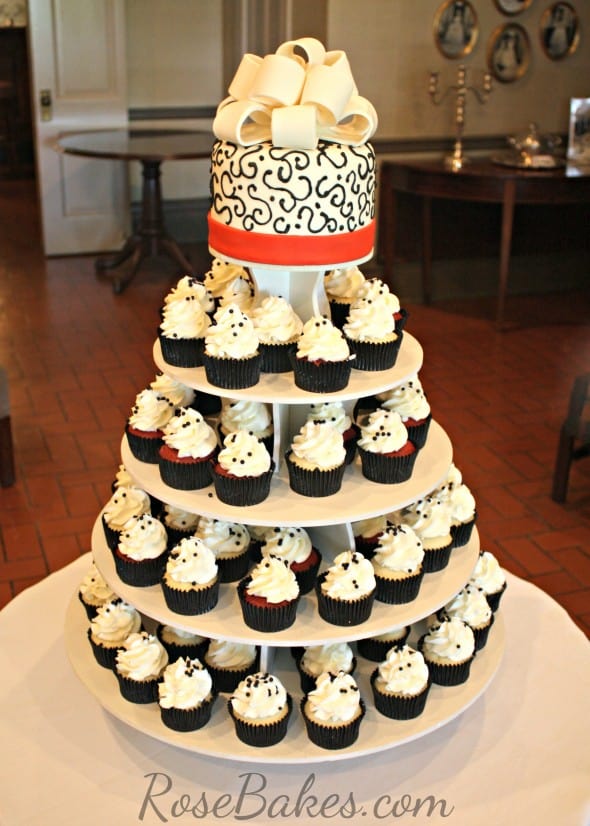 Just for kicks, I took one photo with my flash (I never, ever use my flash) and it was really bright and the most “white” looking, but it was just too… something.

So, back to the first one…

The little top cake was chocolate with vanilla buttercream filling and frosting. 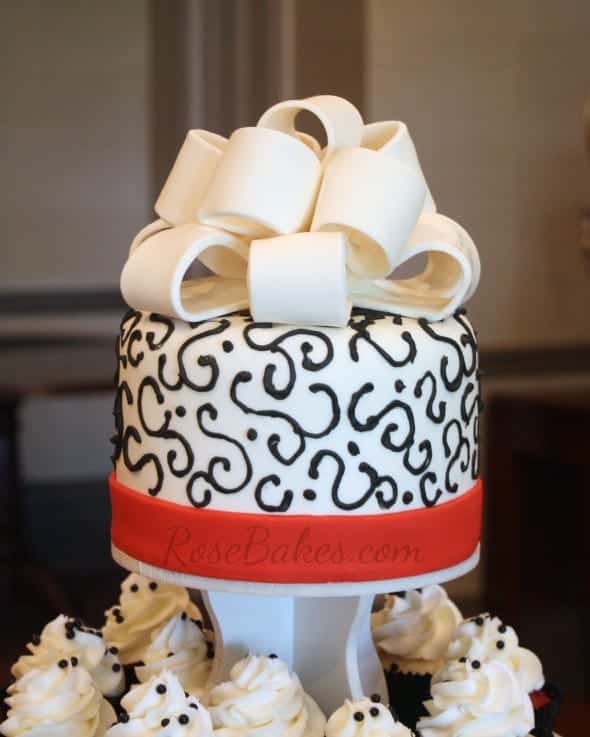 I covered it in homemade marshmallow fondant and then, as the bride requested, piped on black royal icing for the design, a red fondant band for the border and the big white bow topper.

See how to do a ribbon border here and how to make a big poofy fondant bow here. 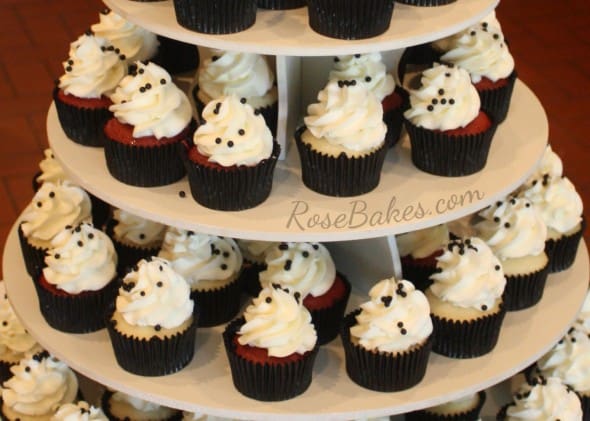 The cupcakes were white almond sour cream and red velvet.  I topped them with vanilla buttercream (see how to frost a cupcake like a pro video here) and then added black sugar pearls.

And that’s it!  Do you have any questions about this wedding cake and cupcake tower?  Leave me a question or comment!