Way way back, in April of 2014, I had this Vintage Tea Party Doll Cake on my schedule.  Little did I know it would turn into a tear-jerker for me.

First off, my client sent me a picture of a cake by Shawna McGreevy.  No pressure, right?  I mean... Shawna's designs are flawless.  Perfection.  Awe-inspiring. 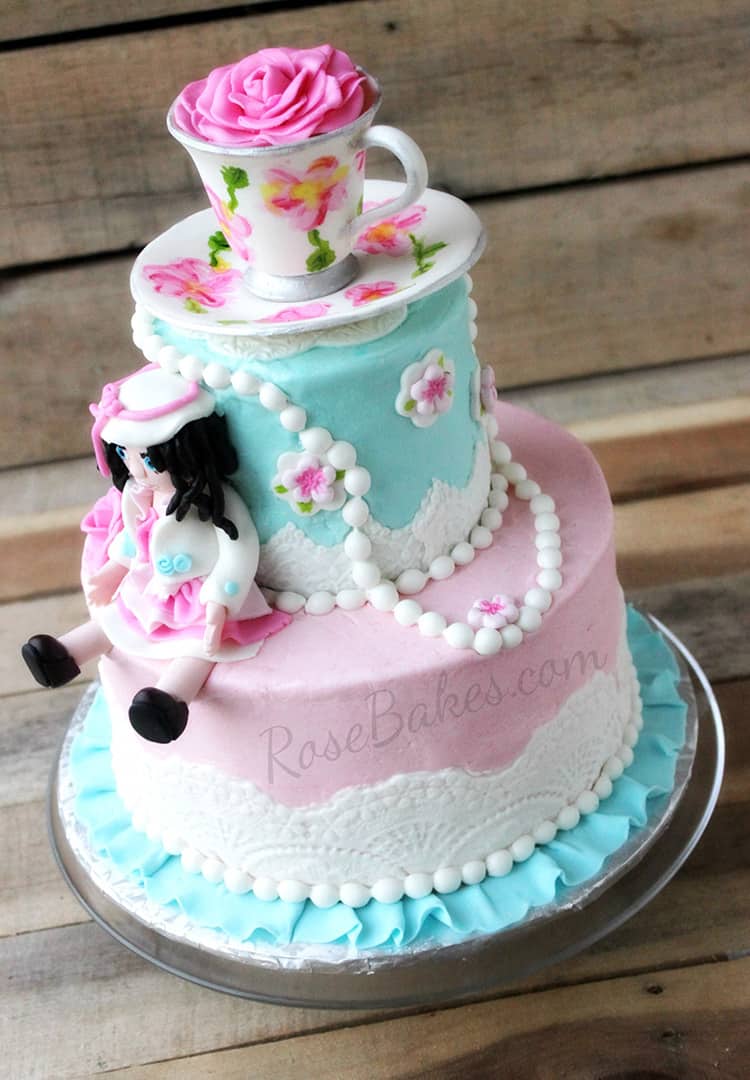 I didn't have to make the cake as big as Shawna's nor with quite as many details, but still... I was scared.   Funny thing was... the part of the cake that most intimidated me was the teacup.  I was terrified of making a teacup out of gum paste.

However, after buying a $5 tutorial from Shawna, that part of the cake wasn't so bad.  In fact, I was pretty proud of my very first teacup... and even the rose I made to go in it: 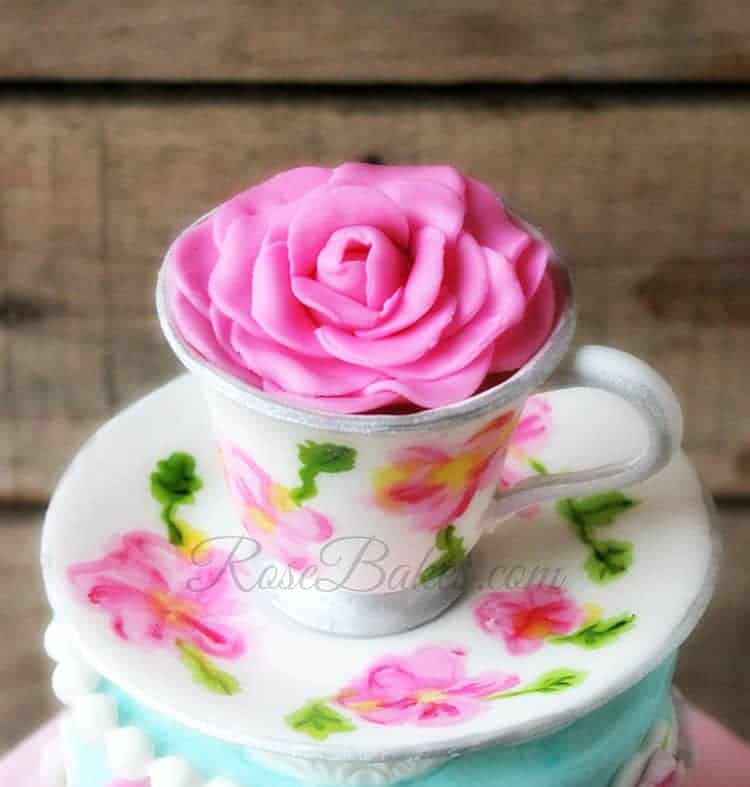 I was totally winging it on the rose, and still... it turned out not-too-shabby.  Two years later I can look at it and see the petals needed to be thinner and I could probably do better now, but still... it was good.

Instead, wanna guess what nearly killed me?

I had no clue how hard it was to make a face not look like a horror movie character.   Just the fact that I'm about to share this picture makes me shudder... but I will share anyway: 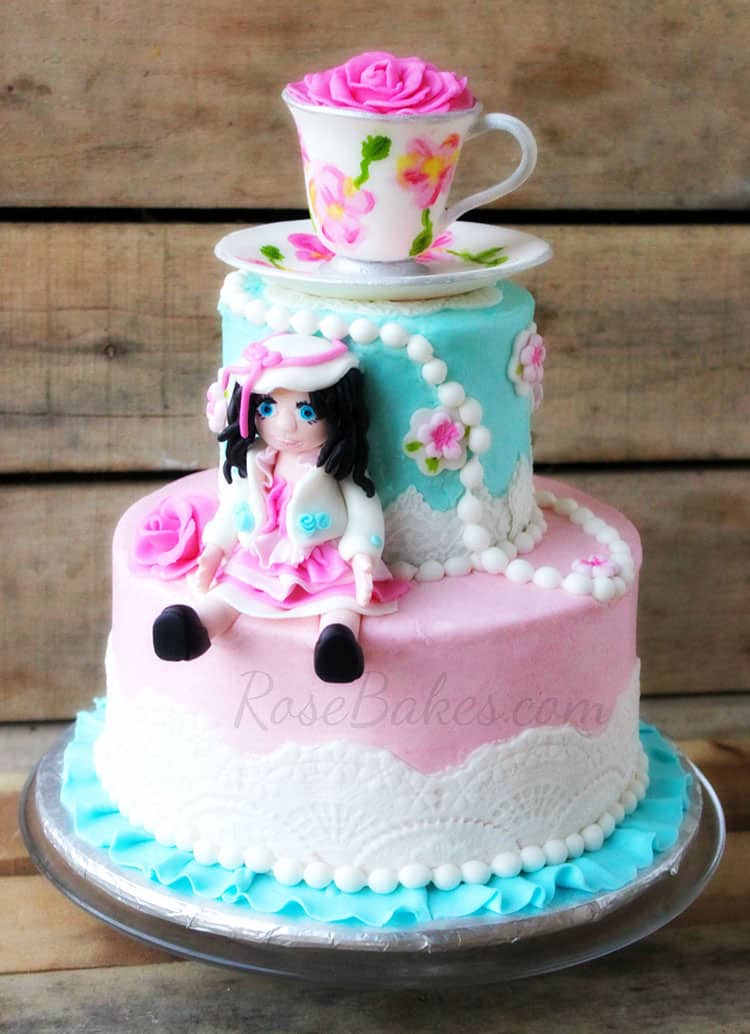 I loved her sweet little dress.  The ruffles, the tiny rosettes.   I even managed to make her hands look proportional and not freakish.  But that face... only a mother could love a face like that 😉  Ha! 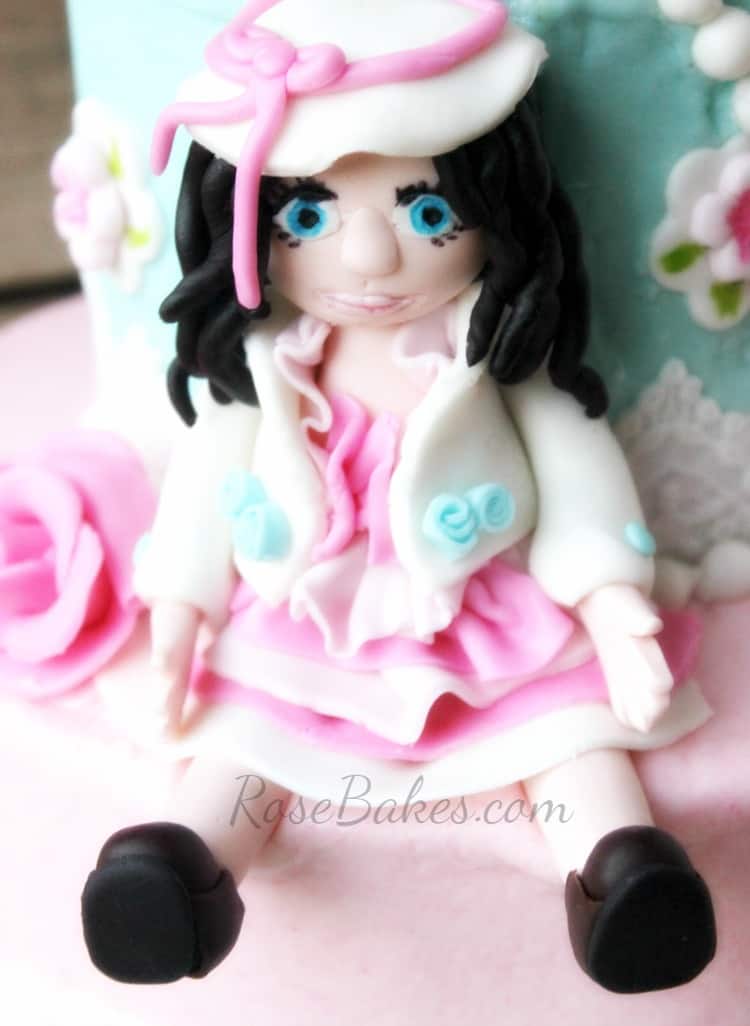 In fact, I was downright embarrassed when my customer picked up the cake.

She, on the other hand thought it was great (or she was too kind to say otherwise).  I'm going to lean toward her kindness vs. her thinking the doll was "great", but ya know - I'm a realist.

Anyway... the bottom line is, I learned a powerful lesson.  Wanna know what it was?  I am NOT a face sculptor.

Side note... a year later (in February 2015) I had the opportunity to take a class with Shawna McGreevy.  The topic?  Sculpting this adorable perfect little Teddy Bear Girl Doll.   As I had previously learned and was confirmed in this class... I am still, in fact, not a face sculptor!  Haha!  Sometimes you've just gotta know your limits!

But I did have fun in the class and it was so much fun getting to meet Shawna.

Alrighty, now that I've shown you maybe the ugliest thing I've ever done with cake (her face, namely... I love the rest of the cake), let me tell you which tools I used and give you a few tips!

Do you have any other questions - leave me a comment!