The past 5 days have been a complete blur of fun and excitement and exhaustion.   Since I haven't blogged in several days and I don't have new cake pics edited to share, I decided instead to catch you up on my non-cakey life.  Ultimately, I'm going to write about Our Eclipse 2017 Trip (disregard this post if you're sick of hearing about it), but I'm going to back up a few days first.

It was a whirlwind of cleaning and packing and prepping for 3 days of (cabin) camping with 16 youth/kids from our church.  My husband and I, along with my brother and his wife and my 20 year old son Joshua (included in the pic below) loaded up and went to Natchez State Park to spend some unplugged time with the kids in our church. 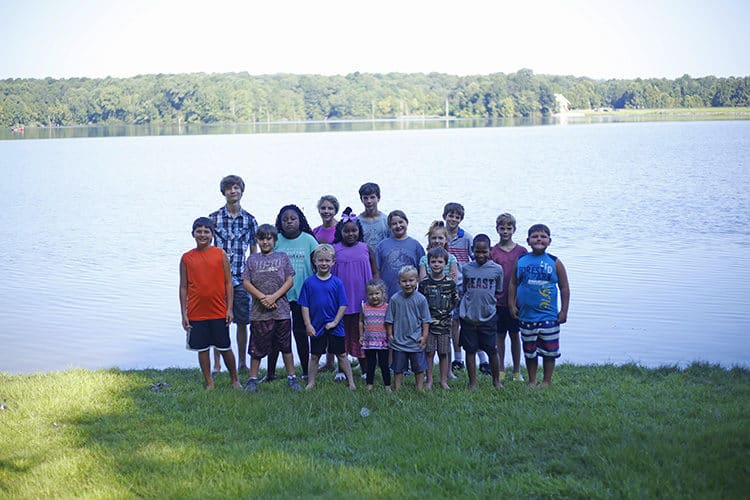 While the other adults chaperoned cabins full of kids, I had the (mostly) easier job.  I shared a cabin with my two oldest sons and got to be responsible for all of the meals for the weekend.  I cooked and then hosted everybody for each meal so we could all eat together.  Of course, this made me happy because cooking is one of my most favorite things and I love hosting a good meal!

Other than eating (which, by the way, 16 kids eat A LOT OF FOOD and drink A LOT OF DRINKS), the kids spent time fishing, hiking, playing games, crafting and doing Bible studies/devotions.  I had almost zero cell service so I was forced to not work or blog or be online.  And it was good.  I even played with my camera the first night and got some really pretty pics of the kids fishing at dusk: 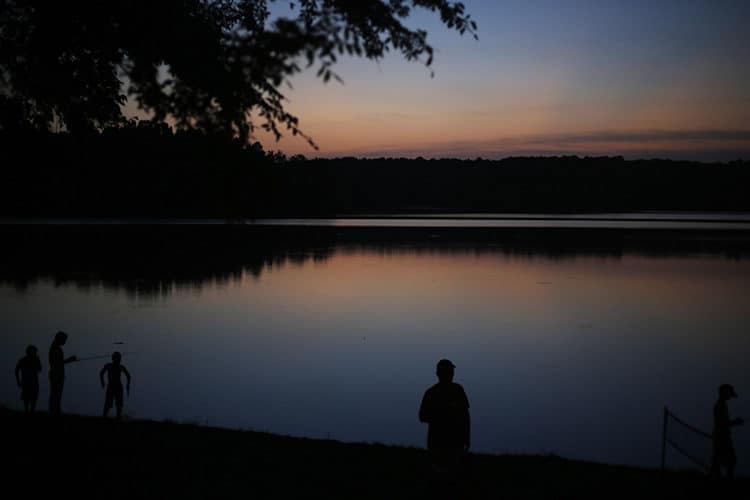 The only three things to complain about were the bugs (chiggers, mosquitos, etc.), the heat, and the lack of sleep.  Granted, without kids in my cabin I had no excuse for not sleeping.

In fact, I slept really good on Friday night (considering I missed my hubby and the cabin bed was not all that great).  But on Saturday night, insomnia kicked in and I was wide awake until almost 3am.  I really hate it when that happens!

But the weekend didn't stop for me to sleep, so on Sunday morning I got up early, cooked breakfast and we packed up to head home.  We arrived at church around 11:30 so the parents could take their kids home after they got out of church and that was that.   When all was said and done, we really had a fantastic weekend!!

Then it was time to go again!

And then, as if I hadn't had enough excitement (and lack of sleep) for one week/weekend, I ended that adventure and promptly started another.  We got home from church just before 1pm and immediatley started unpacking and repacking.  By 2:30pm, I was on the road again. 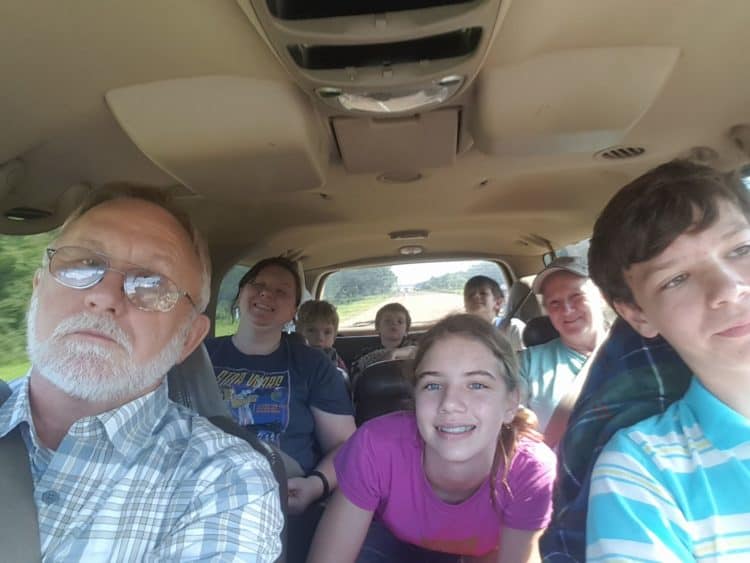 My husband and oldest son couldn't miss work on Monday, so me and 5 of the kids, along with my parents set out to see the Great Eclipse of 2017.  Where we live was only in the 80% zone and after lots of reading and studying, I knew I wanted the kids to see the full effects of the eclipse in the Totality Zone.  The difference was literally night and day (see below). 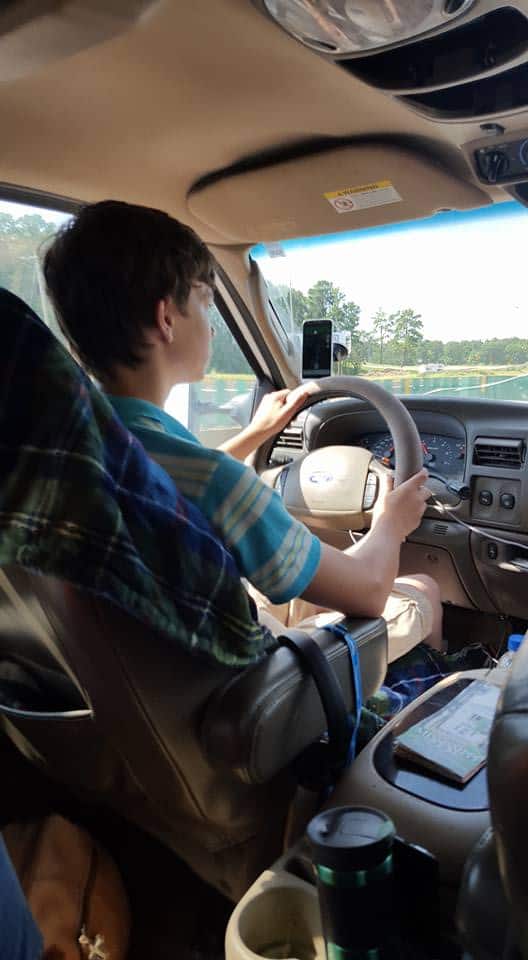 So... we drove to Blytheville, Arkansas on Sunday night - my 15 year old son driving for much of that (he has his learner's permit).  According to my GPS, it should've been about a 5 hour and 20 minute drive, but with 8 people it was actually a 9 hour drive.  Crazy, right?!

Part of that was bathroom stops (hello - 8 people!!), stopping to eat (a sit-down meal vs. drive-through) and the other part was little advertures like realizing we'd left the keys to our luggage carrier at home, so we had to stop and buy a bolt cutter plus a new lock so we'd have clean clothes to wear... haha!

I'm not complaining though.  It was all fun and I wouldn't trade that time with my parents and kids for anything in the world!  So, we arrived at the hotel very late, got showers and hit the bed.

The next morning, after breakfast and repacking the truck, we were back on the road again headed north.  Our hotel in Arkansas was still about 90 miles south of the path of totality (it was the closest hotel I could find). 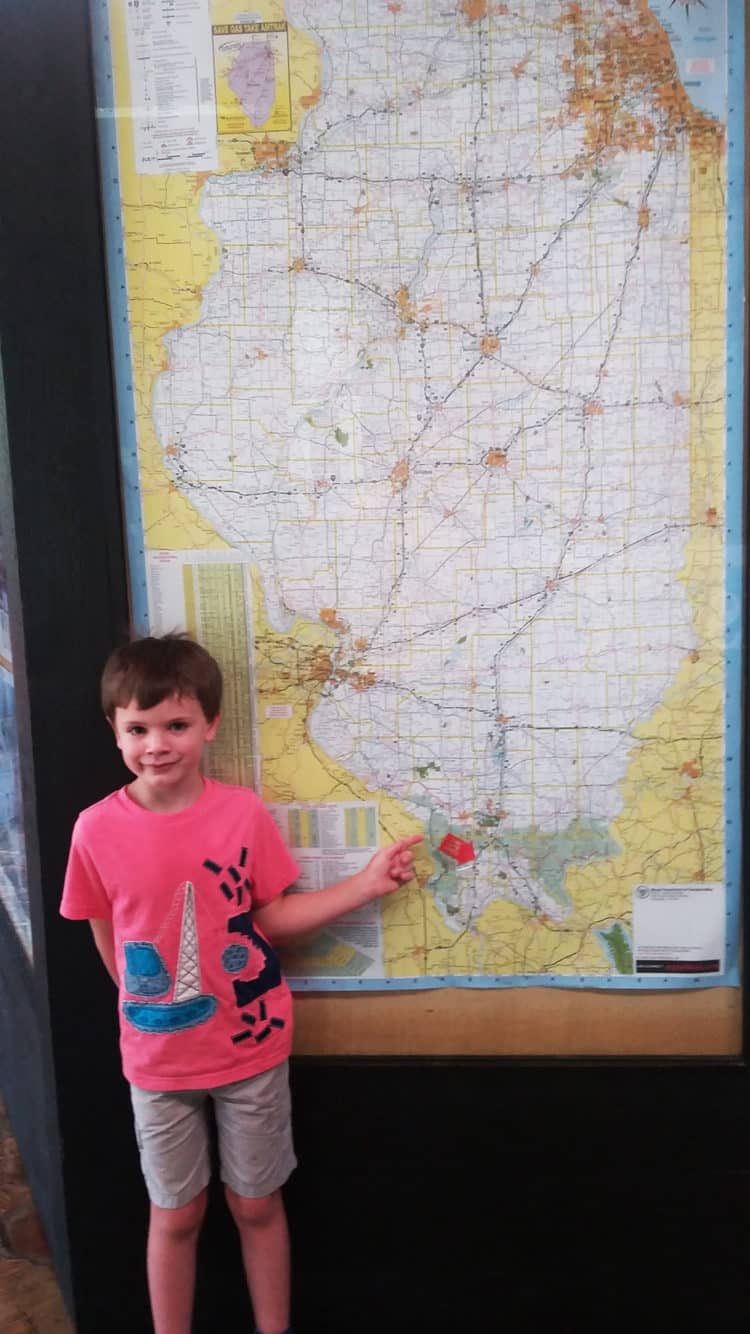 My Daddy and I are both map-lovers, so we scoured the maps, checked NASA.gov a dozen times and finally decided to shoot for a rest area near Anna, Illinois.  Above is my youngest kiddo Asher  - he wanted to point out our location on the big map.

Specifically, we were at the Trail of Tears Rest Area just outside of Anna, on Interstate 57.   It was about 12-15 miles from the center of the path of totality and still in a relatively rural area (we hoped). 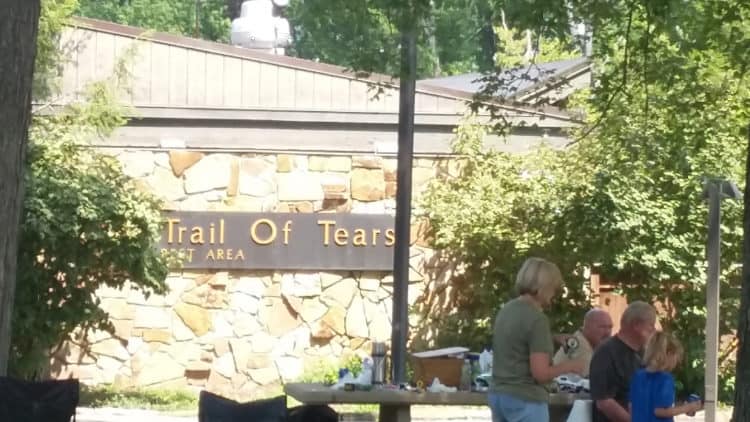 I'd seen the news stories about how traffic was predicted to be insane in more populated areas so we wanted to find somewhere not so popular.   This rest-stop turned out to be a great choice.

Well... it was very popular before it was overwith, but we arrived there about 90 minutes before the total eclipse and we were able to get a good spot, and enjoy the show!  Here are some pics from the rest area: 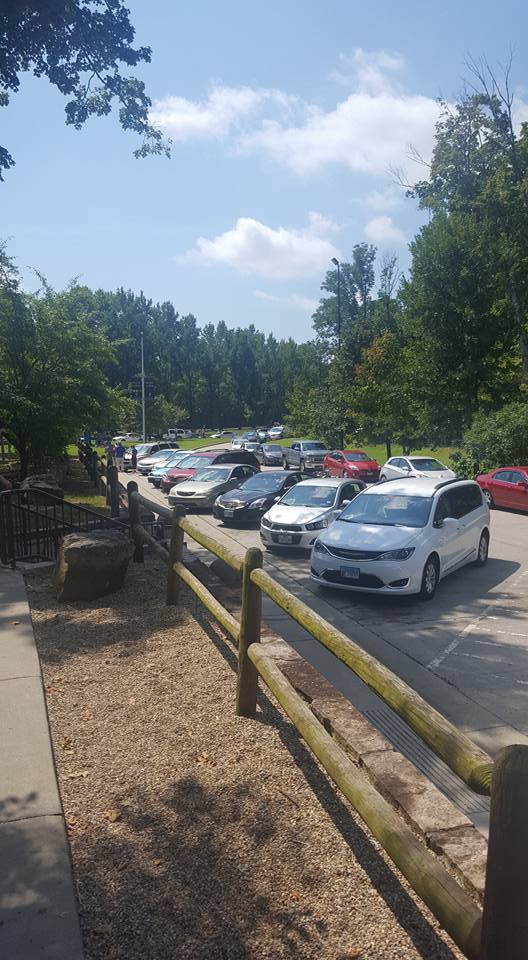 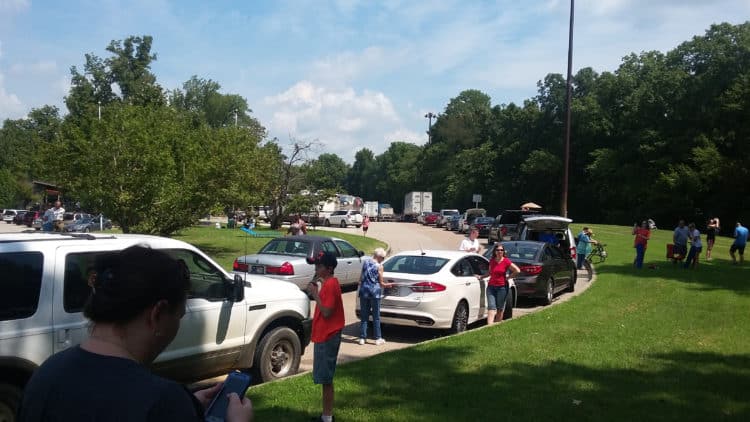 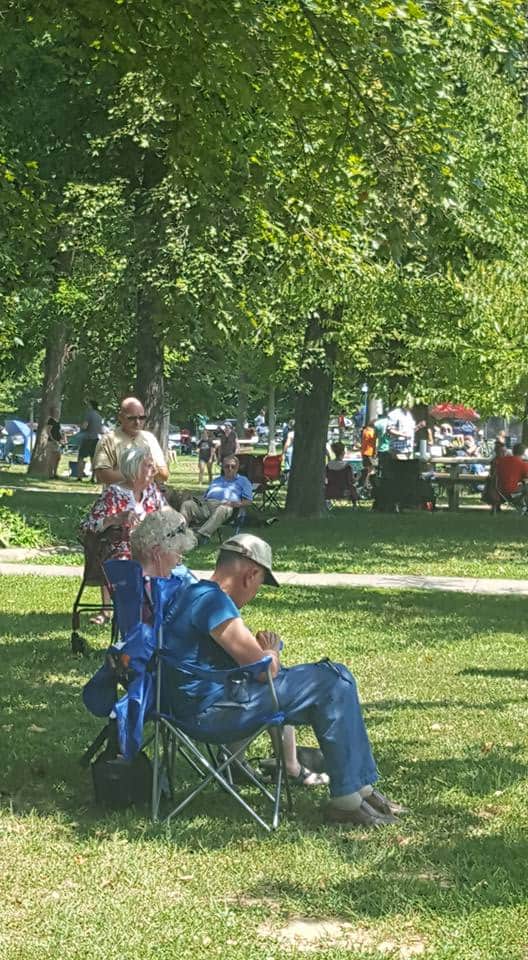 There were hundreds of people everywhere... some had been there long enough to cook-out, hang hammocks in the trees, and set up camp!   Then it was time to start taking pics of the eclipse.

(5 hours after I started this post... ) It's gotten late and I just realized at 1am that I never finished this post.  So, come back tomorrow for my pictures of the eclipse and our trip home!!