Hey friends!  Today I’m sharing a some details on this Twigs or Strings Texture Buttercream Wedding Cake.  I say twig or strings because I have no idea what to call it. I asked here on Facebook and got so many great suggestions, but there was no agreement.

Some said twigs. Others said branches.  Then there was strings, netting, webbing, vines, crosshatches, and more. 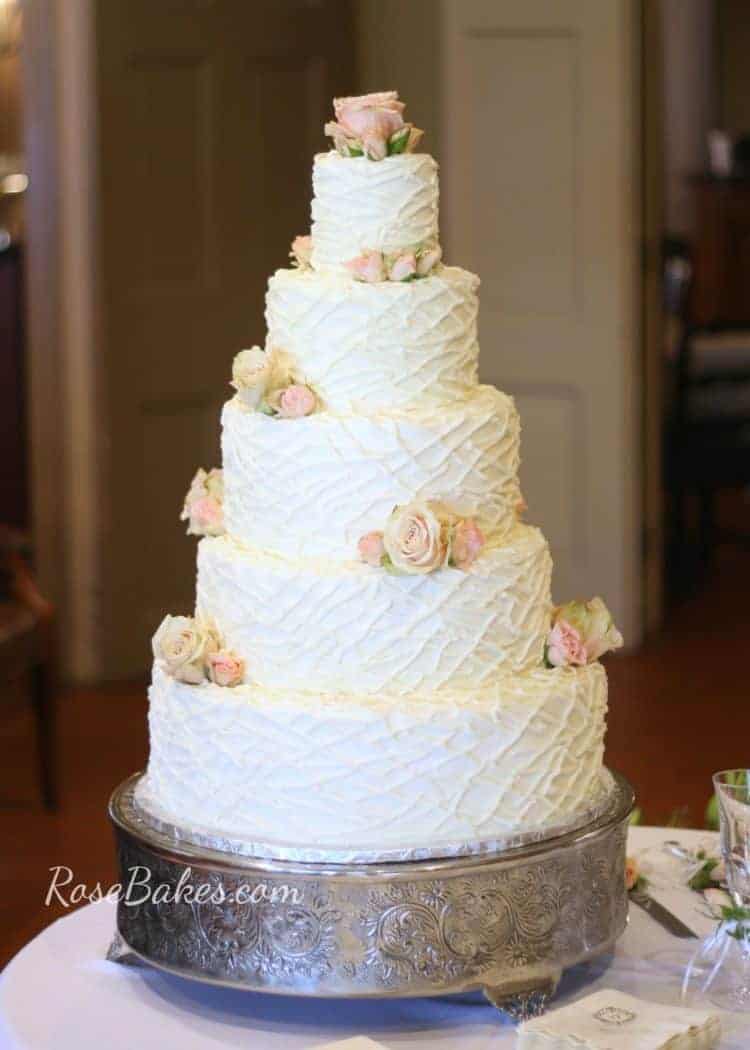 More than three years ago I did another wedding cake with the same technique and when looking for the picture on my hard drive, I discovered that I called it “strings” back then.  Here’s a picture from way back… 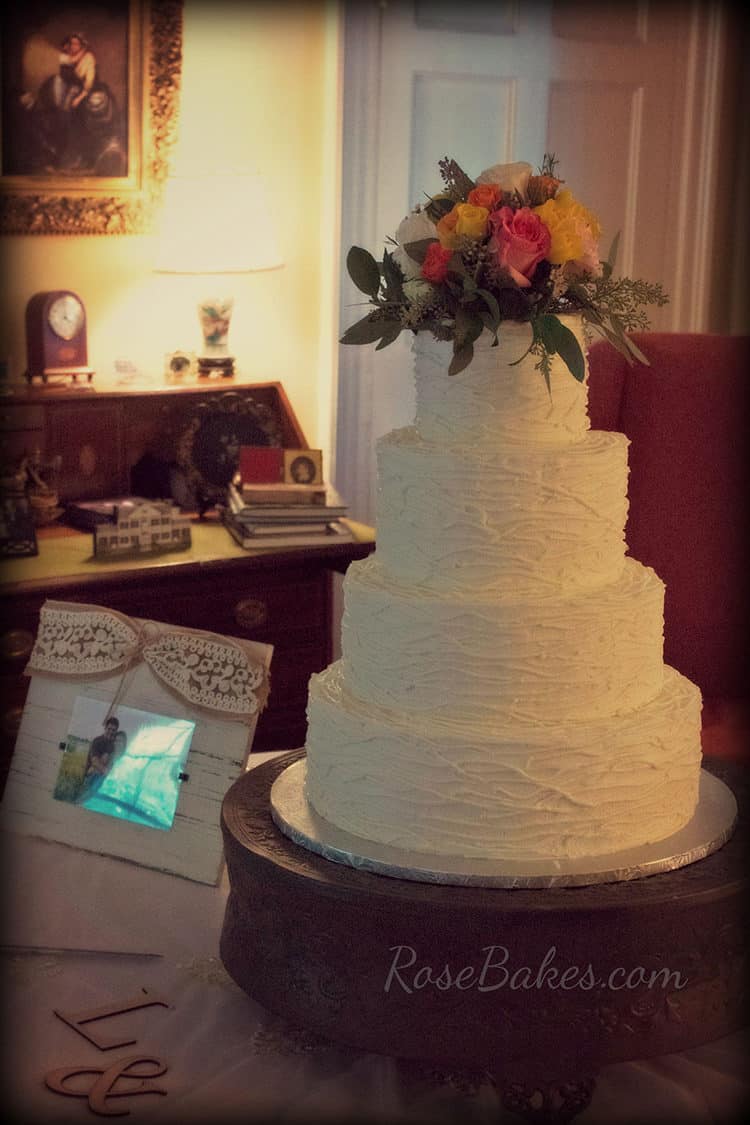 The lighting was terrible in that home, but you get the idea.  Very similiar designs!

Whatever you want to call it, the final look is really beautiful.  It’s elegant and simple, yet pretty unique. I haven’t seen a lot of this technique out there.

Also, it was a simple design and fairly easy to execute. Or it was for me.  But I know easy is a relative term. 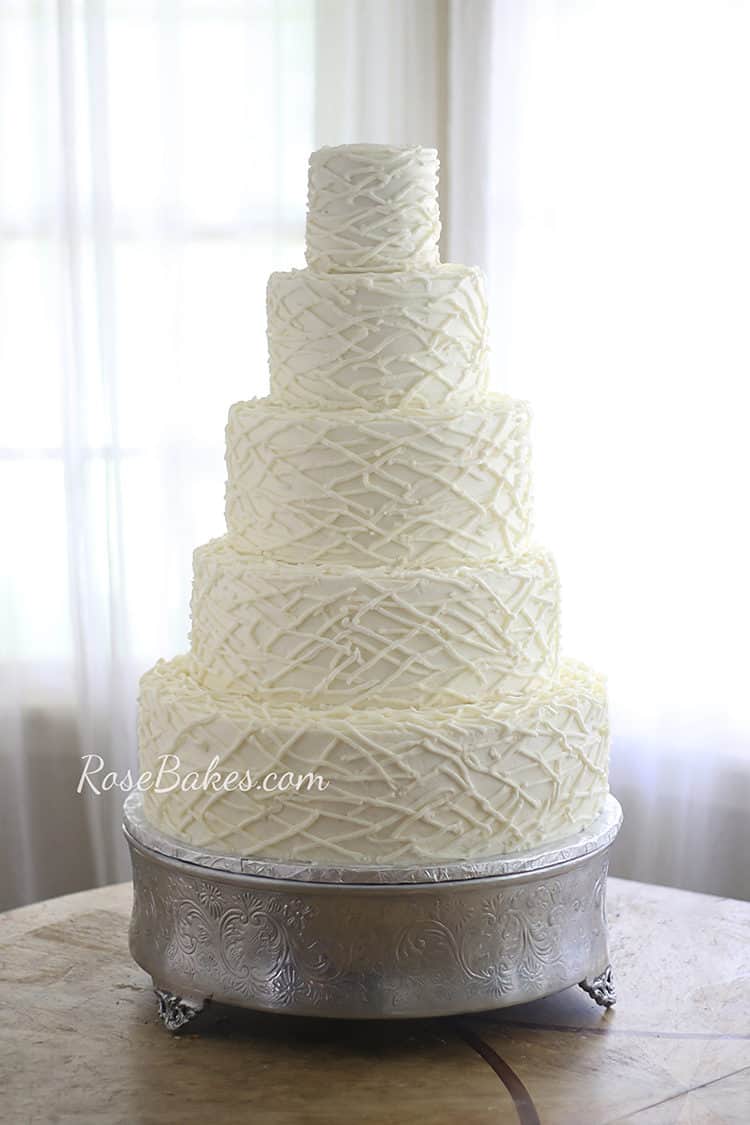 Having said that, it was not a fast technique. The final piping texture took around two hours (after it was filled and frosted, smoothed and stacked). 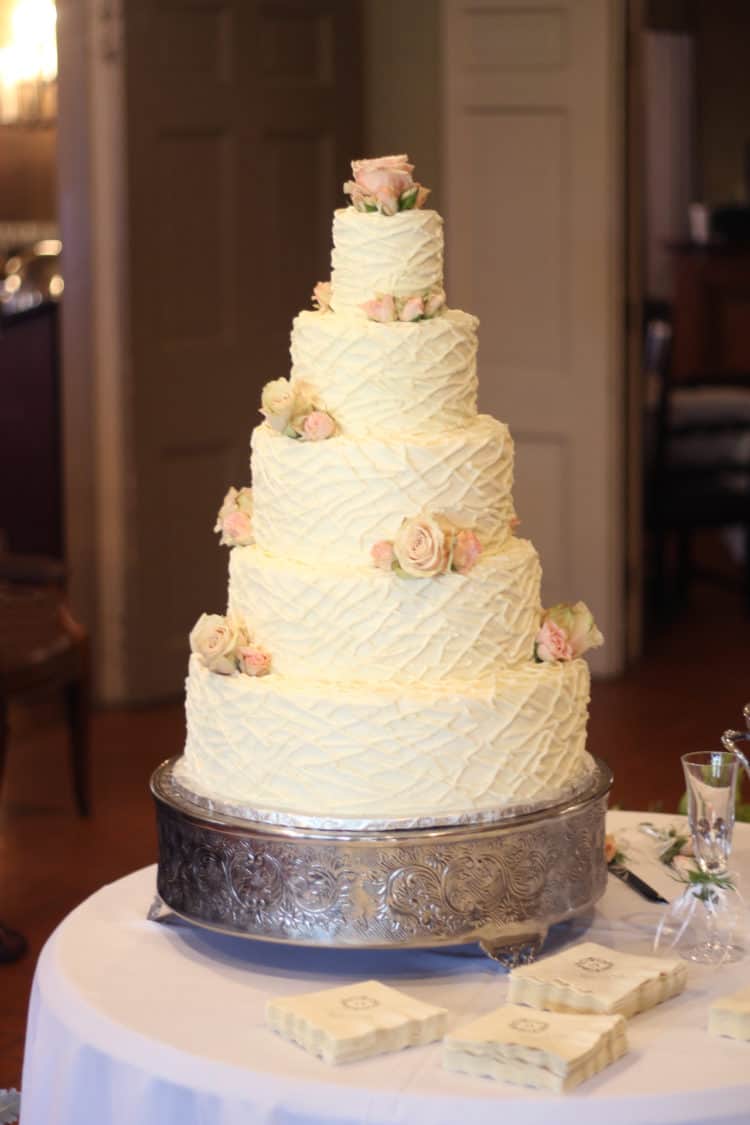 It was White Almond Sour Cream Cake (aka Wedding Cake) with Raspberry filling and Vanilla Buttercream.   Here’s what the mother-of-the-bride texted me after the weekend: 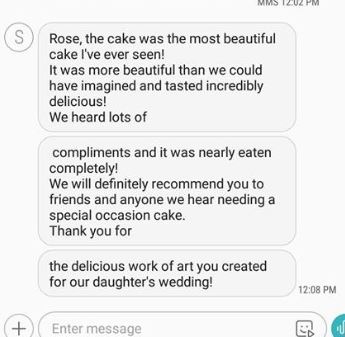 Nothing will make you happier (as a cake decorator) than getting a text like that!!

I don’t have a tutorial for video for you, but I can tell you what I did.  Here’s what you’ll need for the texture:

Here’s a list of all the supplies I used to do the technique:

You’ll also obviously need cake rounds and bubble tea straws (or whatever system you use for stacking a tiered cake).  Then fill and frost and stack the cake.  I did a smooth buttercream finish with a bench scraper.

Then I started at the top and worked my way down piping the twigs.  One important thing to note is that you need the frosting that you’re going to pipe the strings (or twigs) with to be pretty soft.  It was softer than I usually use to cover cakes, but that made piping the strings easier.  If the frosting is too stiff, it won’t adhere well and it will break while you’re piping.

Anyway… I piped long stretches of strings first, then went back and piped smaller branches or twigs to connect them and make the webbed look.  Then I chilled it again before setting out to make the delivery.

On site, the florist added the pink roses.

And that’s that!  There was no rhyme or rhythm to my piping other than occassionally backing up to make sure it was somewhat uniform.

So, do you have any questions? Leave me a comment!

Previous Post: « Meal Plans for Your Family to Save you Time & Money
Next Post: Microwave Rice Krispies Treats »