I'm gonna step back a few steps and tell you... I've struggled with blogging for the past couple of weeks.   Early November was insanely busy (3 wedding cakes, a groom's cake and 2  birthday cakes all in one weekend) and I sort of felt like I was drowning.   Every time I'd try to write, I'd just get stuck. 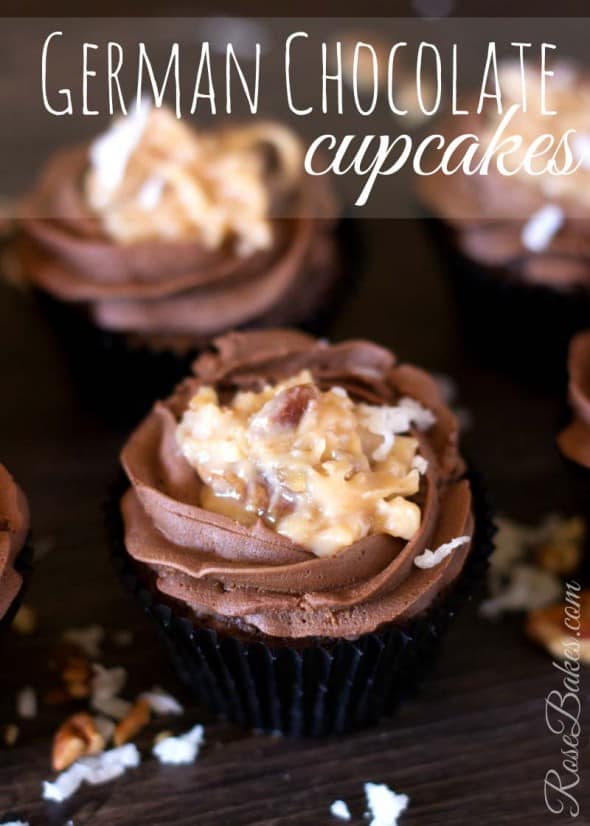 But I'm trying to break out of that funk this week and get back into writing and sharing cakes.  Starting now 😀 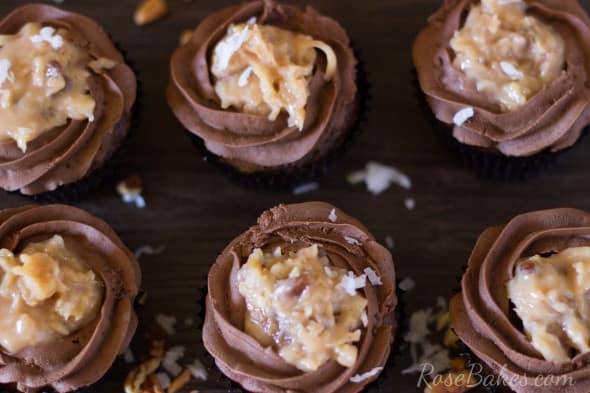 This week my uncle asked for a German Chocolate Cake for his birthday.  He's been sick for several months and although I've only done German Chocolate cakes a few times, I was happy to make it for him!

And since he specifically requested the frosting (and lots of it), I decided to make the Coconut Pecan frosting homemade. 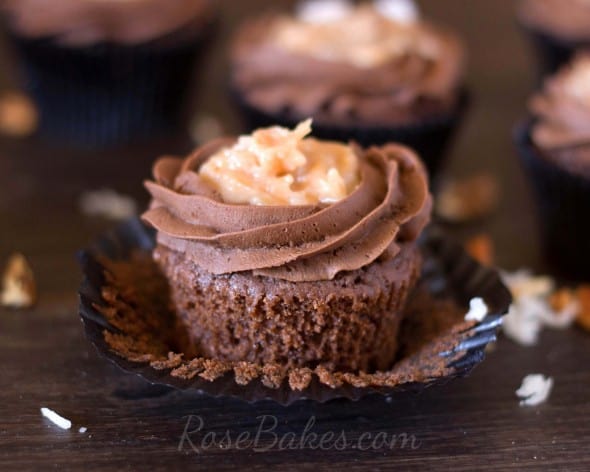 In the process, I had some extra batter and frosting, so I decided to make some cupcakes.  And I'm gonna go out on a limb and say that I like the cupcakes better than the cake.  Because in addition to the Coconut Pecan Frosting... I added some Milk Chocolate Buttercream.  Better, right?

Yeah, I thought so. 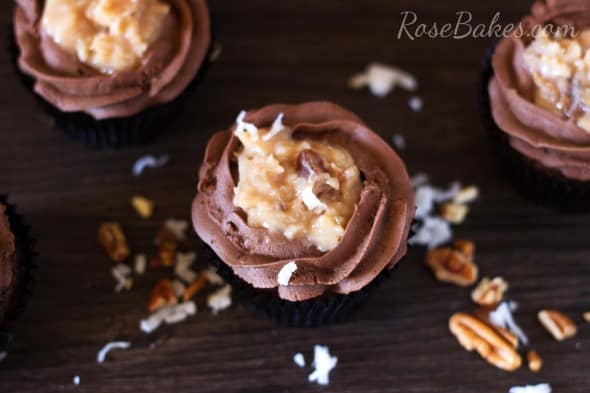 Anywho... I'm really, really loving the way these cupcakes turned out and I'm seriously considering adding them to my regular rotation of cupcakes.  They're not hard to make and they're just plain delicious.

As a side note... have any of you decided that you liked something that you thought you hated after you started baking regularly?  I used to hate almond flavoring, but now this White Almond Sour Cream cake is one of my all-time favorites.  I also used to hate coconut in just about anything baked... and now... I'm sort of loving it.  Italian Cream Cake?  The bombdiggity.  And these German Chocolate Cupcakes?   So, so addictive. 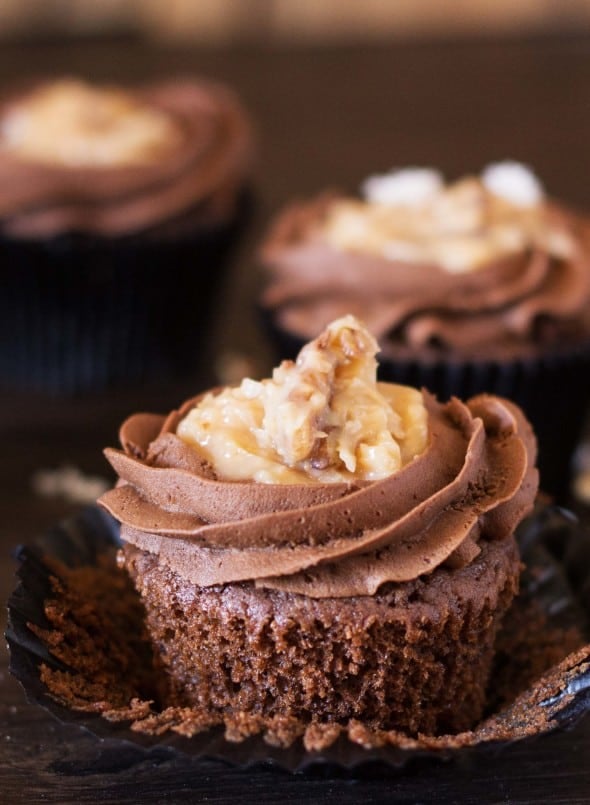 These recipes were only slightly adapted from The Cake Mix Doctor Returns.    If you like doctored cake mix recipes, I cannot recommend enough all of Anne Byrn's books.  I have three of them and they're fantastic!!

For the Coconut Pecan Frosting

For the Milk Chocolate Buttercream

For the Coconut Pecan Frosting

For the Milk Chocolate Buttercream