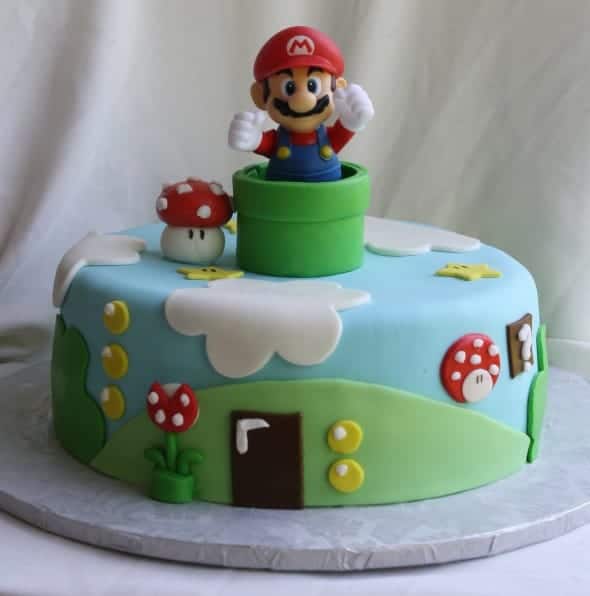 Noah celebrated his birthday a couple of weeks ago and I made him a Super Mario Bro. Cake!   Since he and Sarah have a birthday so close together, we had a party on Sunday afternoon when we combined his party with Sarah's party (she had a Rainbow Barbie cake).

First, he actually drew me a picture of the cake he wanted.  It was 3 or 4 tiers tall.  It had cats on it.  And lollipops.  And stripes.  And I can't even remember what else. 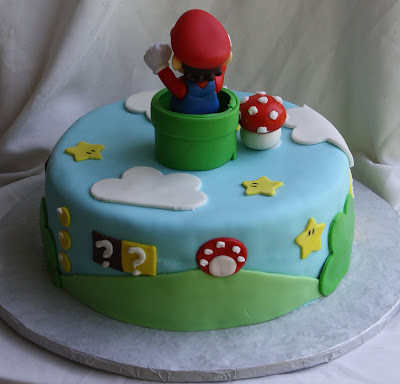 So as a surprise to him, I decided to make him a Super Mario Bros. cake. I don't play the game and don't know alot about it, so I found a picture online (google images is my friend) and made a pretty close copy of it. 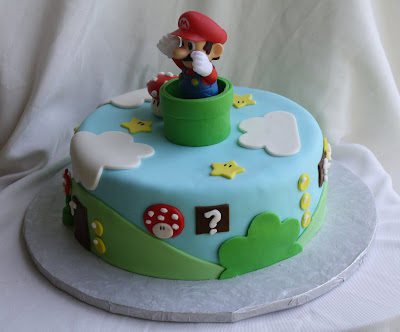 I baked it while he was awake, and warned him that he would not be getting a huge 3 tiered cake because that would be wasting a lot of cake.

But then I waited to decorate while he was asleep and it was a total surprise to him.  He loved it!

Some of the little boys at the party informed me that some of my elements were not spot-on accurate to the game {obviously I don't play the game or I would know such things}, but I think it turned out cute enough.  For the actual Mario, I bought this Mario figure from Amazon.

As I mentioned with Sarah's cake, I couldn't take any pictures at the party because my SD card was suddenly fried (I have 2 very large SD cards...both quit working within 3 days of each other!!). 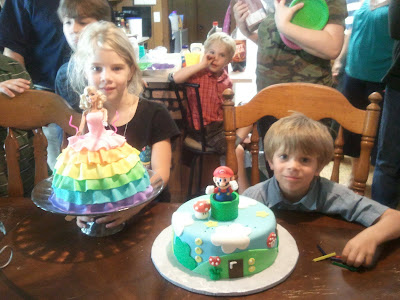 So, the only picture I  have of Noah with the cake is from my hubby's camera, and I totally forgot to get him to take a picture of the cake cut.  Thank goodness my card didn't quit earlier that morning when I was photographing the cake or I would've missed these shots of Asher with the cake... 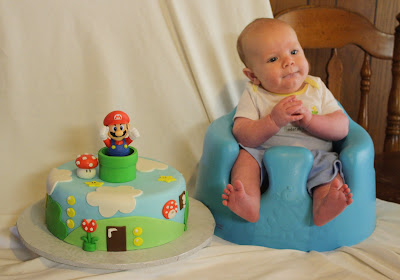 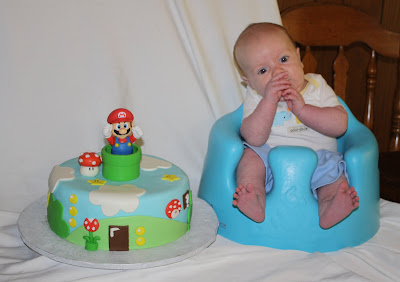 See him sucking that thumb again?  He's such a cutie-pie!!!

Noah's cake was chocolate cake with vanilla buttercream.  All the decorations were gum paste and homemade marshmallow fondant... except Mario, as mentioned above!

Did I miss any details?  Do you have any questions about this cake?  Please leave them in the comments!

One or more links in this post are referral and/or affiliate links.  Read my disclosure policy here.