When I was growing up, we'd go eat lunch at my Mawmaw's house every weekend.  And looking back, I'm amazed at the meals she'd prepare.   At the time I didn't think much of it - that's just how it was at her house.  But now - I can't imagine how she did it all.

There were always at least 8-10 dishes of food... several vegetables, macaroni & cheese, biscuits and cornbread (not exactly this Southern Butttermilk Cornbread... hers was better) , fried chicken or a big ham, homemade french fries, rice and gravy ... gosh, it was so much. 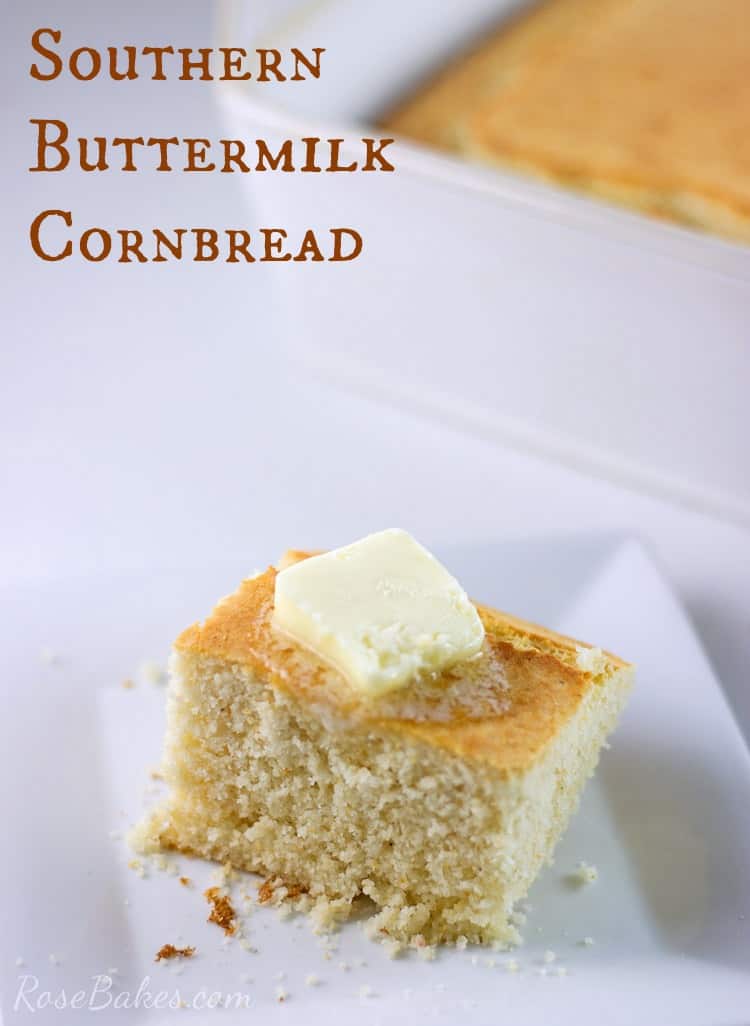 Then again, she did have six kids and they'd all be there with their families on the weekends eating.   Add in the cousins and I imagine it was probably 20-30 people at any given time.

When Mawmaw cooked those gigantic, delicious meals, she never used a recipe.  Like, ever.  She could make the very best biscuits in the whole world from scratch and from memory.  Her fried chicken was better than any I've ever had before or since then.  Her french fries... amazing.... 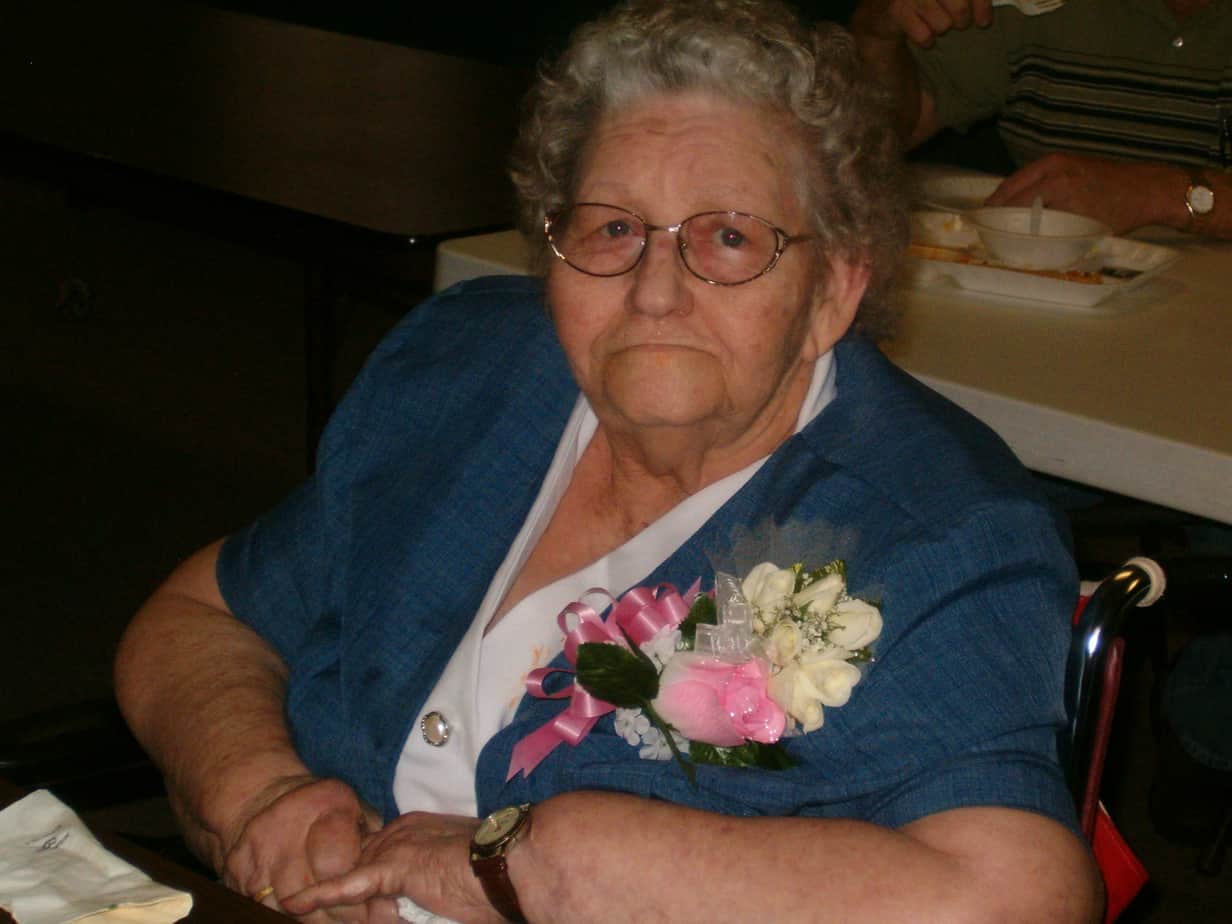 When she passed away a few years ago, one of my biggest regrets was that I didn't spend enough time with her and I didn't learn more from her.   I wish I had asked a million questions and just sat and listened.

I can't get those years back, and I'll never be the cook that she was, but I can honor her by sharing her story - and telling you about her - and how much I love her and miss her. 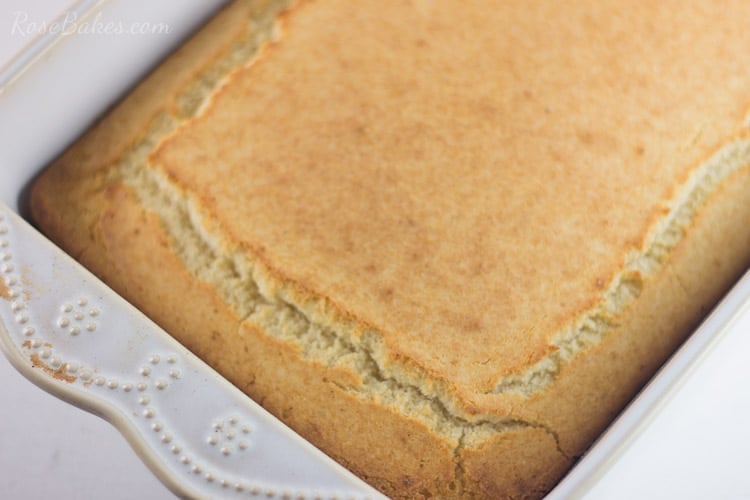 I thought about all of this as I was making cornbread a few nights ago.   Funny thing was... what made me remember was that I was not doing it the way she would've.   I used measuring cups and a pretty rectangular baking dish.

She wouldn't have measured anything.  She'd have heated a cast iron skillet on the stove top with some shortening in it, poured her batter into it and made it sizzle like crazy (also forming a crunchy brown crust),  then baked her cornbread in that same skillet.

It would've been cut into wedges, not squares... and it would've likely been flipped out of the skillet onto a plate, split in half all the way across and slathered with butter.

I've made cornbread that way, but not tonight.  I actually made cornbread tonight to use for two meals.   That makes me smile too.. her cornbread would've never lasted long enough for two meals.  If it wasn't all eaten at the first meal, later on her kids or my PawPaw would've crumbled it up into a coffee mug, poured milk over it and had a snack.  Yeah... that's what they did. 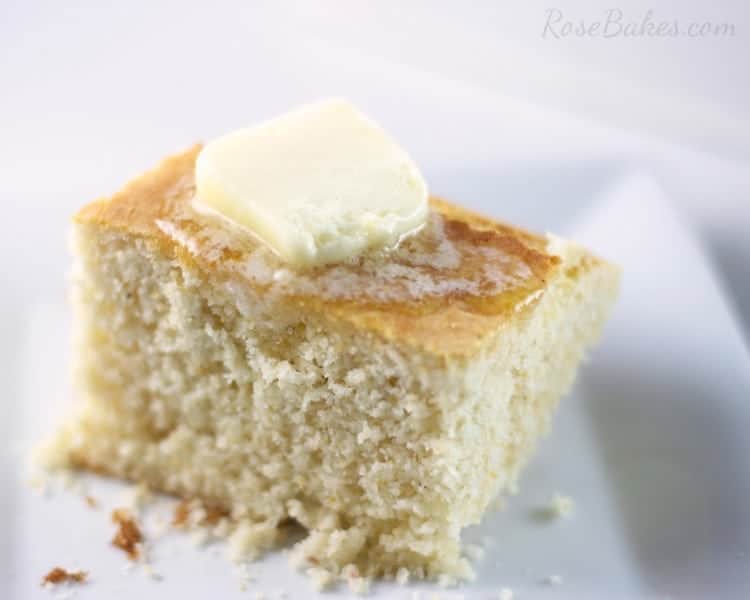 Anyway, by all accounts, this is not her cornbread.  But it's really good and anytime I make cornbread or biscuits, I think of her... so I wanted to share.   We ate about a third of this pan with some butter on each square, sitting in a bowl with some Hoppin' John and the rest will be used for Crockpot Cornbread Dressing.

Yeah - I'm getting an early start on Thanksgiving!

Anyway... besides the cornbread learn a lesson from me.  If you have grandparents who are still alive - spend time with them.  Sit and listen to their stories and soak it all up.  And if your grandma makes cornbread from scratch... take notes 😉

Here's the recipe for a simple Southern Buttermilk Cornbread.

Traditional, southern buttermilk cornbread. Perfect to go along with soups, stews, chili, or pretty much any other meal.