This time last year, my sweet niece Perry Kathryn was celebrating her 1st Birthday and of course, I made her cakes!  But as usual, it has taken me a full year to get around to posting them... just days before her 2nd birthday... ha!   So let's get on with it... here are her Some Bunny is One Birthday Cakes. 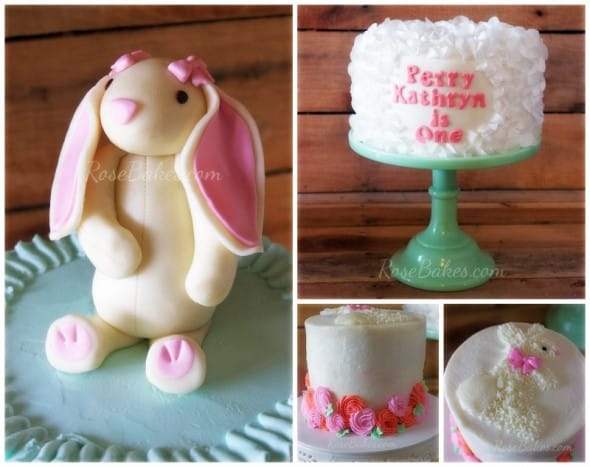 First up... this precious Buttercream Cake with a Modeling Chocolate Bunny Topper: 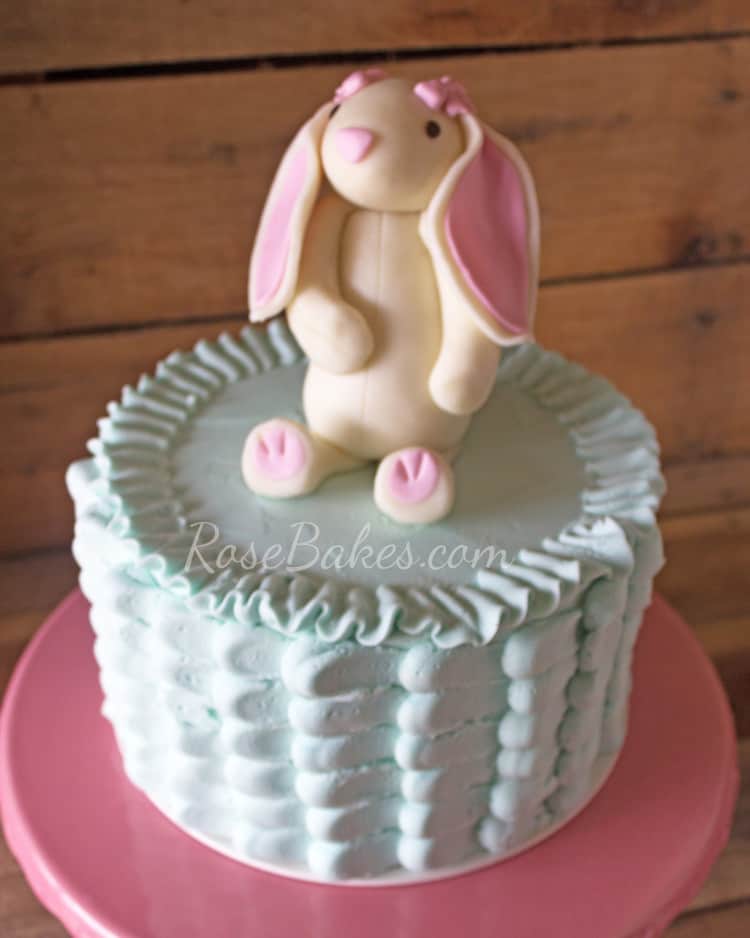 As I'm looking through these pics, I'm just sick over the fact that most were blurry that day.  I have no idea what was going on, but hey... we win some, we lose some!  My favorite part of this cake was the topper... 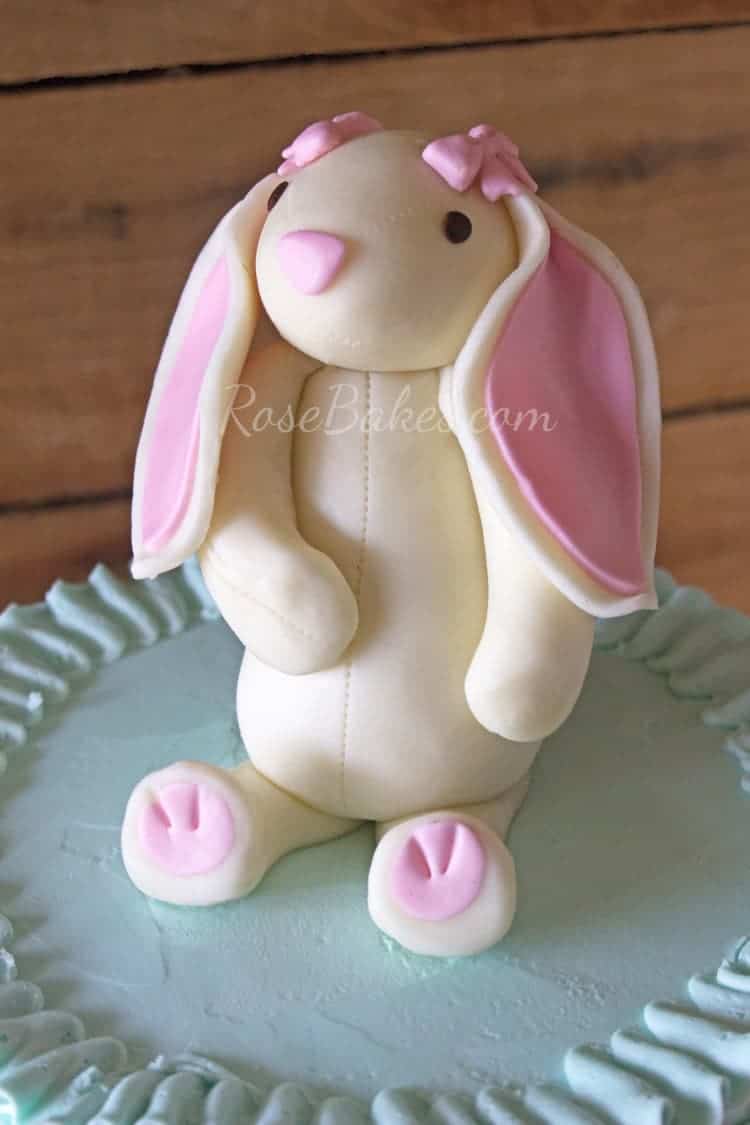 I generally avoid modeling as much as possible (because I suck at it!), but I loved doing this sweet little bunny.  It was simple enough that even I could pull it off... yay!  You can see how to make modeling chocolate here. 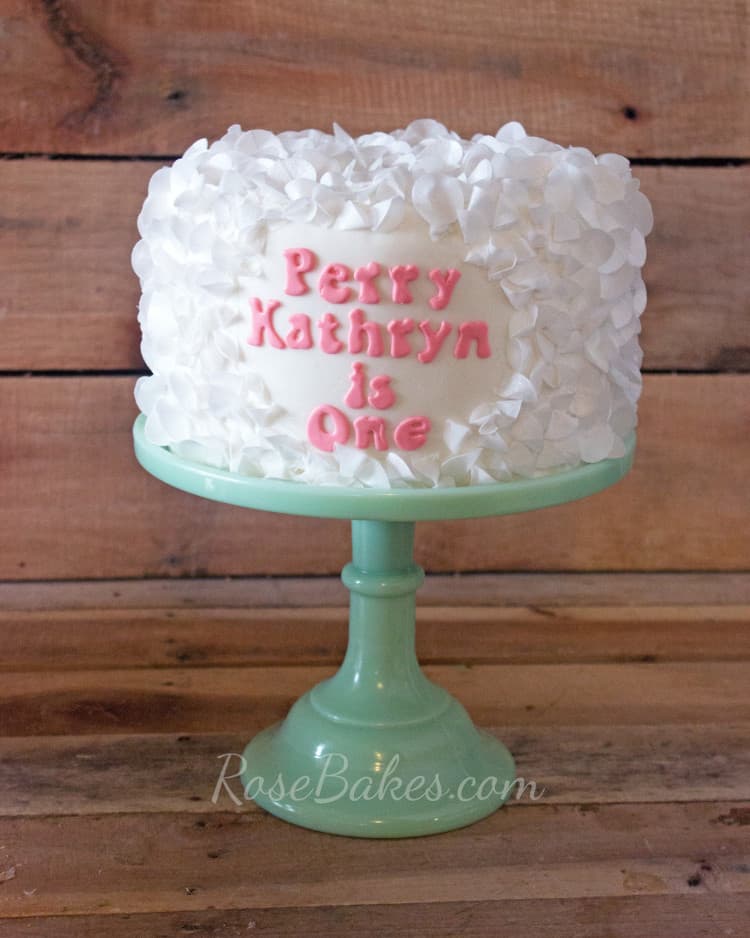 Next up... this wafer paper ruffles cake.  It had only been a week or two since I made my first cake with wafer paper decorations  (see that cake here --> White Lace Christening Cake with Wafer Paper Flower).   If you're dying to do a cake like this, you absolutely have to get Kara's tutorial here (it's the Wafer Love Ruffles & Painted Lace one).  It will tell you everything you need to know and more!!

Oh and if you're wondering about those letters... those are Windsor Groovy Clickstix.  And I love 'em!  I only wish I could find more opportunities to use them! 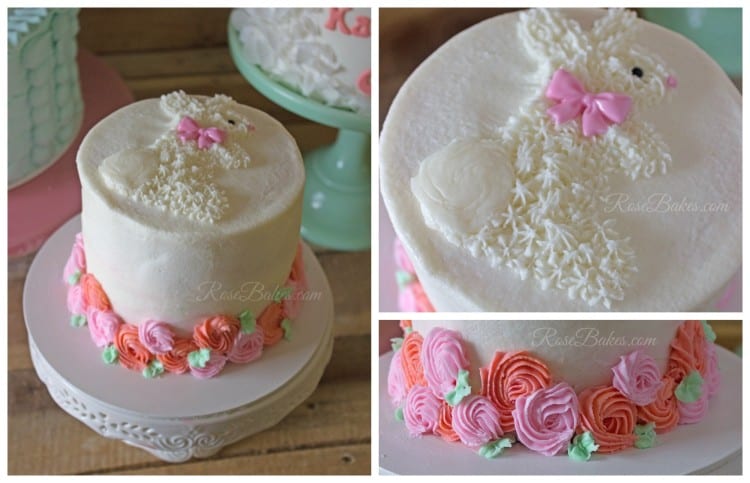 Last... sweet Perry's smash cake.   This poor cake.  It was a miracle she even had a smash cake.  You see, about 20 minutes before the party, I dropped it.  DROPPED.IT. On the floor.

I snatched that baby's cake up off the floor so fast... started barking orders to my kids to get me a bench scraper, for my daughter to open up the frosting bowl... hurry, hurry, hurry.  I promptly scraped all the frosting off and started over.  And man... I had that thing redecorated in under 10 minutes.  Now if you look closely... it wasn't a great job. 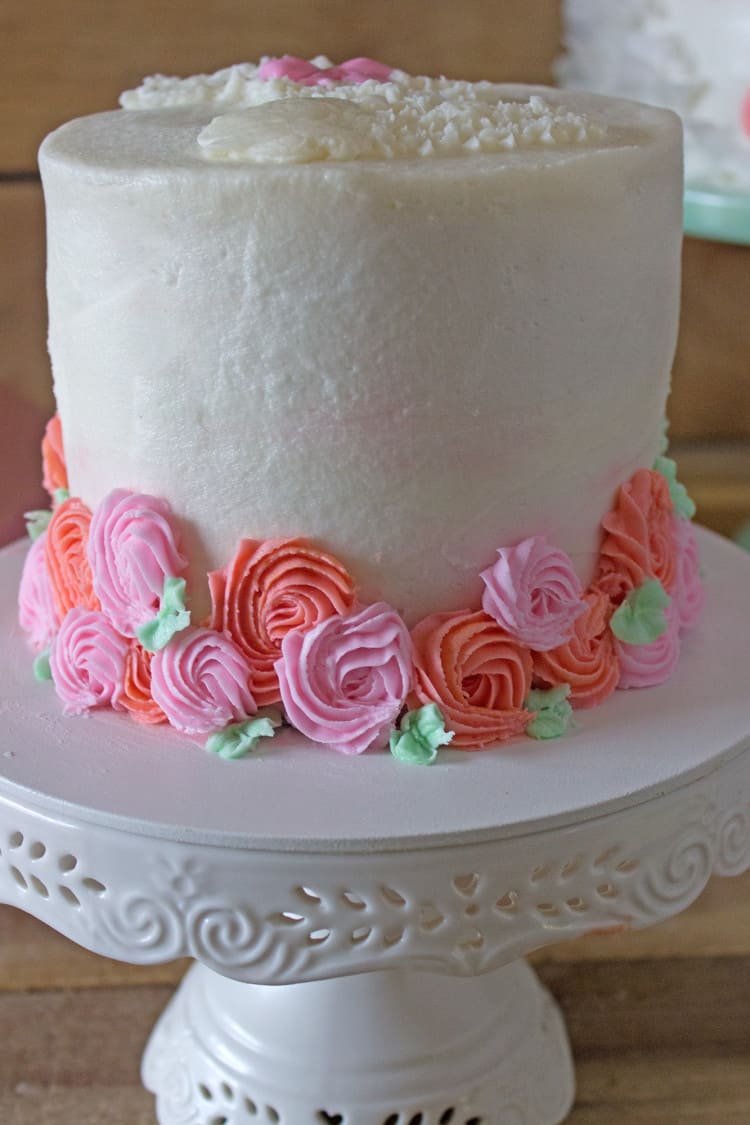 Clearly, the cake was way off center on the board (which I totally didn't notice until looking at the pictures much later) and it had to have been the most uneven frosting job ever.  And there was a little pink smeared into the white... I was working so fast!  But it was done.  So I snapped a few pics and we hurried on out the door.  After all that, we were only 10 minutes late for the party (it was only 5 mins from my house).   Whew!!

Come to think of it... that's probably why so many of my pics were blurry.  Hmmmm. 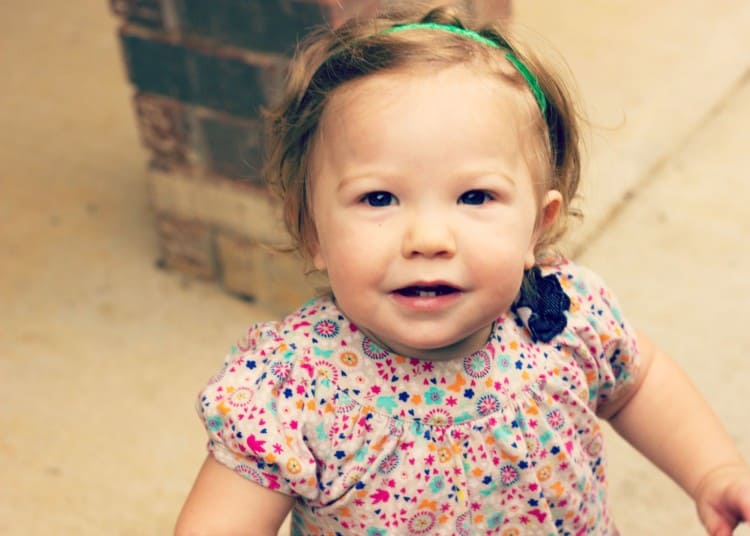 Anyway, that's it... Perry Kathryn's Some Bunny is One Birthday Cakes!  Isn't she one of the cutest little girl's you've ever seen??  We love our little Perry K!   And speaking of, I need to run!  Tomorrow I'm decorating her cake and cookies for her 2nd birthday party - coming up Saturday!!