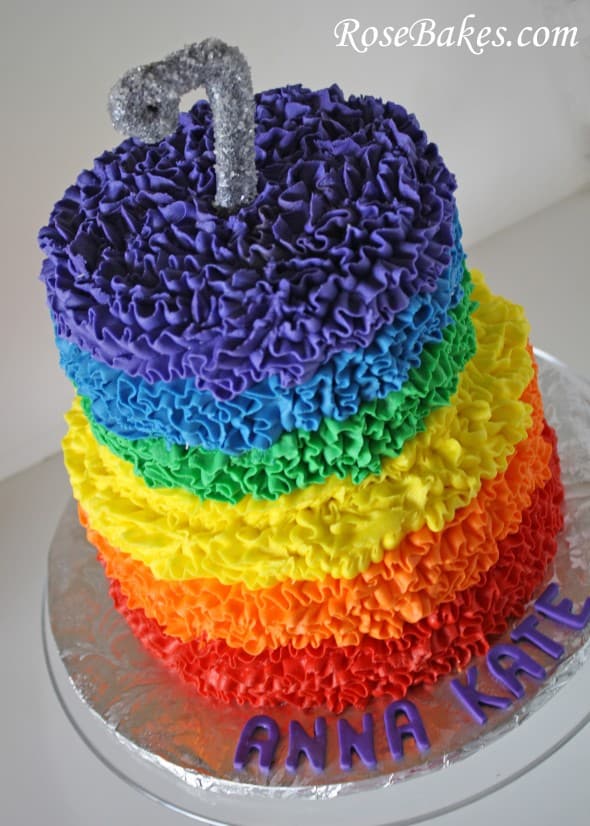 UPDATE:  Watch a video tutorial here on How to decorate a Messy Ruffles Buttercream Cake!

I heart rainbows... so much so that I have an entire Pinterest board dedicated to them. So when I was asked to do another Messy Buttercream Ruffles cake - except with rainbow colors - I was super excited!  This new cake was for the daughter of the birthday girl that received the first messy ruffles cake (the one with peacock colors) . 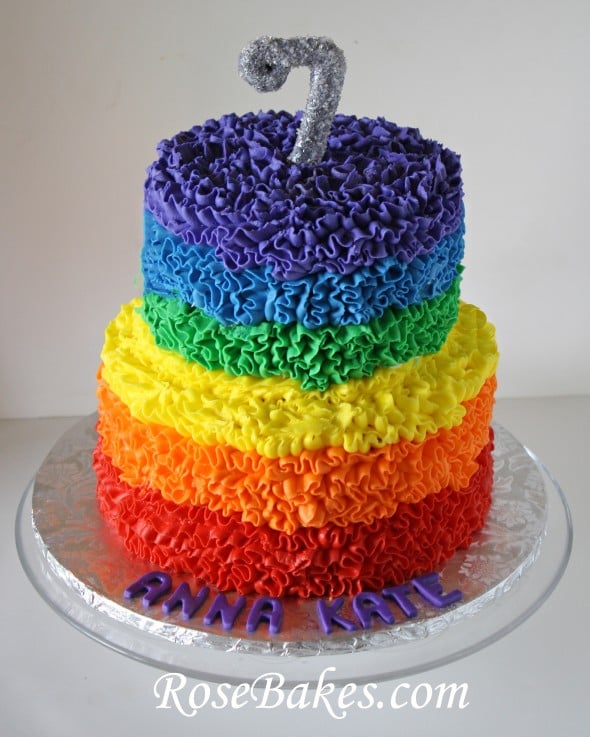 And although I don't have pictures to share, I have to also tell you that it was bright rainbow colored on the inside too - sort of like this zebra/rainbow cake! 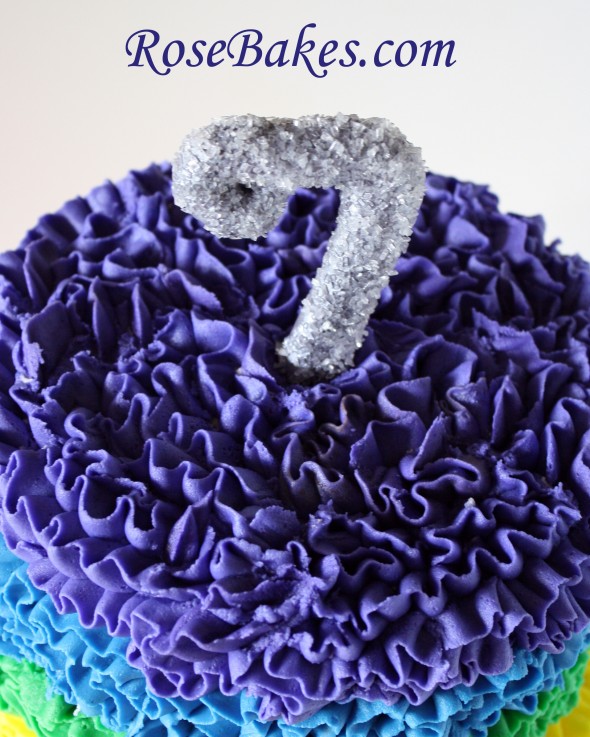 For the "7" on this cake, I made the number from gum paste and let it dry, then painted it with edible silver gel paint, then I dipped it in white sparkling sugar while it was still wet ! I love the way it turned out!  For the letters, I used this alphabet set. 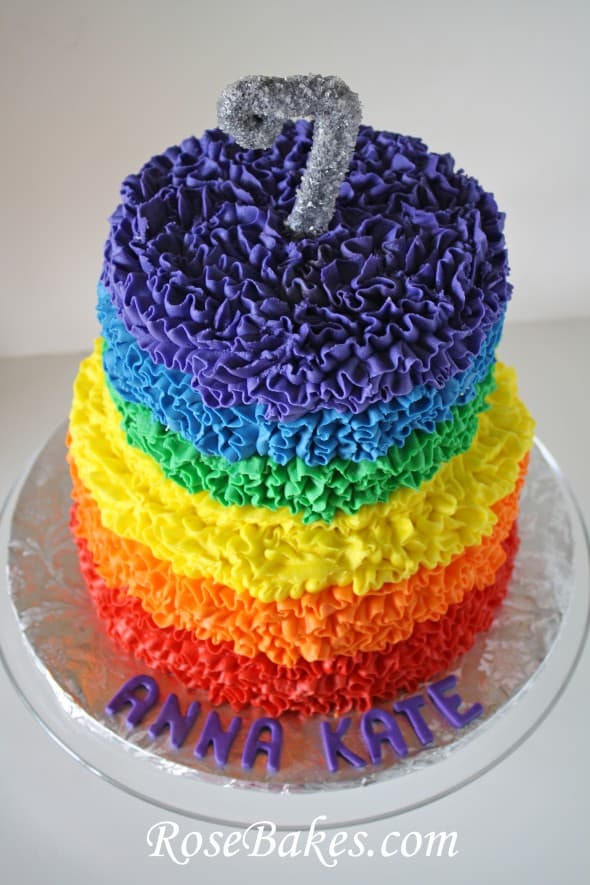 This cake was rainbow vanilla cake (see how to do rainbow cake here) with vanilla buttercream filling and frosting!

UPDATE:  Watch a video tutorial here on How to decorate a Messy Ruffles Buttercream Cake!

Any questions about this cake?  Leave them in the comments and if you make one like it, I’d love to see the pics!!