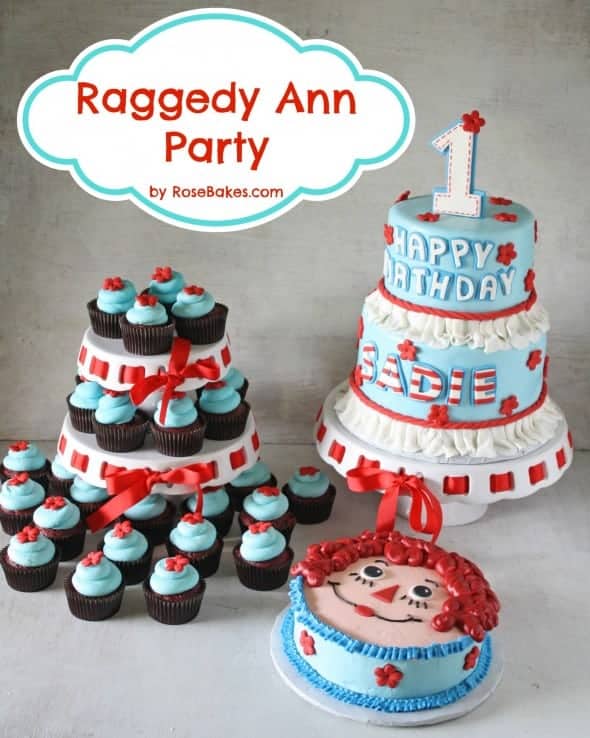 Aaaah... I'm so excited to finally be sharing this party with you!  Ya'll might not be as excited about it as I was... but it was a Raggedy Ann Party and I got to make a cake, cupcakes and a smash cake!! 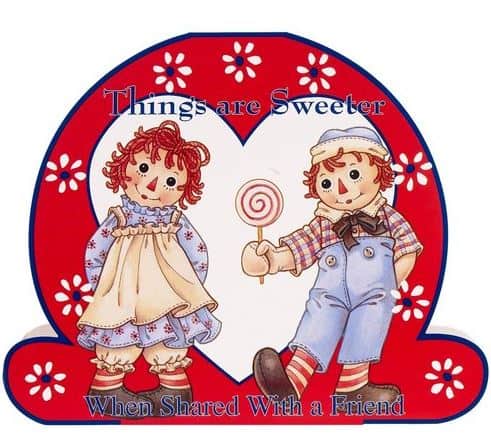 Does my love for Raggedy Ann age me?  I hope not!  I loved Raggedy Ann and Andy as a young girl and she's one of those characters I wouldn't mind seeing make a comeback! 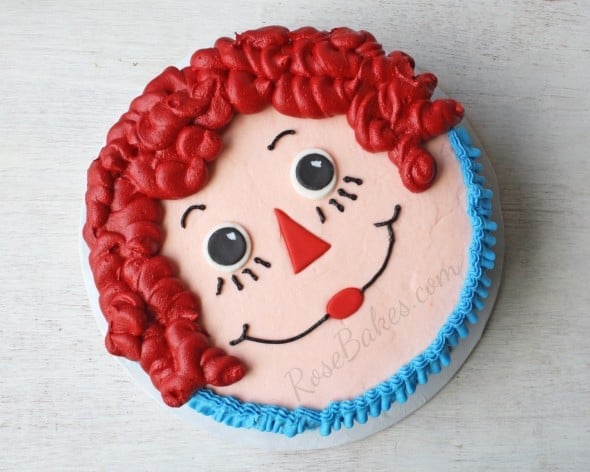 Granted, the books and dolls weren't exactly a brand new thing when I was little (I'm not that old) but I do remember having a doll and Raggedy Ann Little Golden books (look!  you can still buy them!)

Anywho... so let's talk about these sweets!  First up... the cake!  I used this cake I found on Flickr to inspire my design. 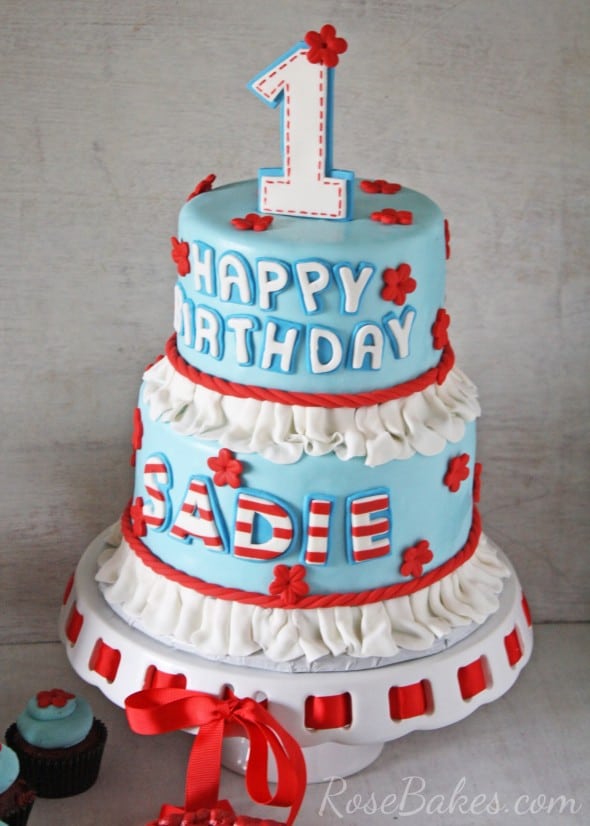 But I needed more cake than that, so I baked 6" and 8" round cakes and made a tiered cake. 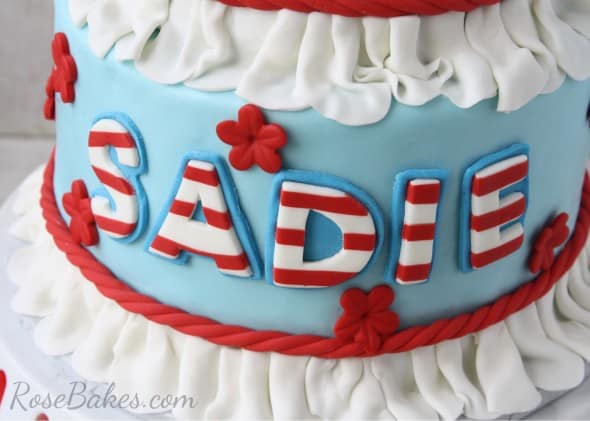 I loved the lettering and the "1" on that cake, so I did something similar here - the stripes a reflection of Raggedy Ann's tights and the stitching was just such a fun details for a "rag" doll cake. 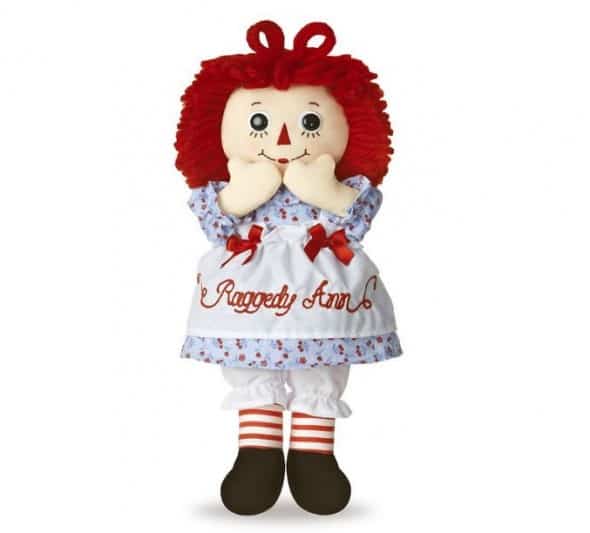 I added a ruffled skirt and the the red flowers to match Raggedy Ann's dress and bloomers a little more!    All the flowers on the cakes and cupcakes were done using the flower punch from the Wilton Gum Paste flowers set. 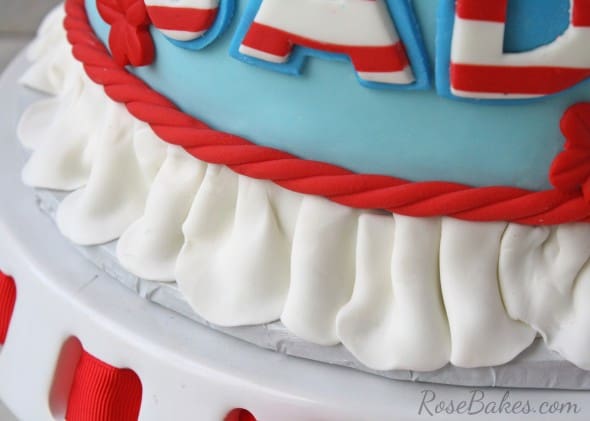 I was just having too much fun with this cake!    The rope border was done with a rope silicone mold (or maybe I used my extruder.... I forget, but I really think it was the mold!). 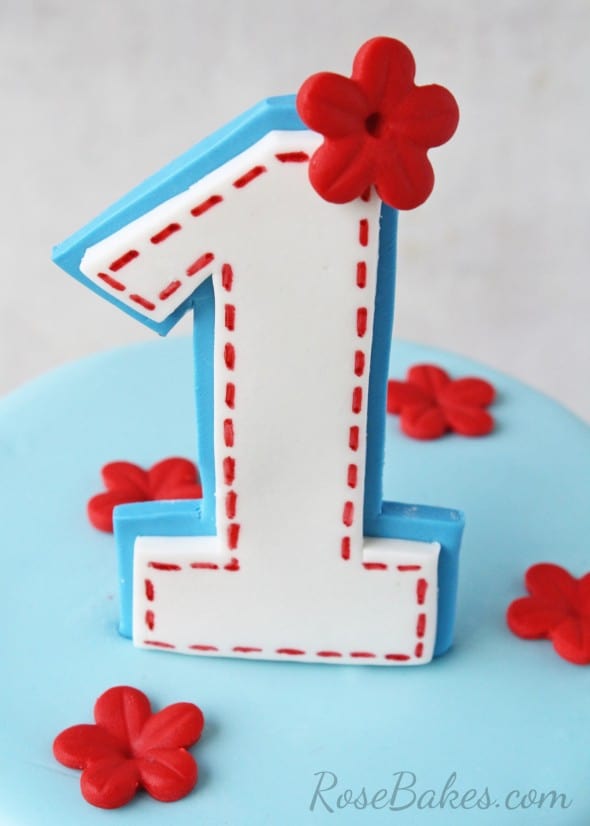 Oh and the "1"... you can see some details of how I make number toppers here, but for this one, I mixed tylose into the homemade marshmallow fondant then let it dry for a couple of days.  Once it was hard, I used a food marker to draw on the stitching! 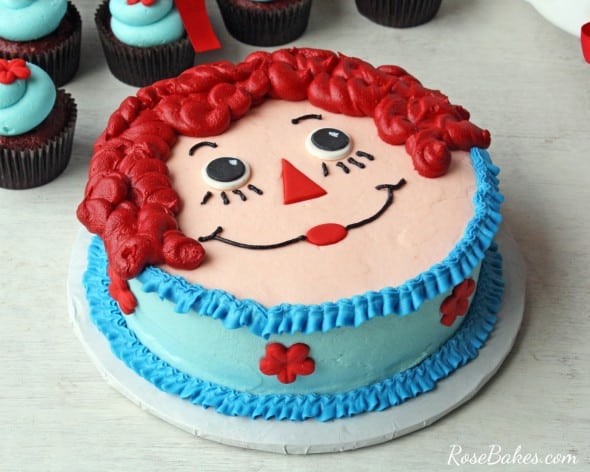 For the smash cake - it had to be a Raggedy Ann face.  I made a single layer 8" round cake (a little larger than my normal smash cake), but I just needed a little more room for her doll face!  It was all vanilla buttercream except for the flowers, eyes, nose, and lips! 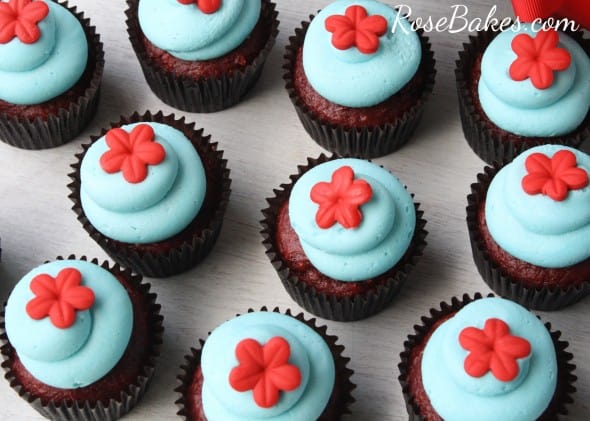 And then there were the cupcakes... I teased you with those over on Facebook and nobody guessed the theme! 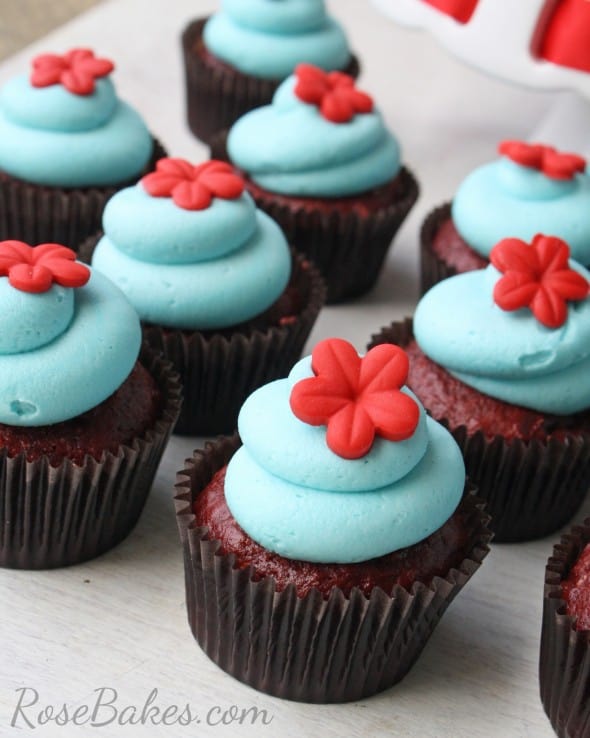 The cupcakes were all red velvet cake with vanilla buttercream. 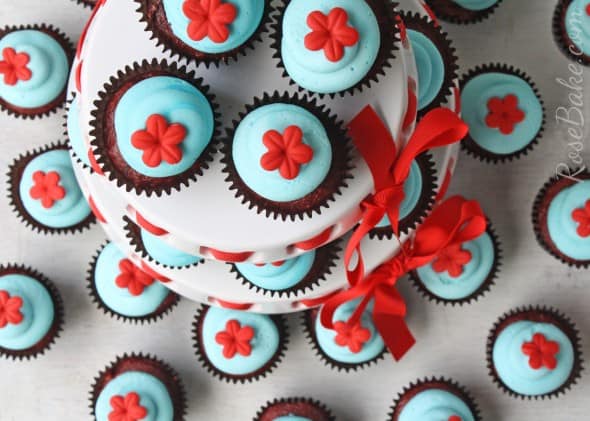 As I mentioned earlier, I used a flower punch (the medium size one I think) from the Wilton Gum Paste flowers set to make all the red flowers.   They were really easy but I loved the way they blended into the theme - matching Raggedy Ann's dress.  They were done with Satin Ice Red fondant. 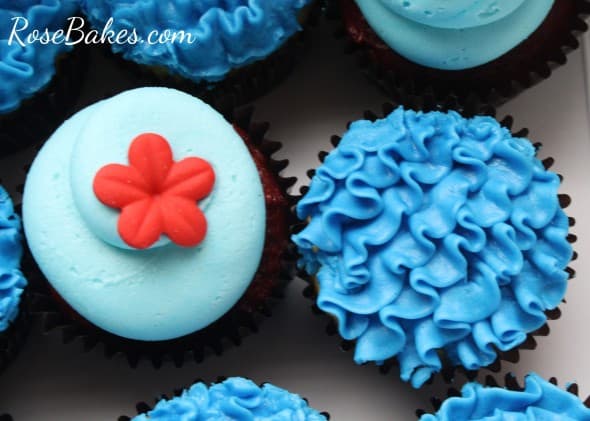 I had a few extra vanilla cupcakes that I ended up covering in buttercream ruffles.  These were extras, but I thought they were cute too! 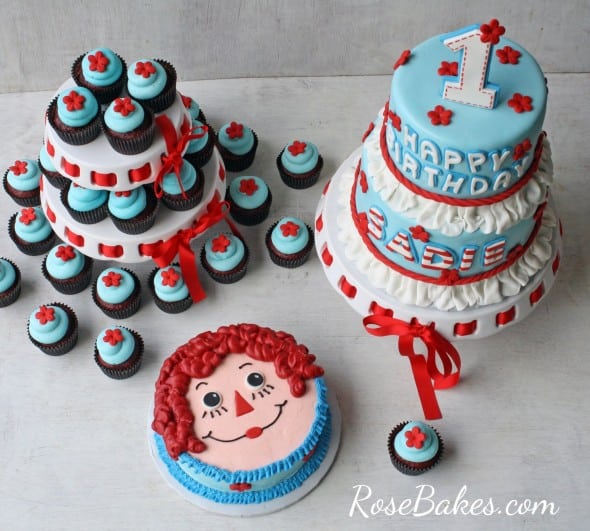 Except for the red and black fondant (those were Satin Ice), all of the other fondant decorations were homemade marshmallow fondant.

And that's it!  I have about a million other pictures that I took of these cakes and cupcakes, but I'd hate to go overboard and bore you 😉

Did I miss any details that you'd like to know about?  I love to hear from readers so leave a comment or question and you'll just make my day! 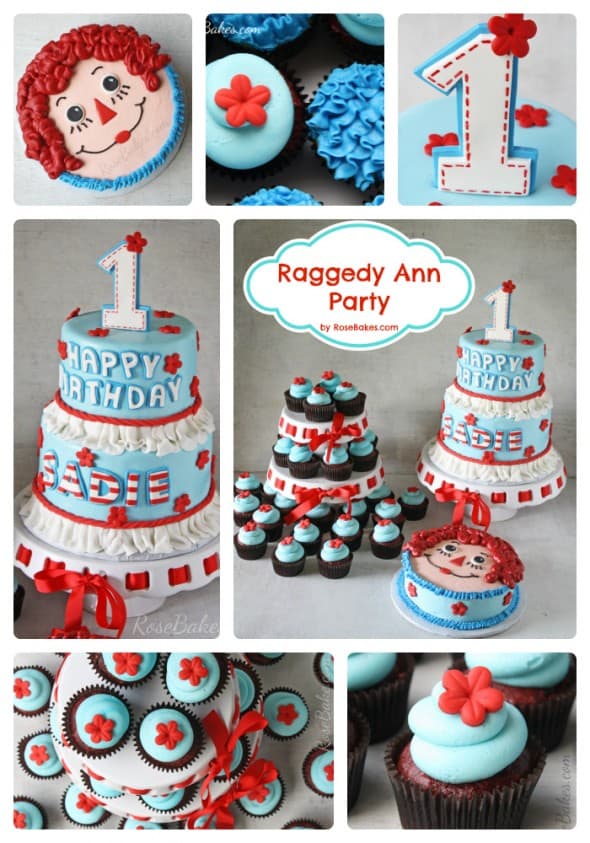