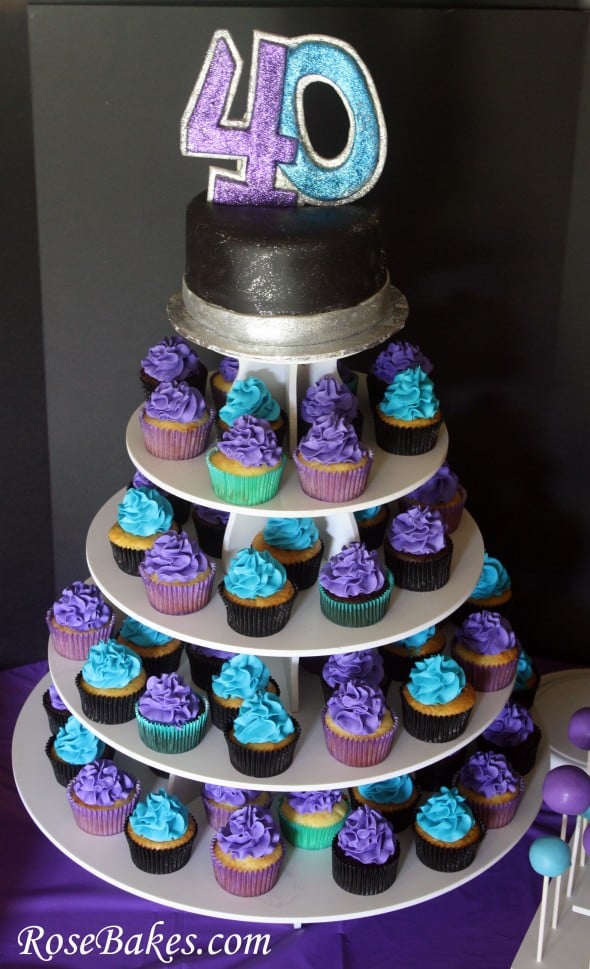 Back in July my husband Richy celebrated his 40th birthday!   He hates the fact that he was in his 30's before his birthday.  In fact, he tells people he's 29.  He even adjusts the year on Facebook so that it says he's 29.  It's hysterical!

If he hated being in his 30's before his birthday, he really hates that he's 40 now.  And I mean hates.  He's worse than any woman I know about not wanting to admit his age.  It's sort of funny...

But I have to say, he only gets better with age.  He's more handsome than ever.   He's funny and loving and kind and helpful and well... I love his blue eyes (you can see them better in this picture).    I love his laugh and his sarcasm.    Every year I fall more in love with him...

This picture was taken on his actual birthday... one of my kids snapped it and I just love it!

For his birthday (on his birthday) my kids put together some funny stuff... they made him a sign for the wall... you may notice the backwards "?" with a 29 and 40 under it... even the kiddos think it's funny...

And if that weren't enough, my two oldest boys made him a lit up, flashing "40" sign.   They took one of my boards I use for cake photos, used Christmas lights and thumb tacks... and they did a job!    I think Noah (the 7 year old) added the blue note card with duck tape.  Oh my funny kids!! 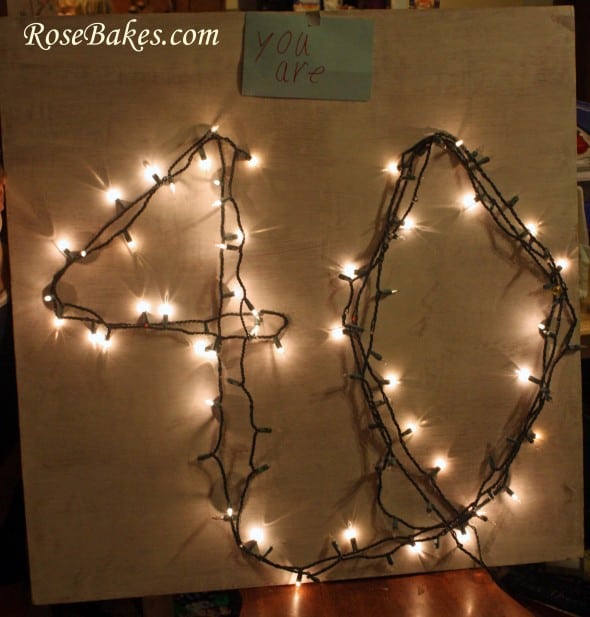 I have to note, to get it to flash, my son had to actually sit behind the board flipping the switch on and off, but it was still funny when my hubby opened the front door from work and it's a dark room with 40 flashing on and off at him... ha!

Oh and lastly... the little ones asked if they could hang lights in the kitchen for supper.  I said, "Sure" without really thinking... 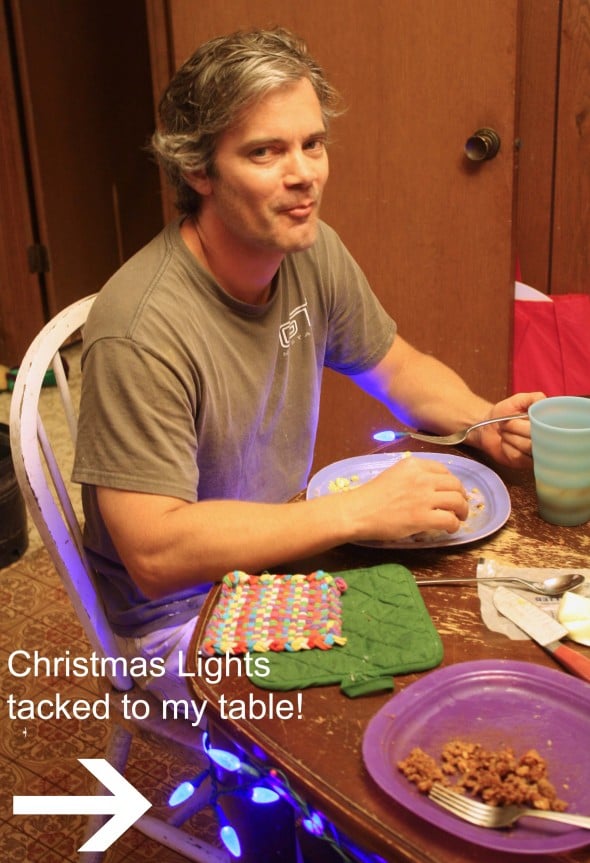 ... they thumb-tacked blue Christmas lights onto my kitchen table (around the perimeter( for supper.  Yeah... and I couldn't really fuss - they did ask!

Anyway, in my mind, 40 was a big birthday - a milestone to celebrate - so with his permission (sort of ;)), I decided to throw him a 40th birthday party!  It was just family and a few friends, but I really wanted to honor him in a BIG way! 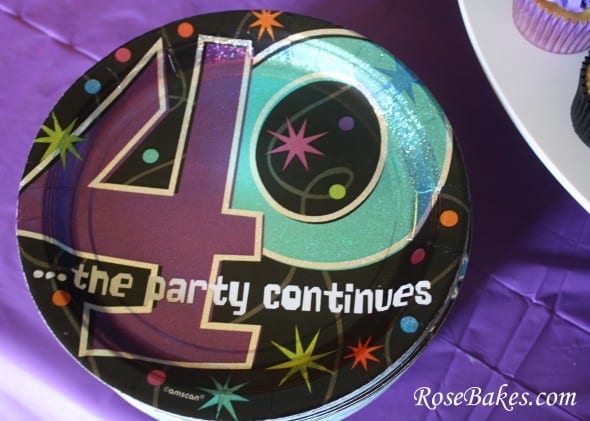 His favorite color is purple and he also loves blue, so I went this this 40th birthday decor... The Party Continues. 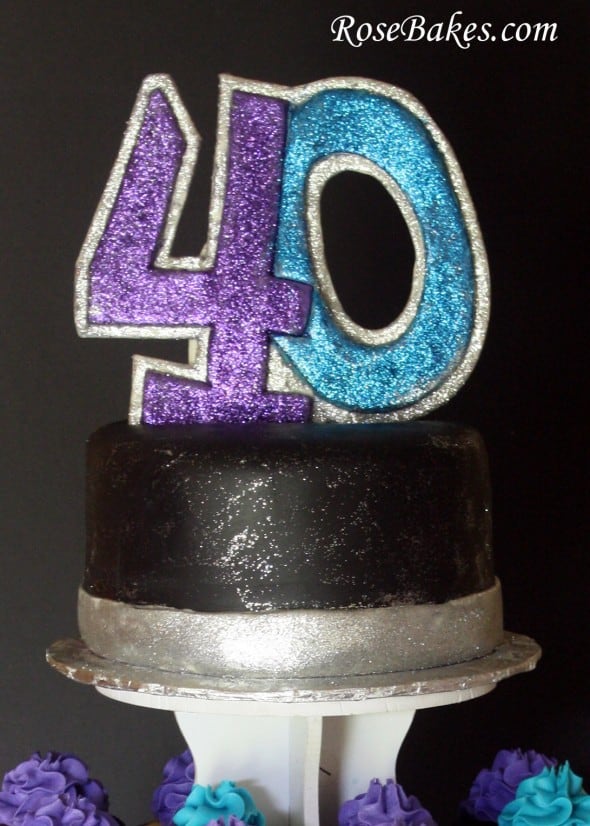 And because I really didn't want to be stuck cutting a cake (instead of visiting with friends and family), I opted to do a cupcake tower so everybody could help themselves and put a small cake on top with the big 4-0 logo to match the plates!

I bought my cupcake tower from The Smart Baker and I love it!  It's very versatile - you can make it as tall or as short as you need and it'll hold up to 90 cupcakes if you use all 5 tiers!

I didn't originally plan to put glitter (disco dust) all over the cake, but I have to tell ya... that stuff gets everywhere!  I do not advise opening it if you have other cakes in the room!!   So after it kept just getting on this that and everything else, I just decided to do it all over the cake! 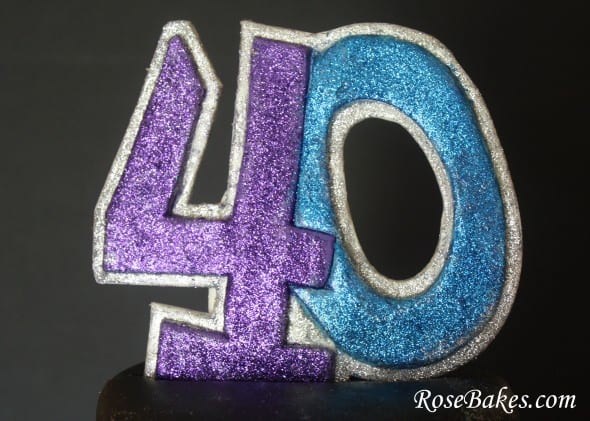 I used purple, blue and silver disco dust for the topper and cake and border!  The "40" was made from gum paste with popsicle sticks stuck on the back.

The cupcakes were two flavors... some were vanilla cake with vanilla frosting and some were one of my hubby's favorites...  coffee cupcakes with brown sugar buttercream.  See how I frost cupcakes here (video tutorial). 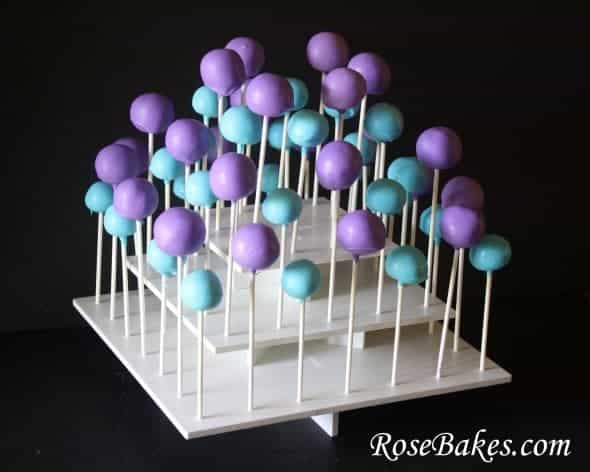 I also did cake pops... mostly so I could use my new Smart Baker cake pop stand and see how it looked!  Plus, Richy loves Oreos so instead of all traditional cake pops, I some (the blue ones) as Oreo Truffles on lollipop sticks!!  They were a huge hit! 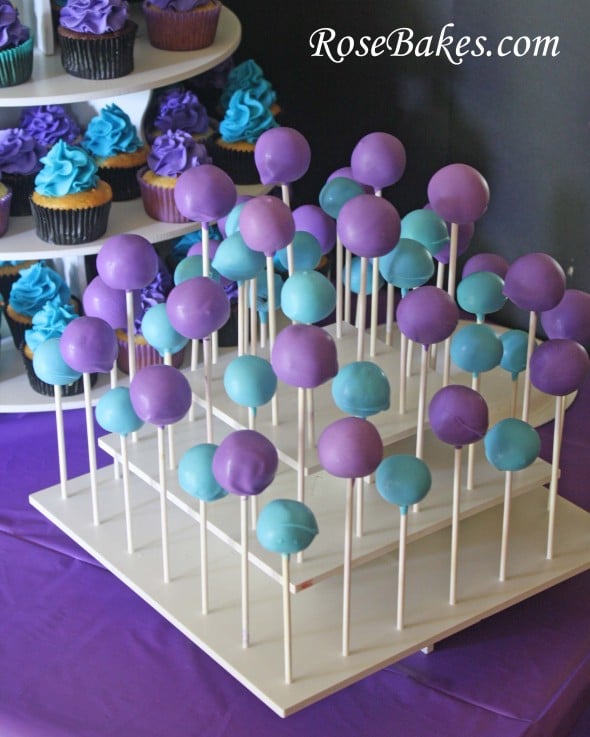 They ended up matching everything really well and I had made way too many, so I had them everywhere... 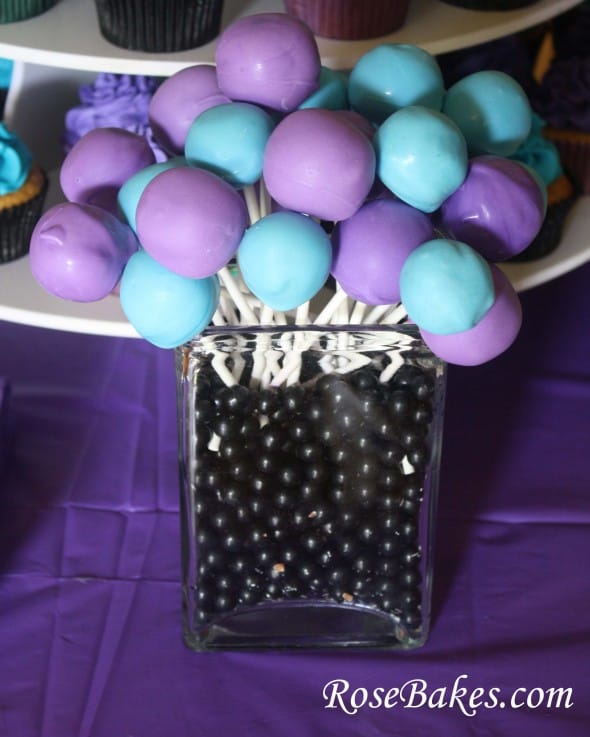 Someone asked about the black balls in the vase (I used them before for the Ladybug party) ... those were candy too.    Specifically, they were black Sixlets.  Remember Sixlets from when you were a kid?  You can buy them in all colors for decorations, parties, etc.!  Isn't that a neat idea?

And I think that's it!

Oh wait - the kids made another sign for his party (with my help!)... and Richy obviously loved it... 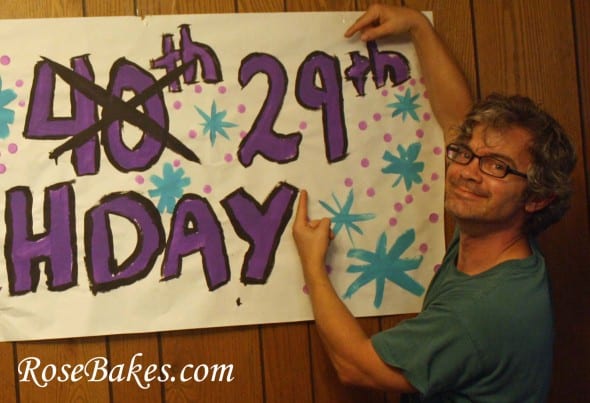 So that's it...  I think Richy had a fabulous 40th birthday and I'm looking forward to many, many more birthdays with him!!   And if you're reading...   I love you baby!!  xoxo

Do you have any questions about his cake, cupcakes or cake pops?  Please leave them in the comments and I’ll do my best to answer and help out!