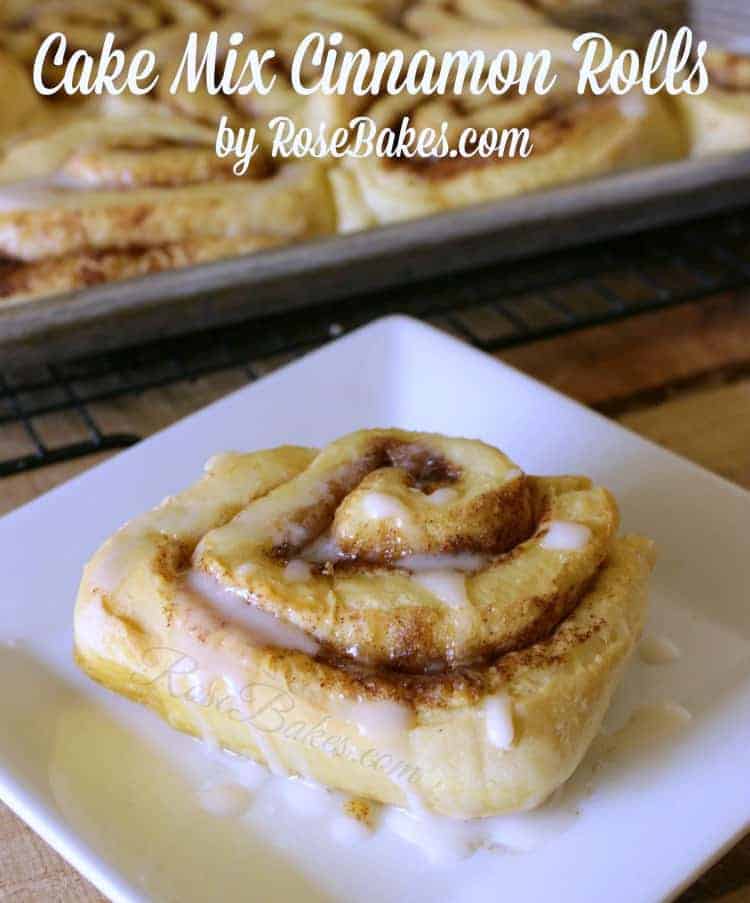 My family and I are cinnamon roll addicts.  I'm pretty sure we could eat them every morning for breakfast and never. ever. get bored.

And truly - we're not picky.  We love homemade from scratch.  We love Pillsbury out of the can.  We even made some into waffles recently... 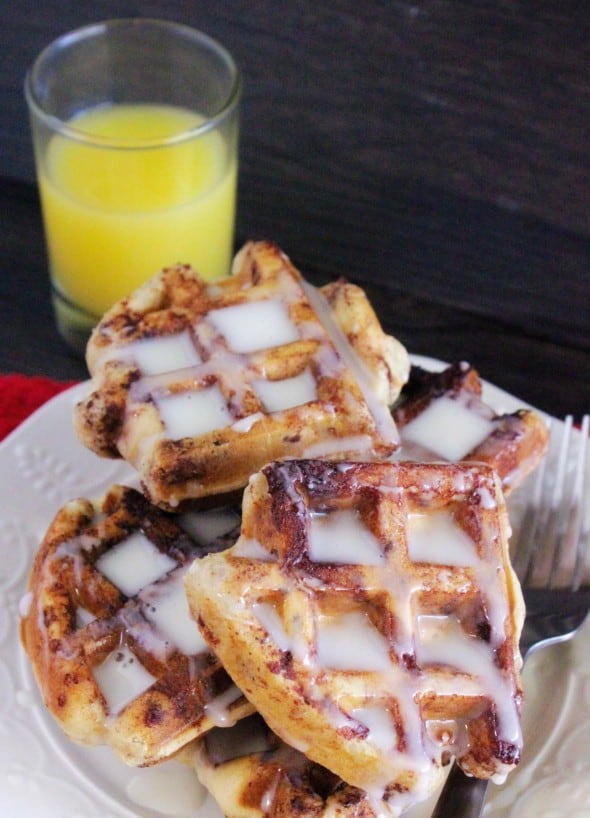 now doesn't that look yummy too?   They're super duper easy Cinnamon Roll Waffles ... from a can of Pillsbury Cinnamon Rolls.  Boom!

Anywho.  When I first started seeing Cake Mix Cinnamon Rolls pop up on Pinterest, I was immediately intrigued.  Ya'll know I love a cake mix and when you combine that with cinnamon rolls... could you really go wrong?  I think not.

It only took me  a few months to get around to actually making them, but now that I have... there's no going back!  As soon as I snapped a few pictures, the kids and husband cleared out half of them within minutes... 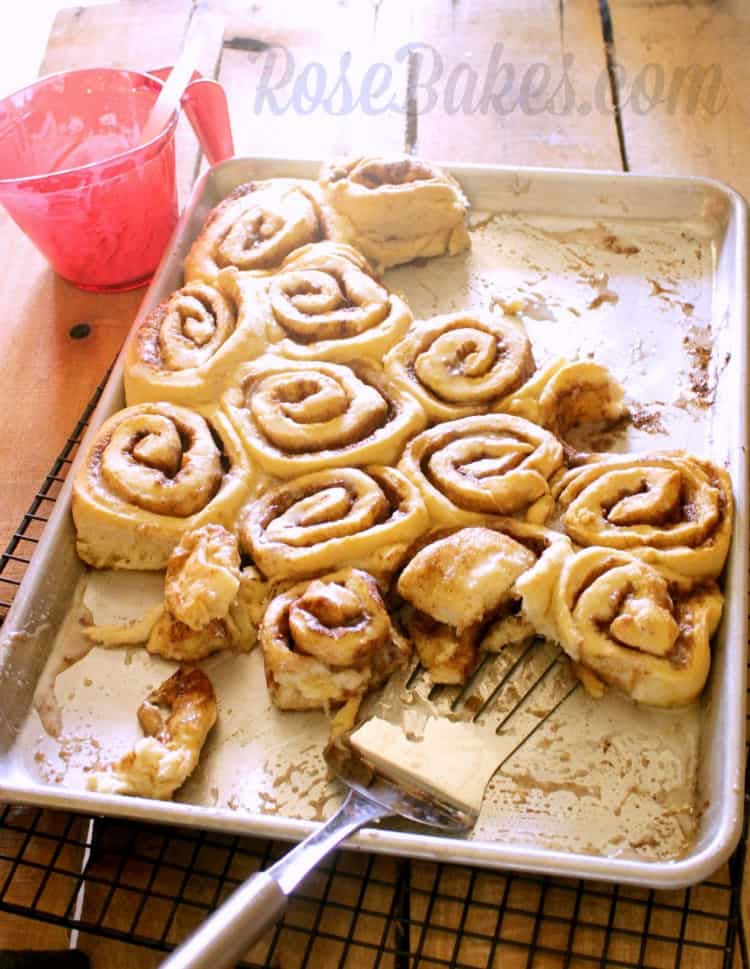 These cake mix cinnamon rolls are super easy and just as delicious as they sound.  I must tell you, they're not as fast as the ones out of can, but you do most of the work the night before and they come together easily in the morning.  And the variations... unlimited!

You could use confetti cake mix to make a birthday morning breakfast or carrot cake mix in the fall for a fun twist on things or chocolate cake mix... can you imagine?  Chocolate Breakfast Rolls.  Oh my goodness I need to try that soon!

So anyway... I digress.  But wait - chocolate rolls for breakfast?  I may have stumbled onto something brilliant here.  Ha!

Okay so really.   Have you ever made anything like these?  Do you make cinnamon rolls from scratch, eat the ones from a can, or avoid them altogether (what is wrong with you??)  😉

Here's the recipe (adapted from Food.com):