Around 12 years ago, my husband was working for Lockheed-Martin and his boss decided to take the entire lab out to eat dinner. We ended up at this little out-of-the-way restaurant in rural Mississippi.

It was one of those dinners out where the menu was pre-decided, so you ate what was handed to you, you didn’t get to order.

That night, bread pudding was passed out for dessert. Having never liked bread pudding my whole life, I was skeptical about trying it.

But I’m not one to refuse a dessert or be rude when food is given to me, so I decided I’d “pick at it” and pretend to eat a few bites. Little did I know that that bread pudding would change my life.

In a twist of fate, an assistant at my chiropractor’s office also waited tables at this restaurant on the weekends. So the next time I went to the doctor, I asked her if she knew the recipe.

She said it was closely guarded but she could give me a general idea of what went into it. I took notes and began searching for something similar.

That’s when I came across a recipe online that was so, so close to what she described. I printed it and decided to give it a try.

As it turns out, the end result was darn close to the bread pudding I’d had at that restaurant. And when I took a big pan of it to church, it was a HUGE hit!

I came home, wrote down the tiny changes I'd made and I’ve been making this bread pudding ever since for special occasions. I’ve even made and sold huge pans of it for weddings and rehearsal dinners – always with rave reviews!

You really cannot have too much of the sauce. I pour it over the hot bread pudding to let it soak in, then I pour more over the bread pudding when serving...

I could seriously drink caramel sauce. But it's made with Jack Daniels... so I don't. Most days. 😁 But seriously, the sauce is EVERYTHING.

If you're a bread pudding fan, or even if you're not, I cannot imagine that you'll be disappointed with this amazing recipe for Bread Pudding with Jack Daniels Sauce.

This recipe can be made in one 9x13 dish or doubled and made in a larger 11x17 roaster size dish. This Emile Henry dish is my favorite. I double the recipe and the bread pudding is a little thicker when made in this dish.  It's also great for a large crowd or potluck dessert.

But if you're making it for a church potluck or something like that, I highly recommend using disposable foil pans.  Easy cleanup for the win every time!! 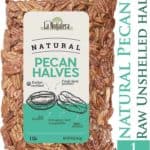 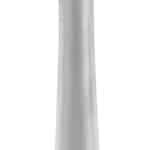