Sometimes things just get away from you... and that's what happened to me and my schedule for last week. For months and months, I'd been doing great at cutting back, saying "no" and giving myself some breathing room when it came to cake orders.

Then last weekend happened and this: 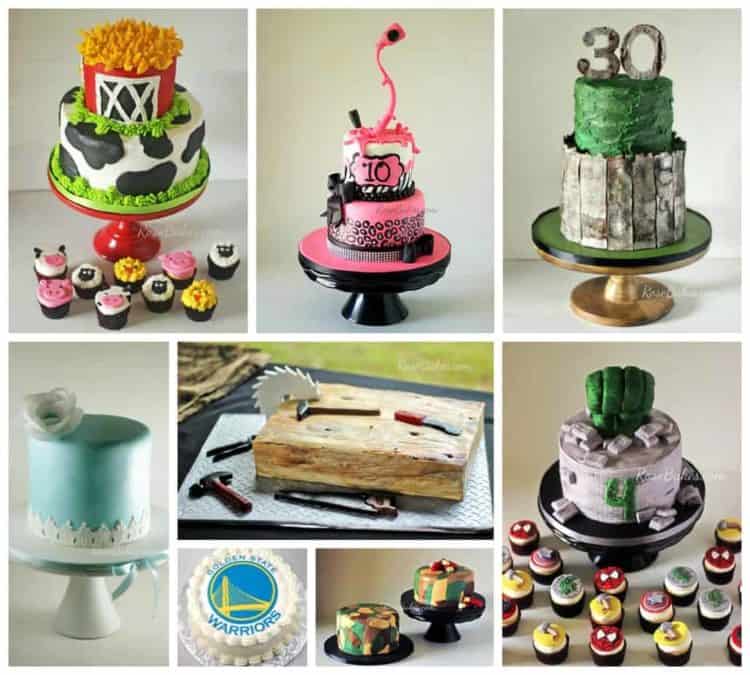 Ya'll.  I had orders for nine cakes, six dozen cupcakes (5 dozen with custom toppers), and 2 smash cakes (not pictured).  Seriously.  What in the world was I thinking?

I guess I was thinking that sometimes we just have to break our own rules.  Let me give you a quick run-down on all of these orders and the "why" behind me agreeing to do so much cake. 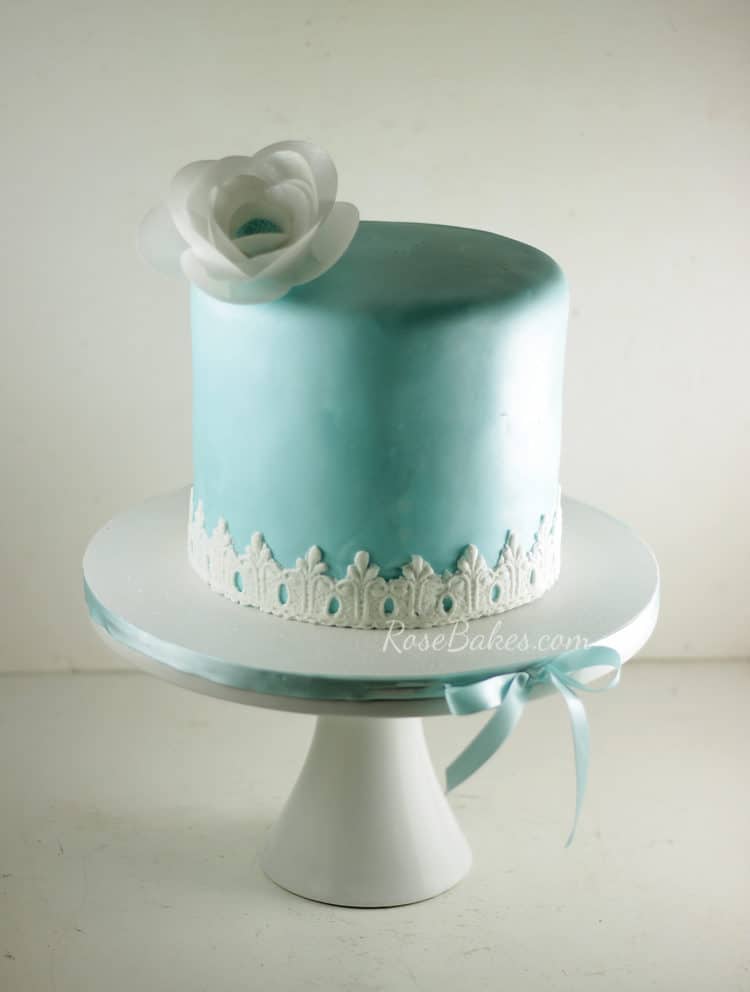 My first order went out to a sweet customer Allison.  She ordered a cake for herself, cupcakes for herself, and a cake for her boyfriend.  I love it when a girl knows what she wants and is not afraid to order it 😉  Aside from being a sweetheart, Allison's parents run The Doll's House ministry and I completely adore them and the work they do for Christ and serving women.  I couldn't say no to anybody in that family.  I just couldn't. 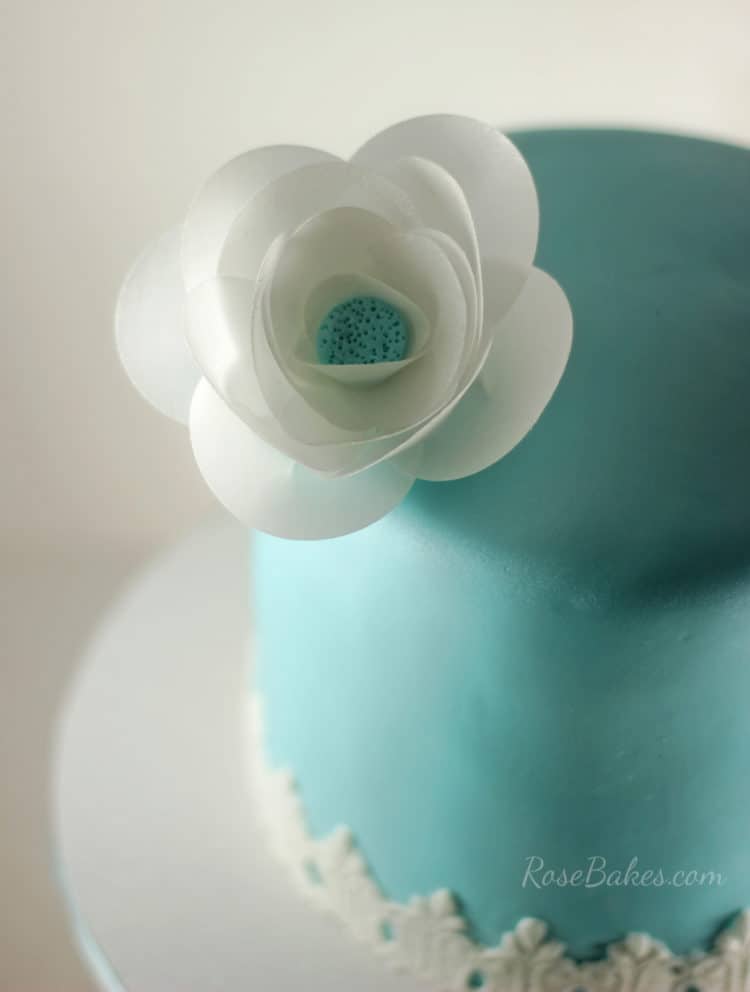 Besides, she pretty much let me have free reign with the design of her cake.  She only said that lately she was loving Tiffany Blue.  My only regret?  I finished up the order late at night and didn't get any great pics.

If you're wondering, I used this lace mold for the border, made the wafer paper flower following a tutorial in this Craftsy class, and the color was done with Americolor Teal and Sky Blue - then I sprayed the whole thing over with PME Pearl Spray. 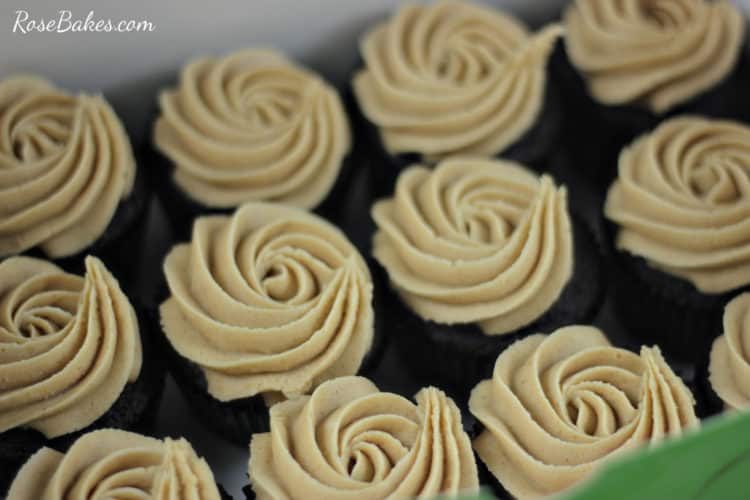 Allison also wanted some Chocolate Cupcakes with Peanut Butter frosting... and this cake for her boyfriend: 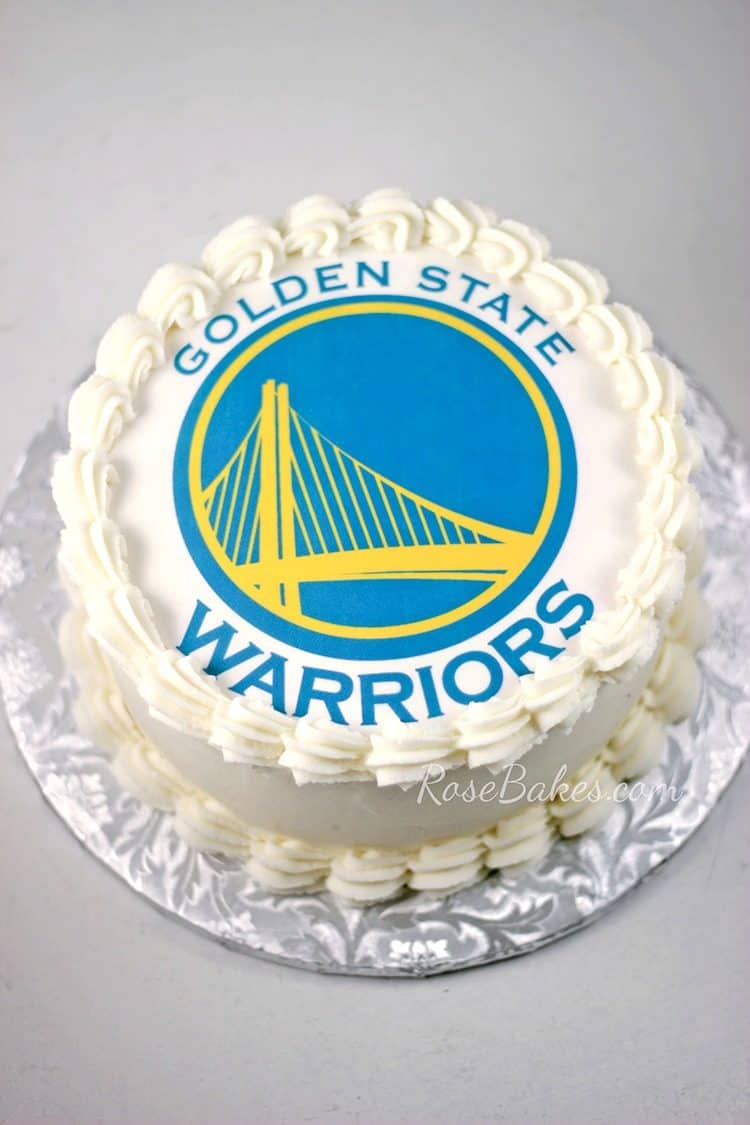 It was red velvet cake with cream cheese buttercream and an edible image I ordered!

Next, I made this cake: 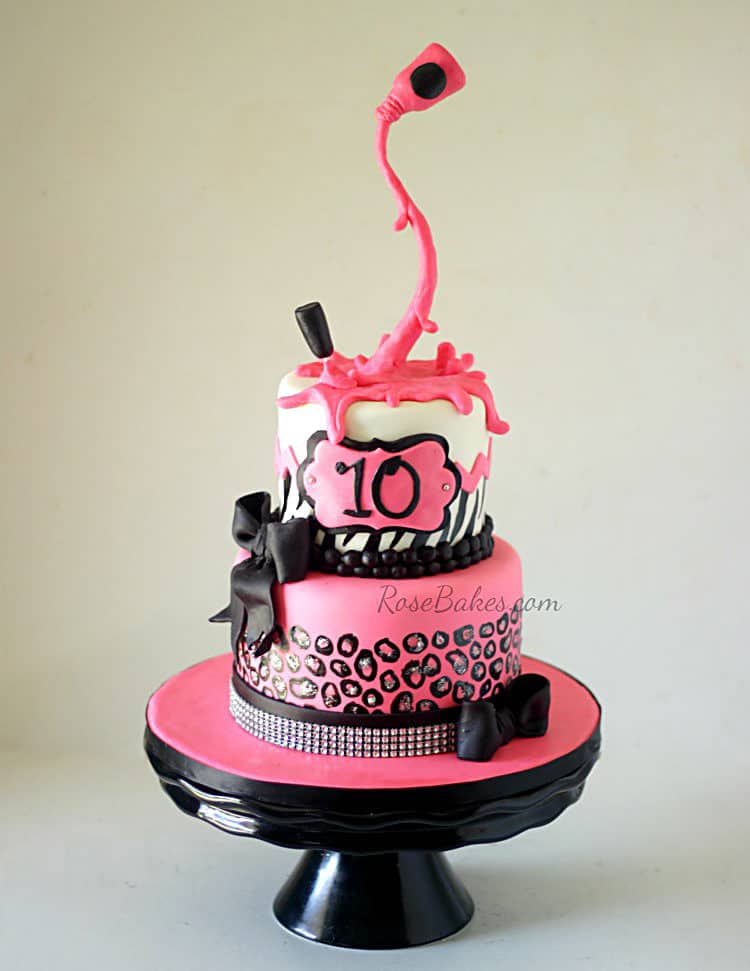 Again, I completely adore this customer and she always picks the cutest cake designs!!   There was no way I could resist an order for animal prints, bows, bling, hot pink, and gravity-defying nail polish!  This is the same customer who orders the Maleficent Cake last year.  She's just awesome, right?

Then there was this smash cake: 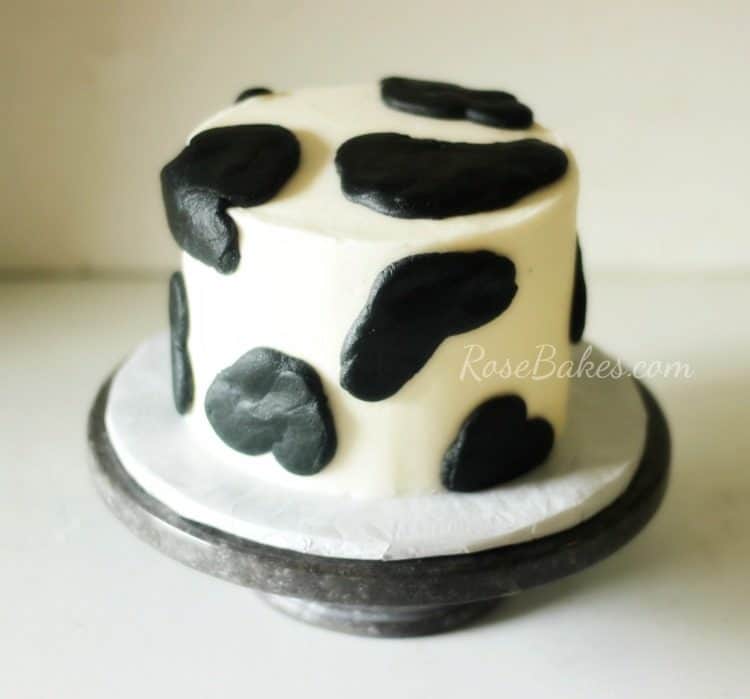 This little buttercream cow print cake was done for a photo session, then I made another the next day to go with the cake and 3 dozen farm animal cupcakes for the party. 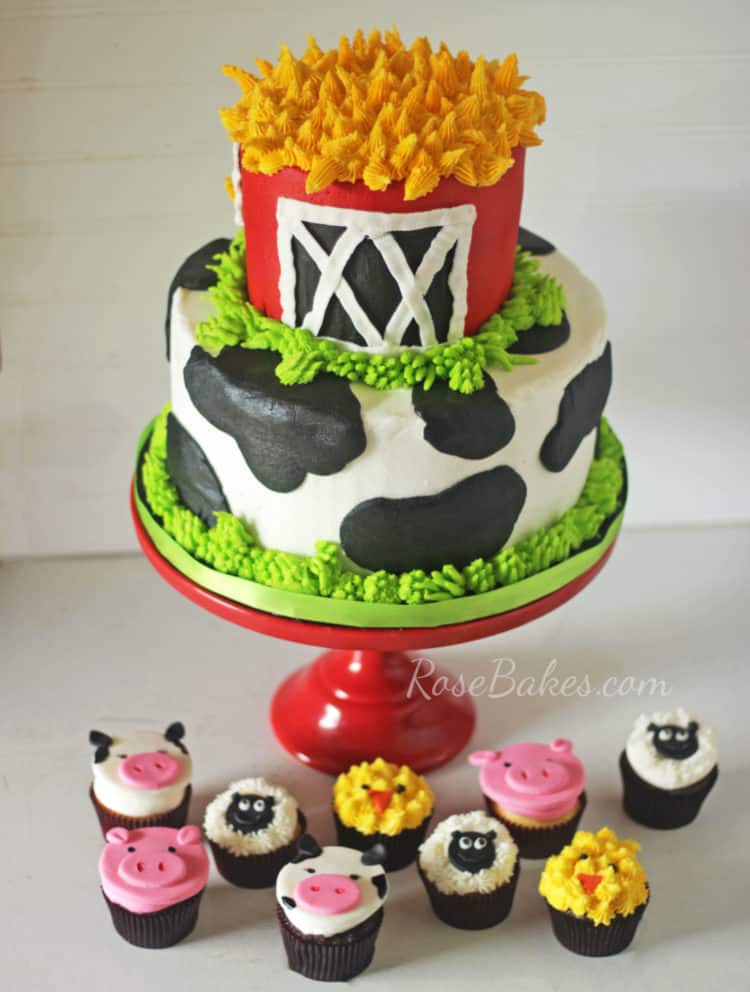 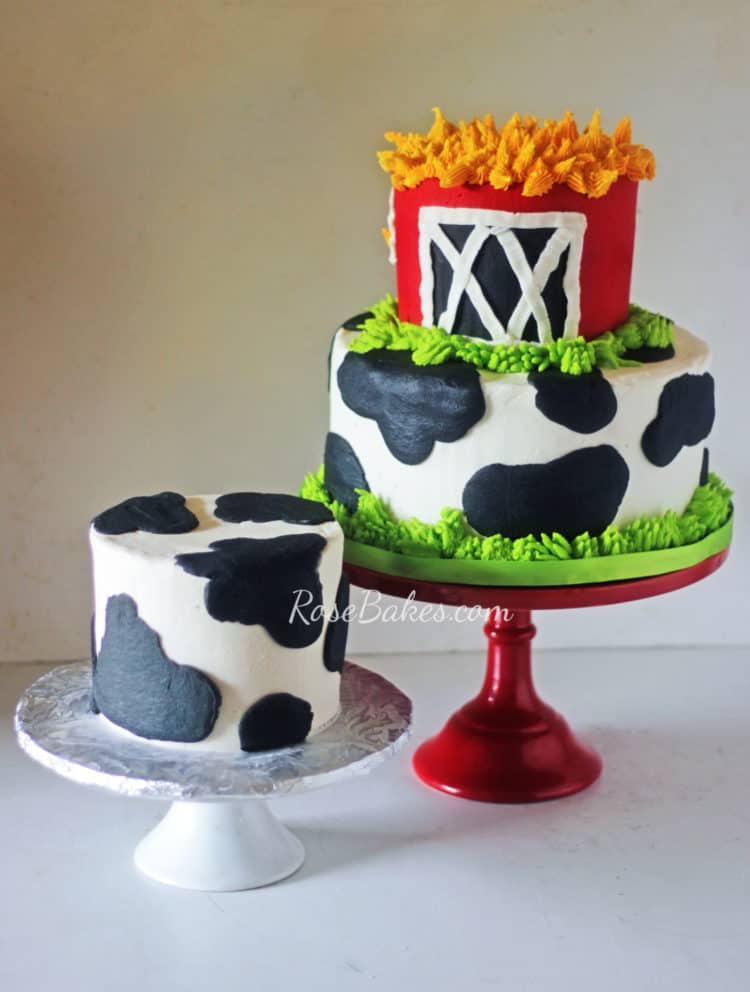 And if you want to know how to make the cupcakes, I have a whole series on making the Barnyard Animal Cupcake Toppers HERE. 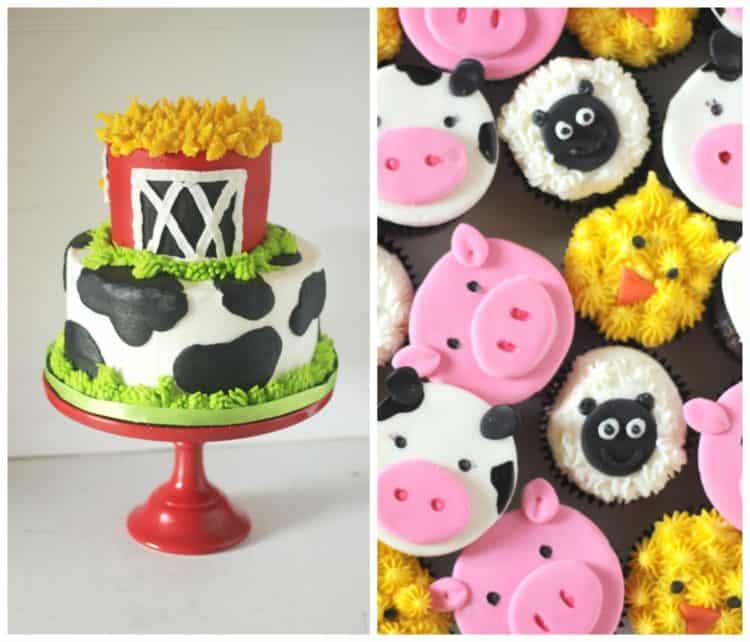 I almost never do all buttercream cakes, but mom specifically requested that no fondant be on any of the cakes, so I took the challenge!  After I finished up those, I made camo cakes! 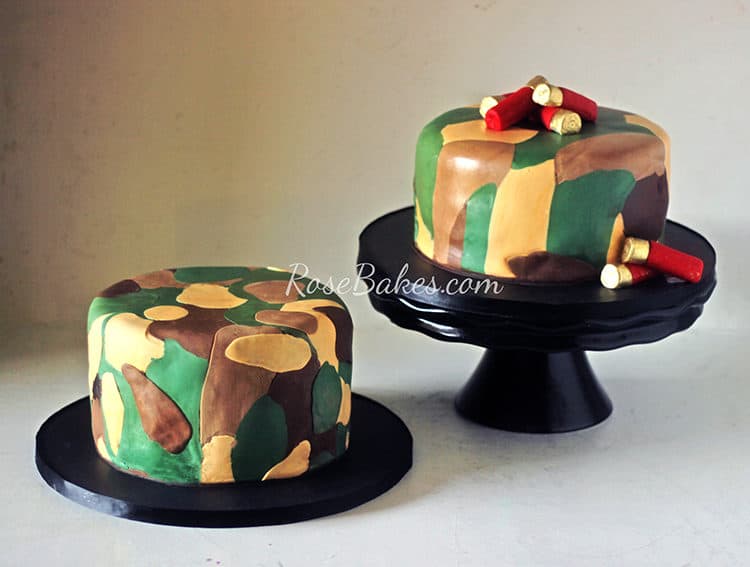 The one with the shotgun shells was for my nephew Rodney's 4th birthday.  I never ever refuse a cake to a niece or nephew so that was a given. 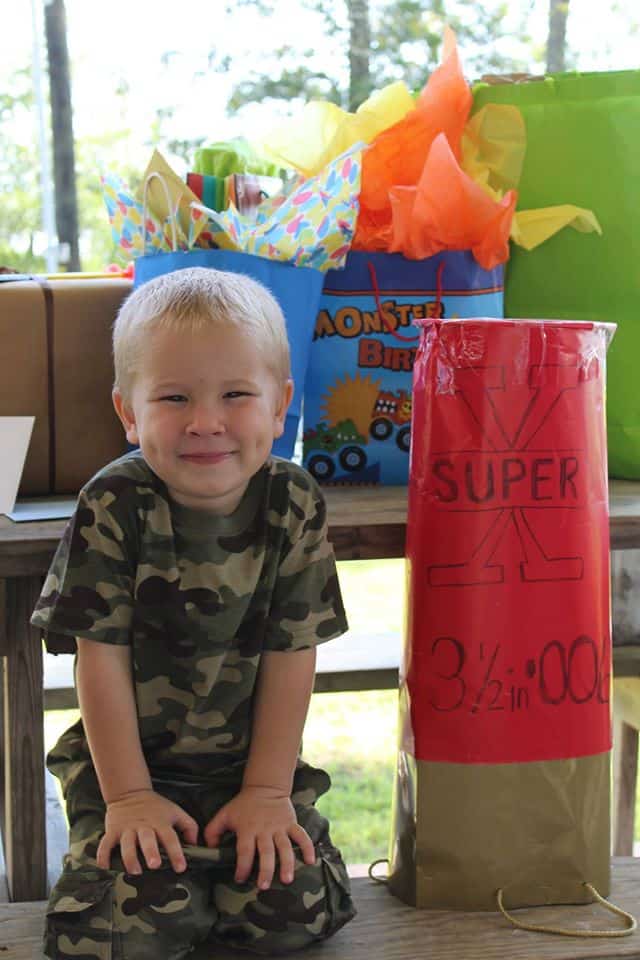 Is he not the cutest kid you've ever seen??  The dimples... gosh the dimples.  I call him my "little cupcake".

Then my sis-in-law asked if I could make a matching cake for her cousin who was celebrating his 15th birthday the same day of Rodney's party.  Since I love a good surprise and Win (her cousin) was going to be at the party, they surprised him with the matching cake and added a 4 Wheeler for the topper!  I had to do it ya'll.  Had to.

After all of that partying... I came home and made this Hulk cake: 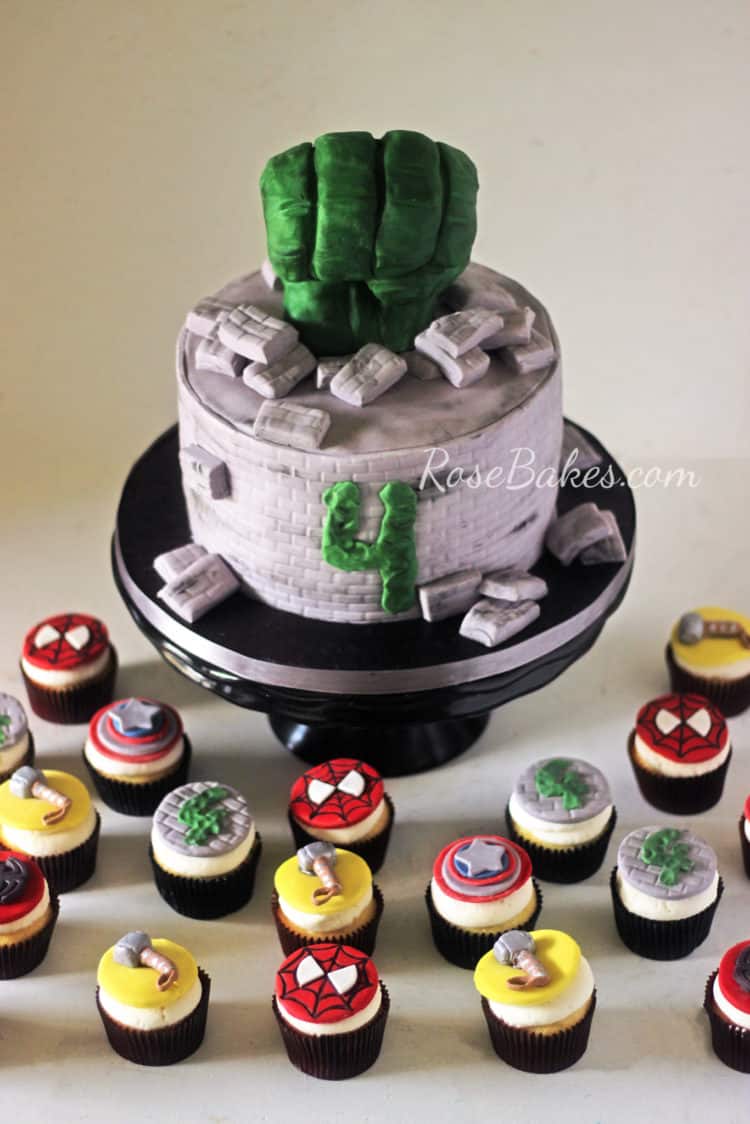 And I made 2 dozen matching Avenger's cupcakes.  These were done for twin boys celebrating their 4th birthday.  Their Mama is our family doctor (and one of the kindest women you'll ever meet) and after one of the boys' near-death accident two years ago, the family celebrates a miracle every day that they have him and I consider it an honor to be making their cakes and hope to be doing it for many, many years to come!

Once all that was finished... I still had 2 cakes to go!  The first was for my brother - celebrating his 30th birthday.  His sweet wife planned a big surprise party for him and I had a blast learning a new technique and making him this very unique and masculine Tree Bark Cake: 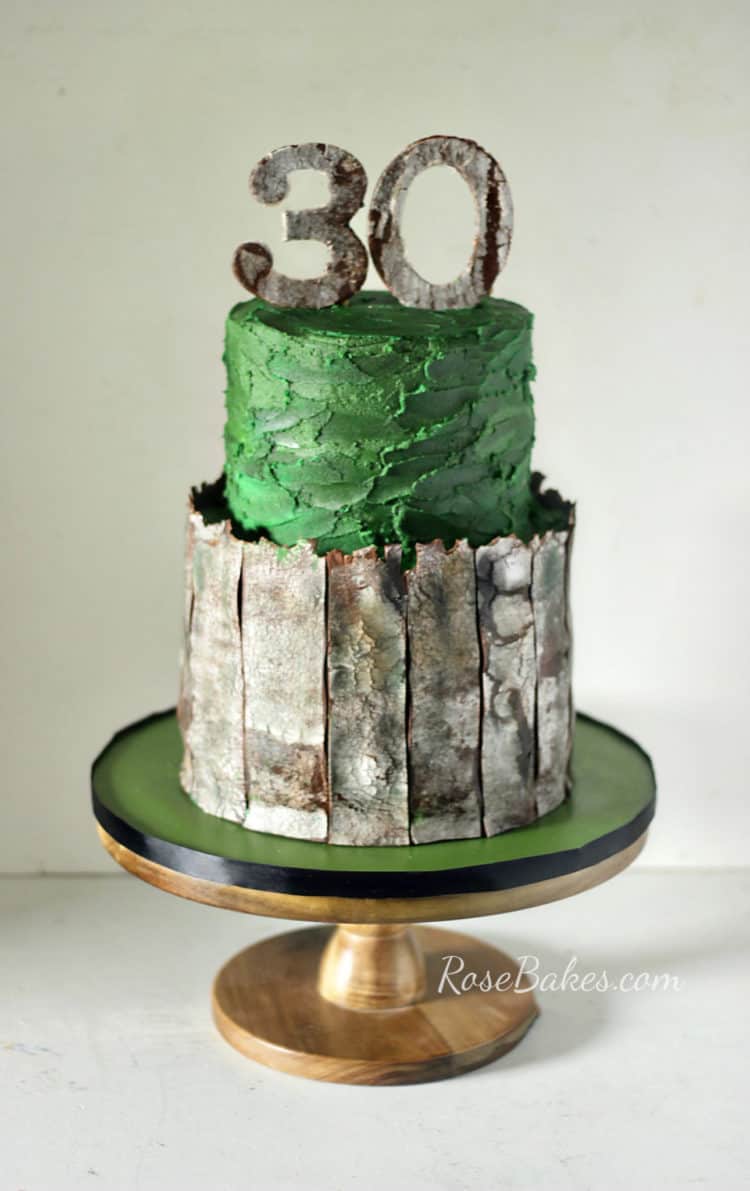 I was shocked... completely STUNNED... at how easy this technique was and how realistic it looked - even up close: 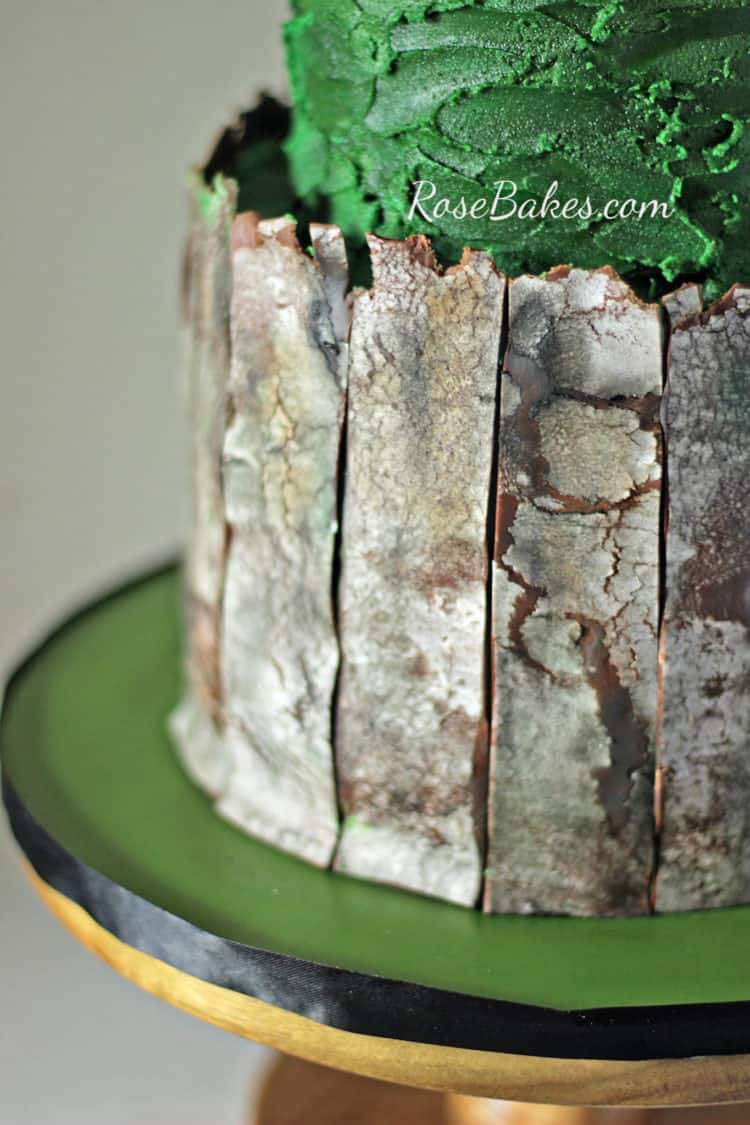 And last, but certainly not least... my sweet Caleb celebrated his 15th birthday!!  He's the kindest, gentlest, most hard-working kid I know.  He cuts grass (for us and with my brother as part of his business), he makes all of my buttercream, he made me a coffee table and he's made chairs and gosh... he's just awesome!  He was actually born the same day my brother celebrated his 15th birthday so it was kind of neat that this past weekend, they turned 15 and 30 together! 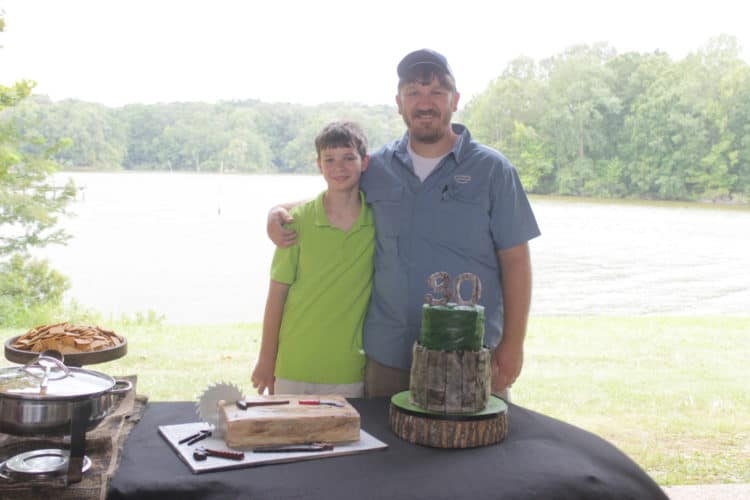 My sister-in-law let me crash in on her party a little bit and surprise Caleb with his own cake.  He was such a sweetheart the whole week... he knew I had a zillion orders and he never asked nor complained about having a cake of his own. 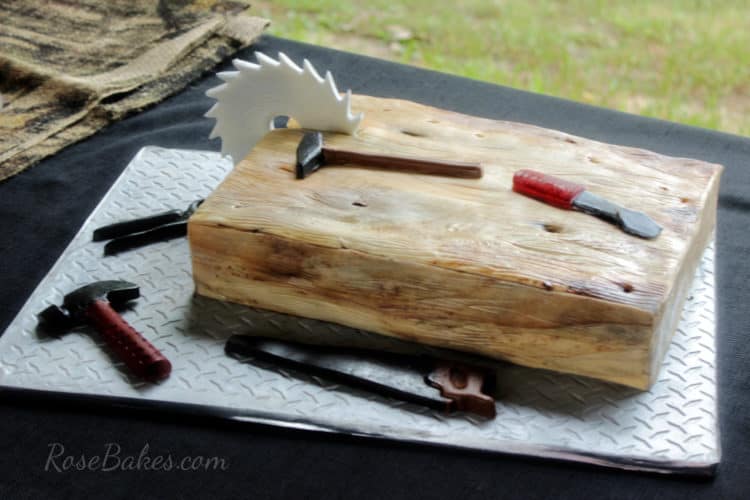 But having failed before at making my kids a cake - I am doing my best to not let that happen again.  So I stayed up late (very late - like 3am late) and I finished this cake to surprise him!  He loved it and every minute of lost sleep was worth it for this precious kiddo!

So that's it... my long long list of cakes and cupcakes from this past weekend.  And it's also why I slept til 11am on Monday.  #notevenkidding

I know I sort of skimmed over all of these cakes... so as usual, do you have any questions?  Leave me a comment!!