I'm cutting it so close sharing this tutorial for the 4th of July.  I had hoped to post it last week, but it was such a busy week, I just never got around to it.

But the good news is, everything you'll need to make these Easy DIY 4th of July Firecracker Cupcake Toppers can likely be found at your local craft store, Walmart or even a dollar store.

I have been thinking on these for a couple of weeks... wanting to come up with a patriotic idea for cupcake toppers for the 4th of July - something anybody can make.  No special stills or tools required.   And these cupcake toppers are exactly that.  I dare even call it a tutorial - it's so stinkin' easy. 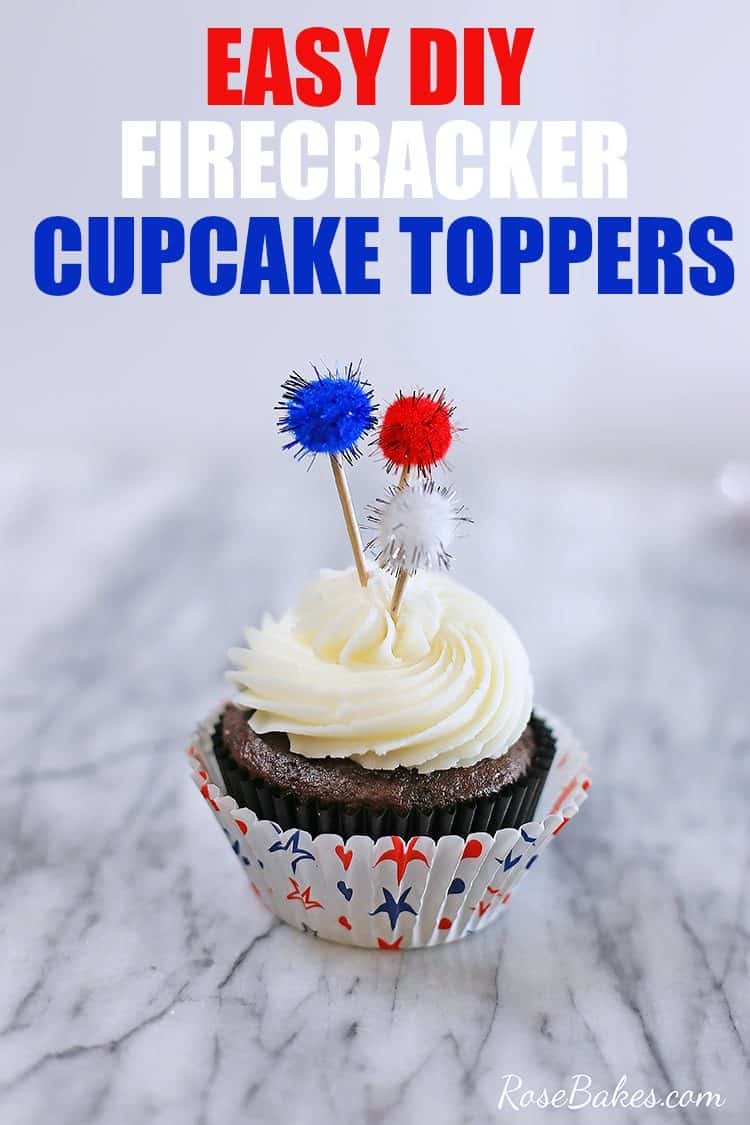 I did pipe on some pretty buttercream (I have a tutorial for that here), but even if you just spread on buttercream with a spoon and add some colorful sprinkles (I did below!), I still think the addition of the "firecrackers" would make them super cute and festive.  And it'll look like you exerted way more effort than actually required 🙂 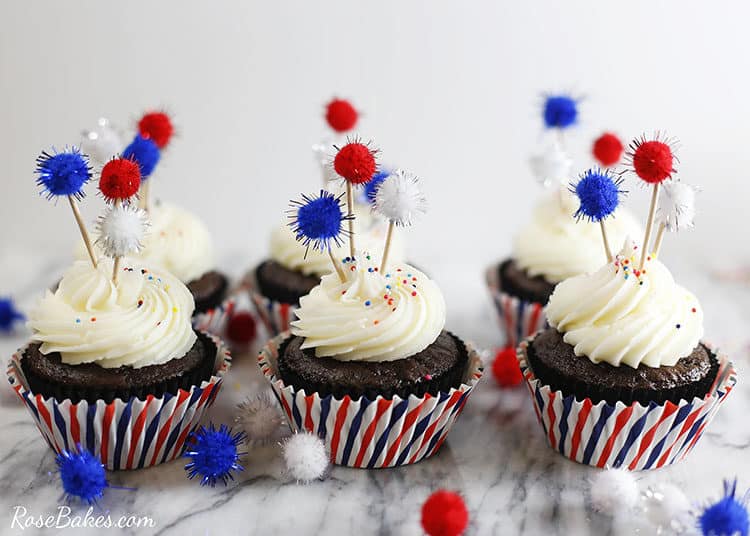 So are you ready?  Here's what you'll need: 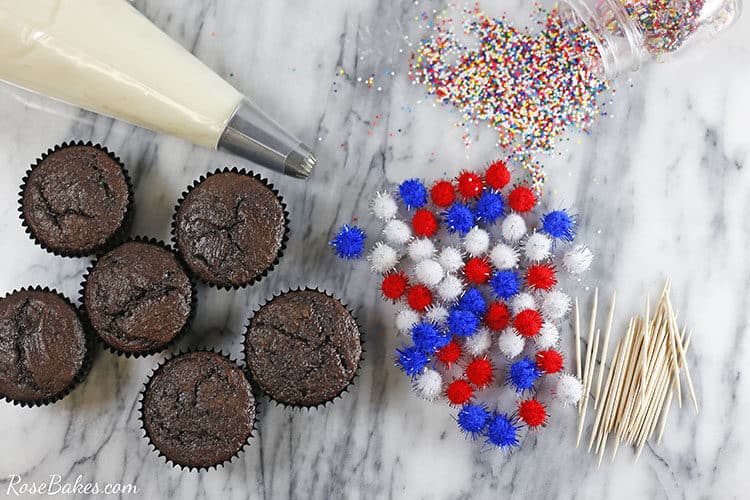 Okay - once you have everything together, these are so, so easy to make! 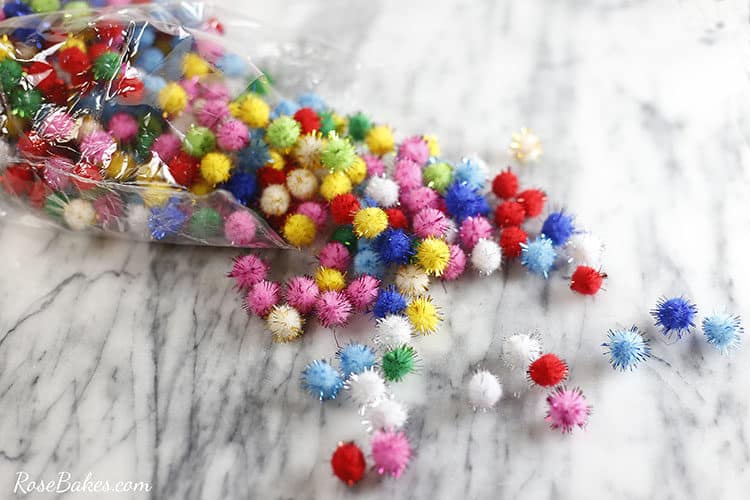 I bought a big mixed bag of pompoms so I had to sort out the red, white and blue ones first. 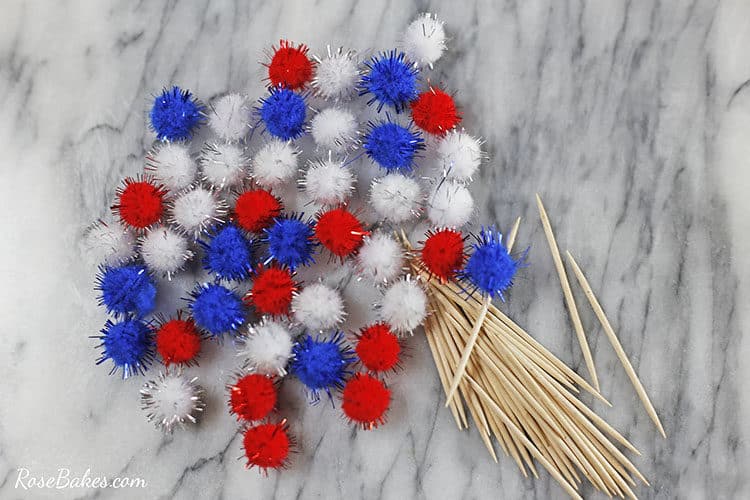 Then I grabbed my toothpicks and got started. 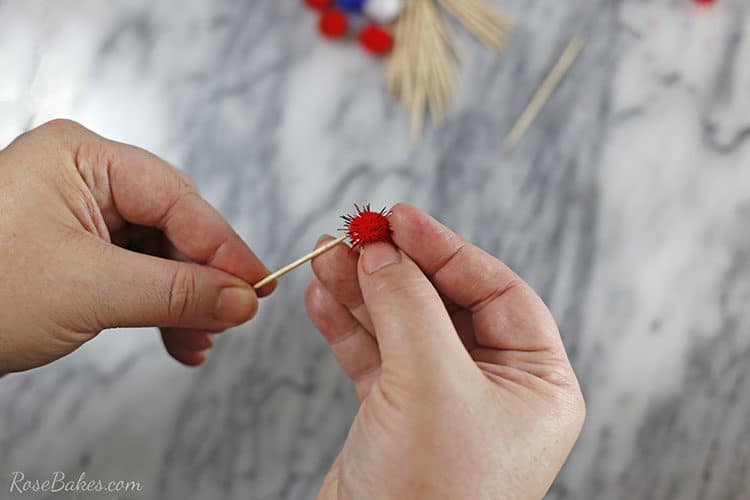 For the toppers, you simply stick a pompom on a toothpick. 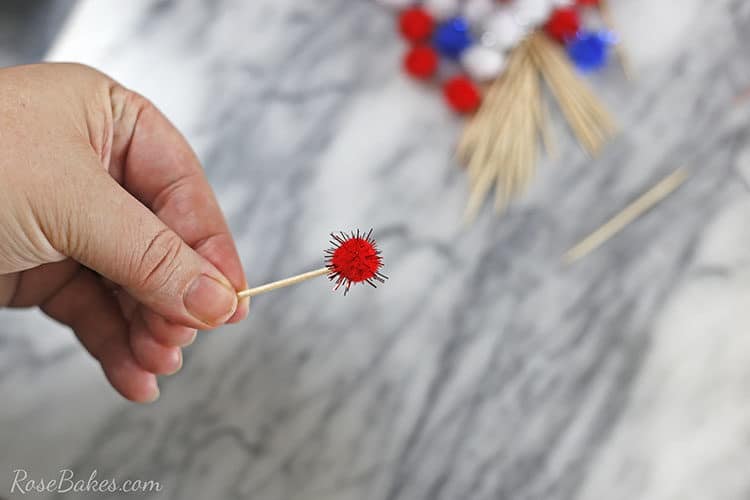 And you're done.  No gluing required.  The toothpicked poked into the pompom easy-peasy. 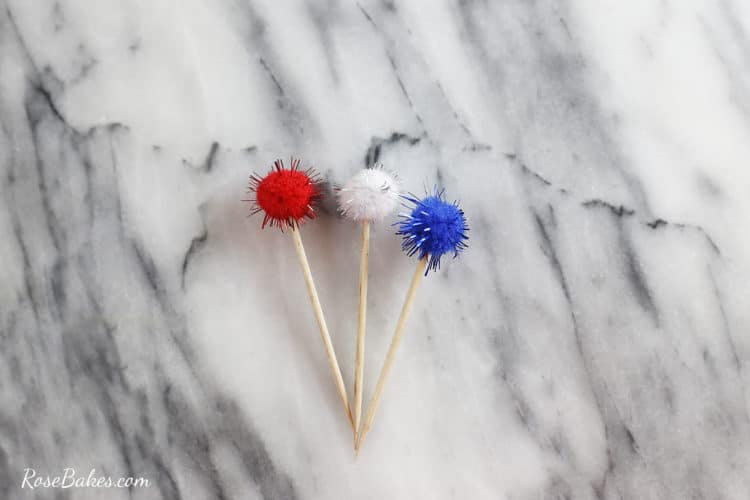 Make as many as you need (you can do them really fast), and voila - Easy DIY Firecracker Cupcake Toppers. 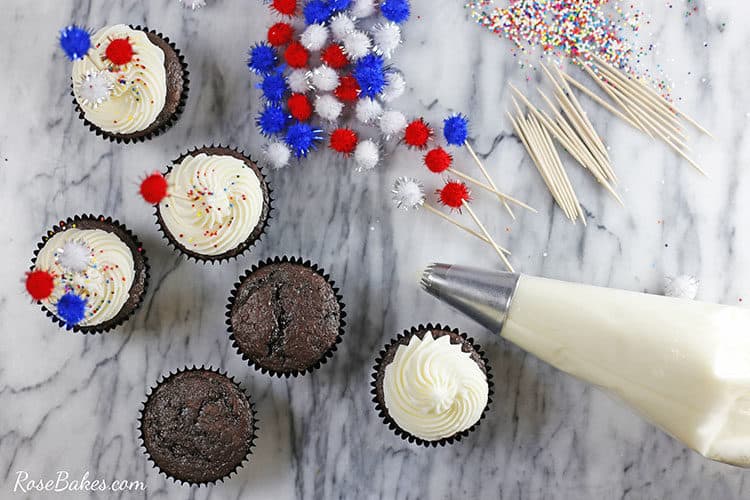 Now - to put them together... again, this is sickeningly easy.  First you start with a cupcake: 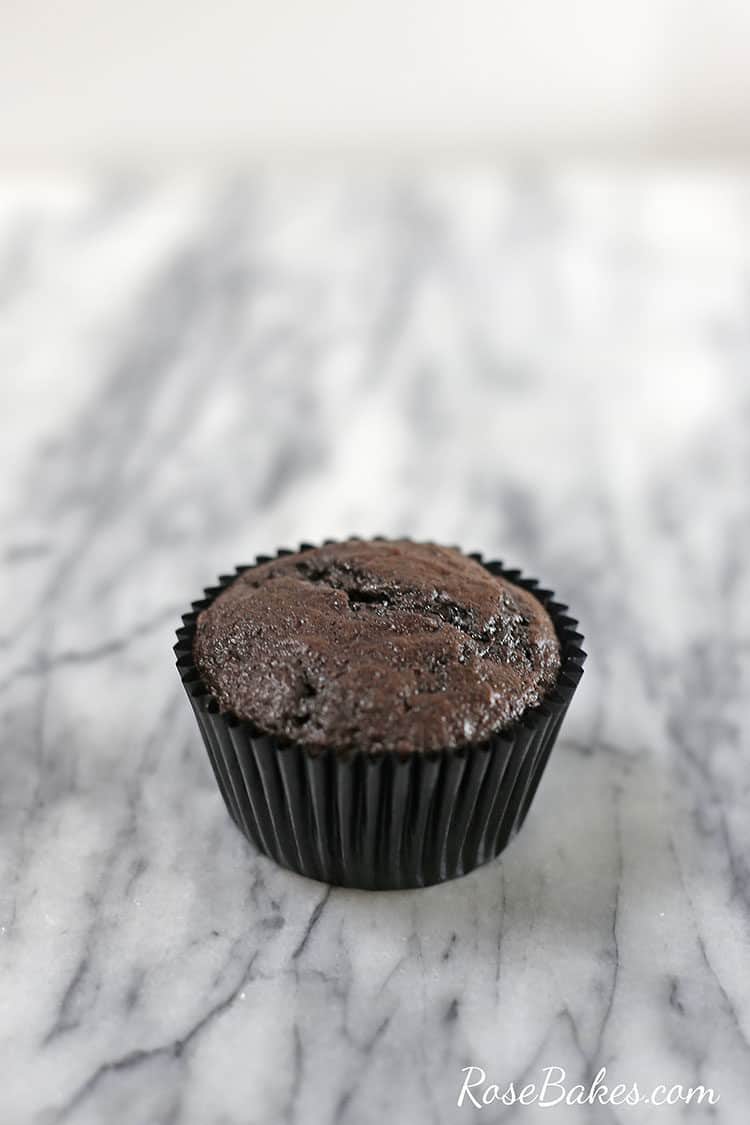 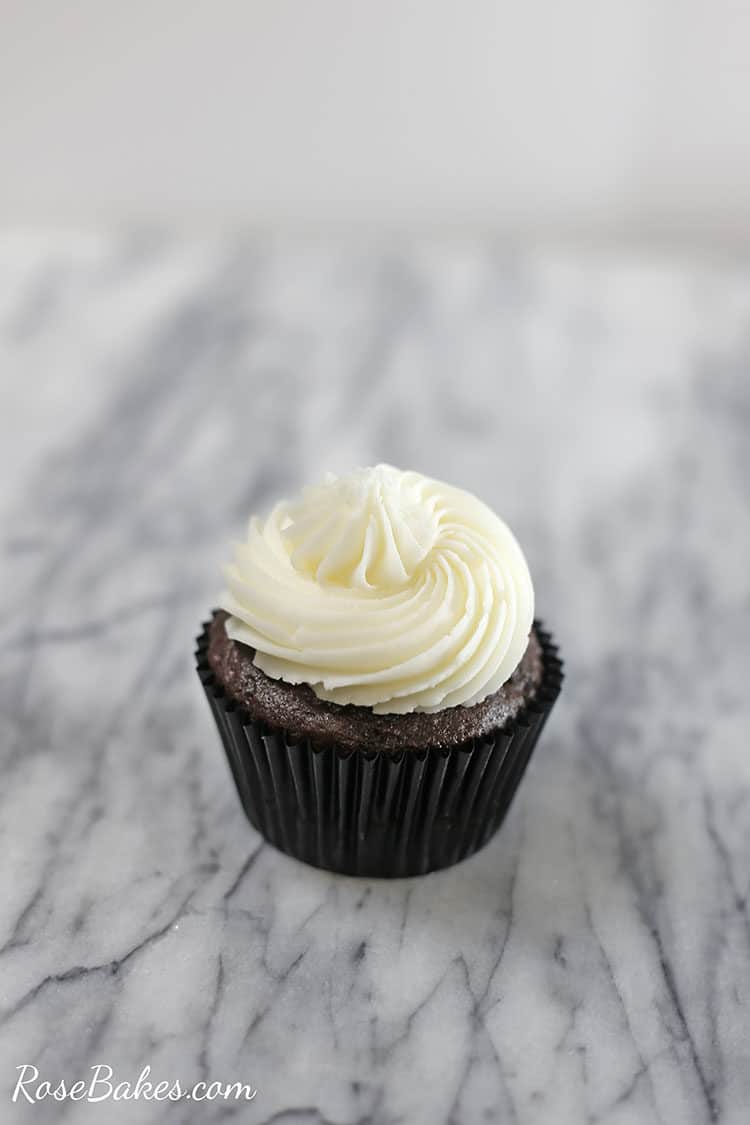 Then you add buttercream.  I piped these with an Ateco #869 (large French Star Tip) from this set. 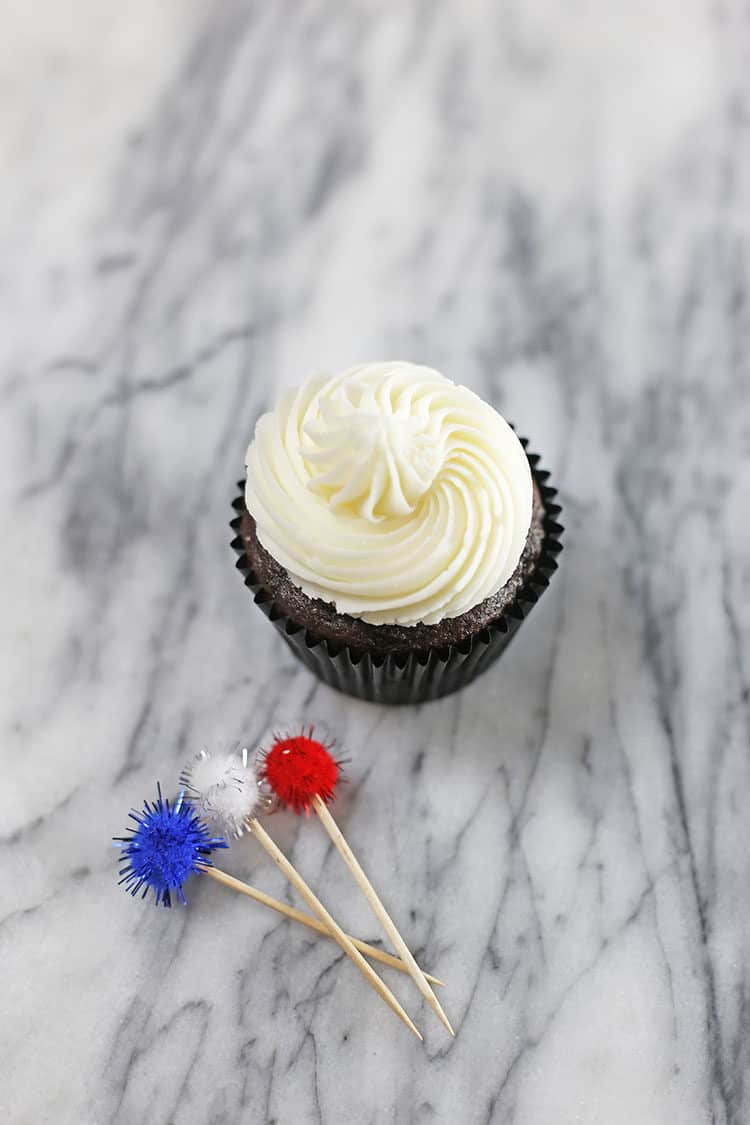 Next you'll just add your 'firecrackers'... and if you have them, a few sprinkles.  I dropped mine into 4th of July cupcake liners and called it a day! 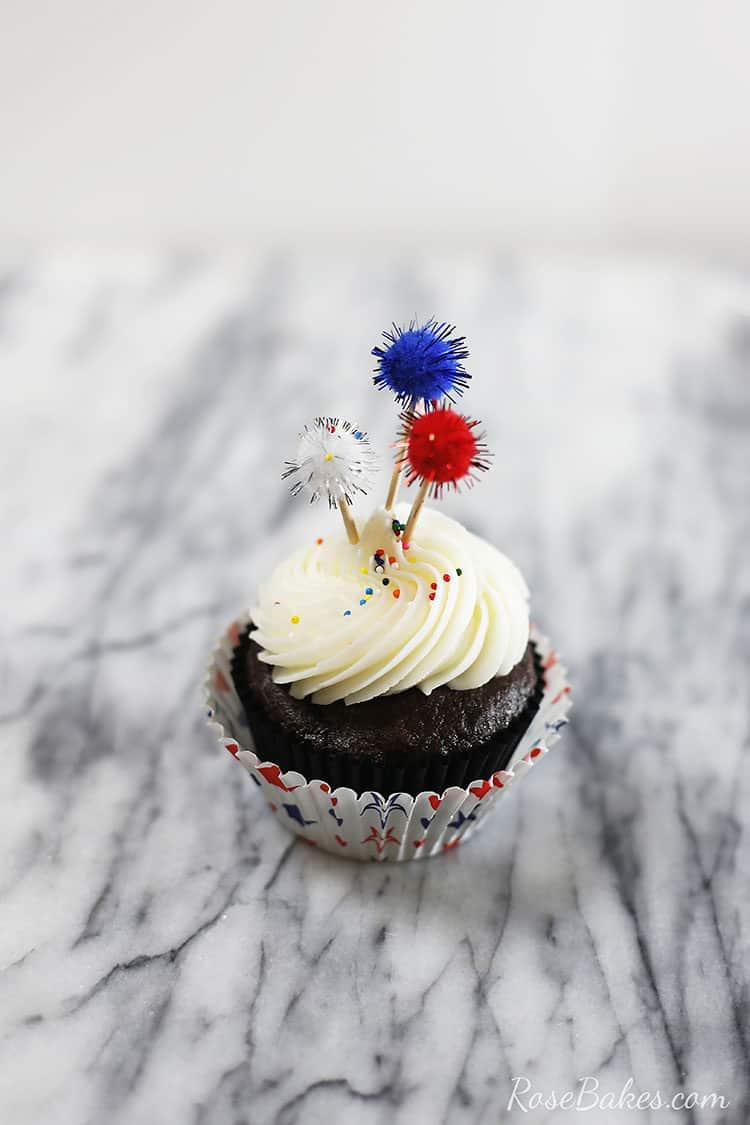 They really are incredibly adorable and so festive, right?  I hope you love them as much as I do! 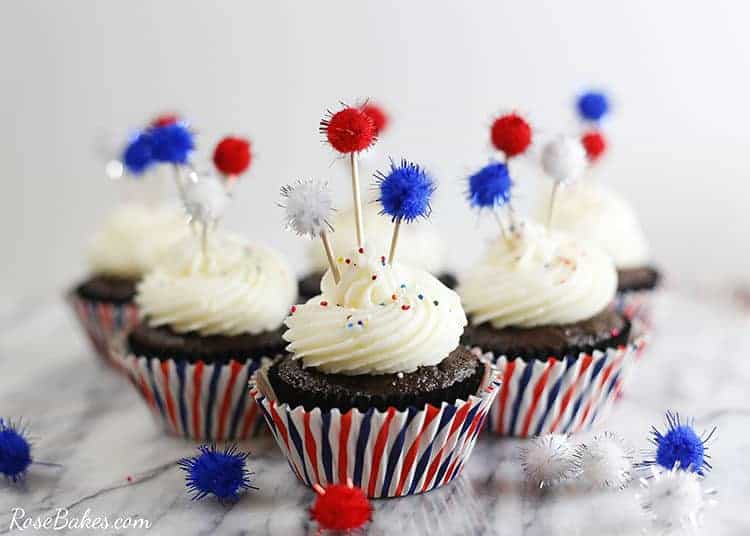 I was dreaming up all kinds of variations of these.  I can just see using the other colors of pompoms for Christmas cupcakes or a little girl's birthday party!  They're just FUN!! 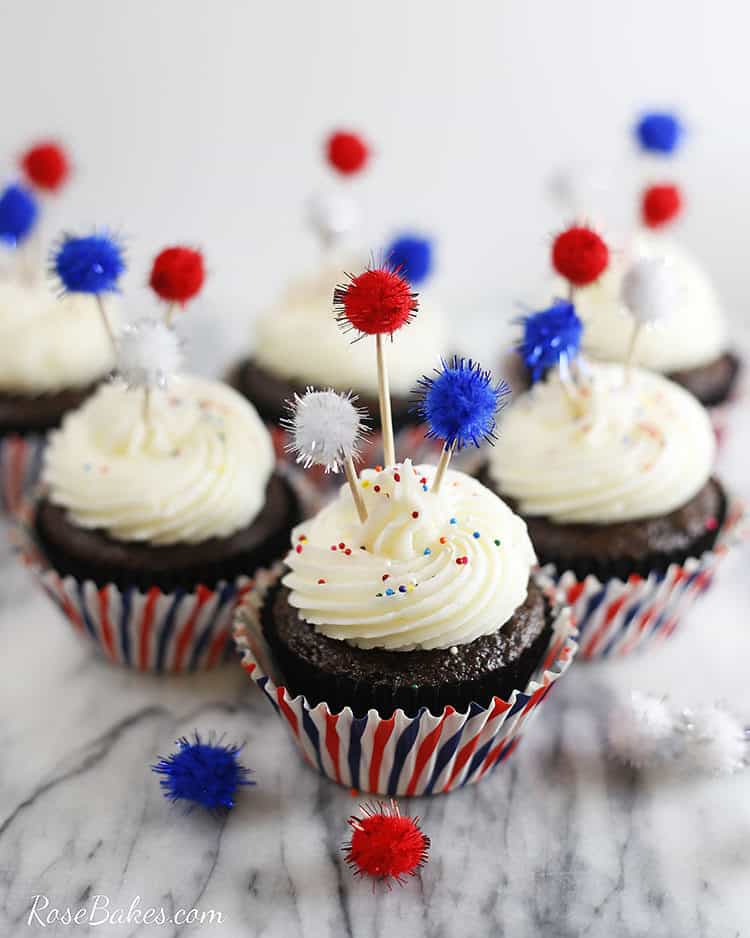 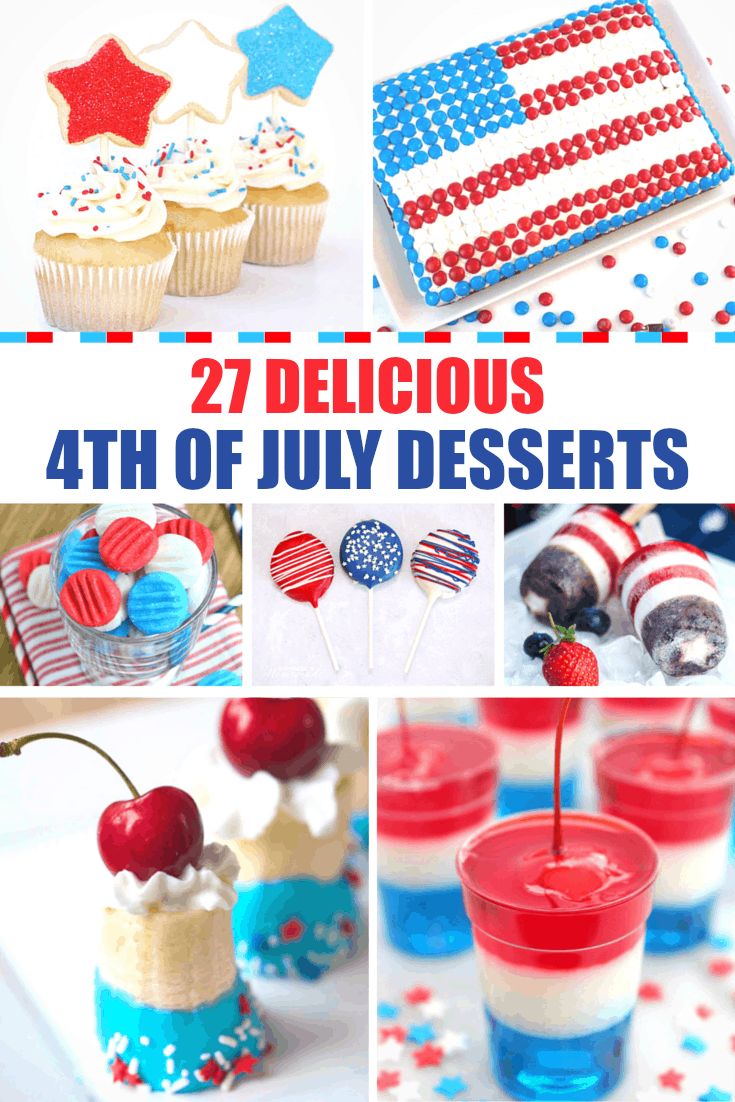