Make an Easy King Cake with Cinnamon Rolls!  This is by no means a real King Cake, but it's a fun, festive, tasty substitution that anybody can make with only two ingredients and a few minutes of time. 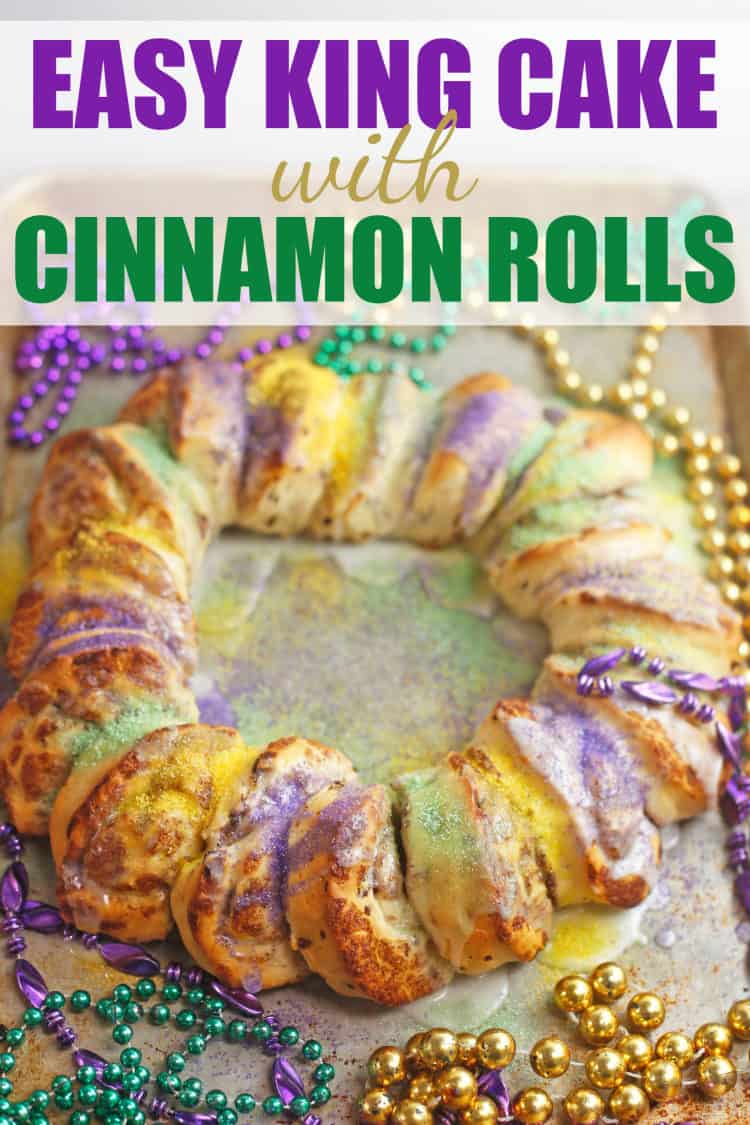 I've been thinking about making this "King Cake" for a few weeks and finally this weekend, I made it happen.

We don't actually celebrate Mardi Gras, but every year I make sure we get at least one King Cake during Mardi Gras and sometimes I even get a really good one from a bakery in Louisiana.

This year our "real" one came from the Walmart bakery (and it was pretty good considering), but when I went back for a second one, they were already all sold out.

But the kids were still asking for another.  While ideally, I'd make a real King Cake from scratch, that's not happening right now. I currently don't have a kitchen to speak of so this cheater, short-cut version was perfect.

Here's a short video showing how easy it is:

And here are the ingredients... 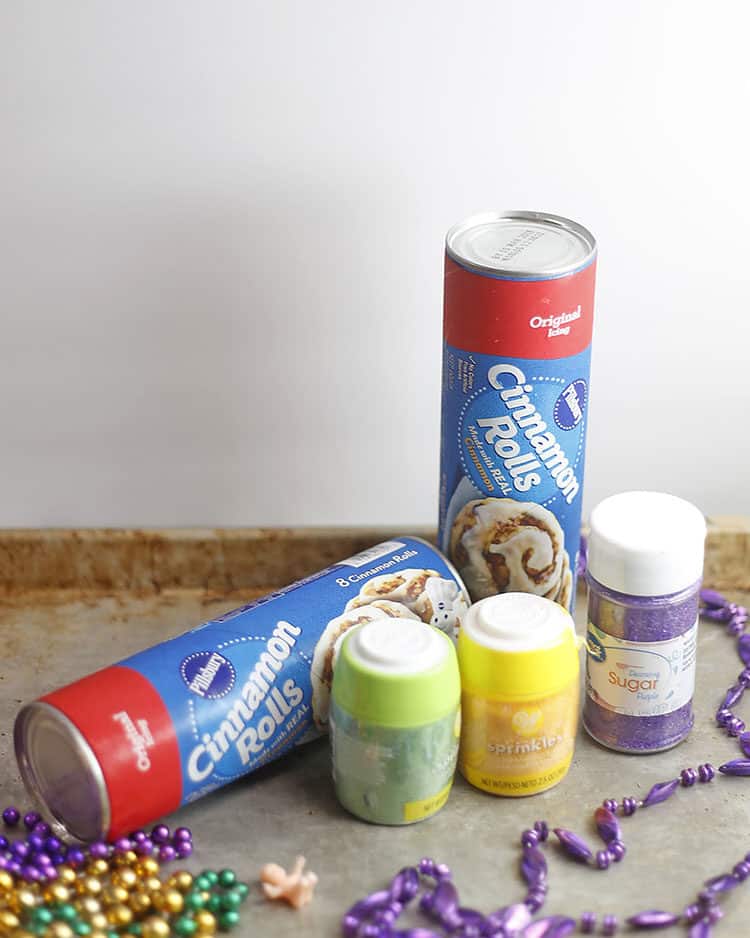 Canned cinnamon rolls (two cans) and colored sugar. My sugars weren't even as vibrant as real King Cake colors, but they worked! I used Wilton Green and Yellow Sprinkles... and a store brand Purple Sugar. 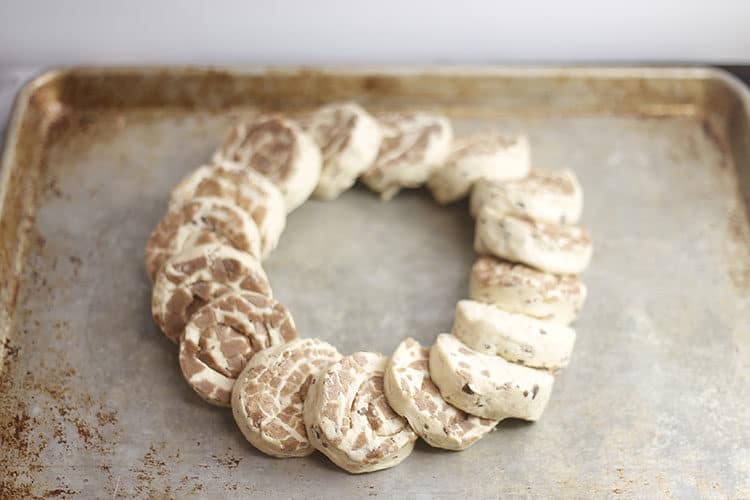 Spray a cookie sheet with non-stick spray.  Then crack open two cans of cinnamon rolls and layer them into a circle. 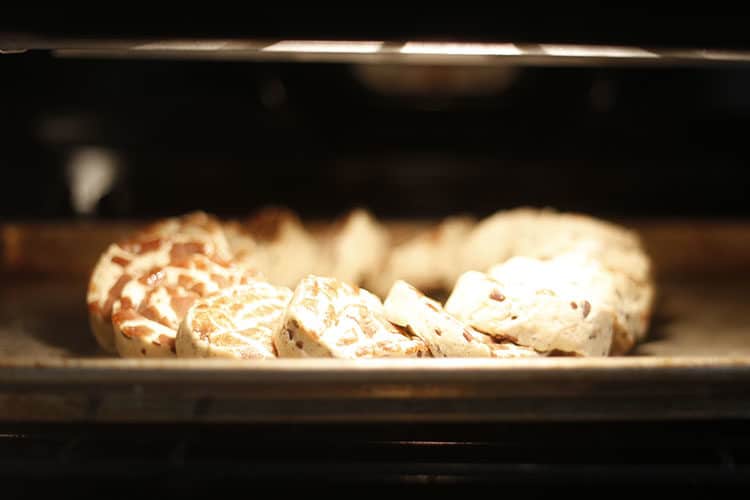 Bake according to package directions.  It may take a couple of minutes longer than usual since they're layered. You don't want any raw dough in those overlapping areas. 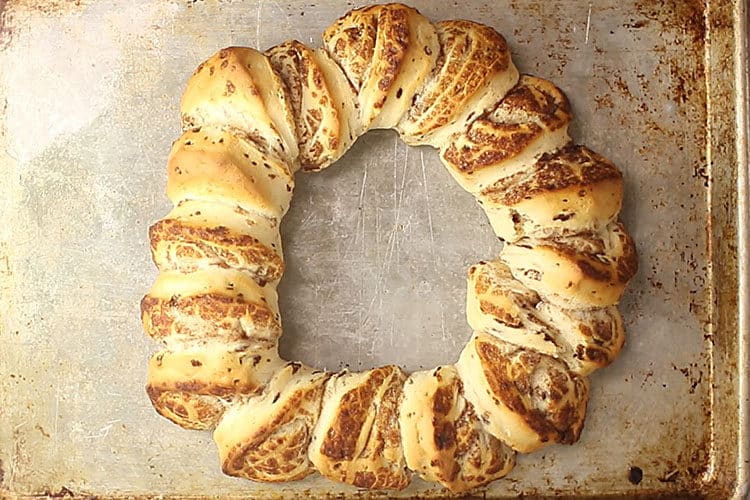 Note: I had every intention of hiding the plastic baby Jesus in the King Cake at this point (after baking), but I totally forgot. If you have a baby, then this is when I recommend you hide it - before icing. 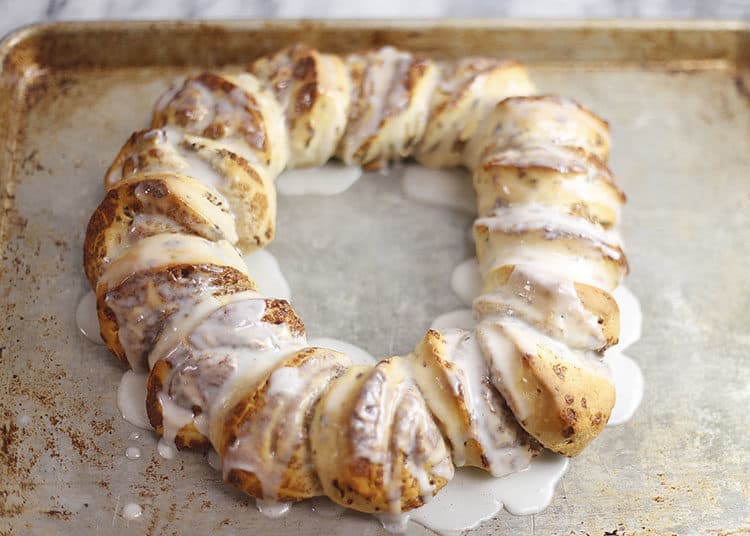 Cover the cinnamon rolls ring with the including icing.

Tip: warm the icing in the microwave for about 10 seconds and it's super easy to spread. 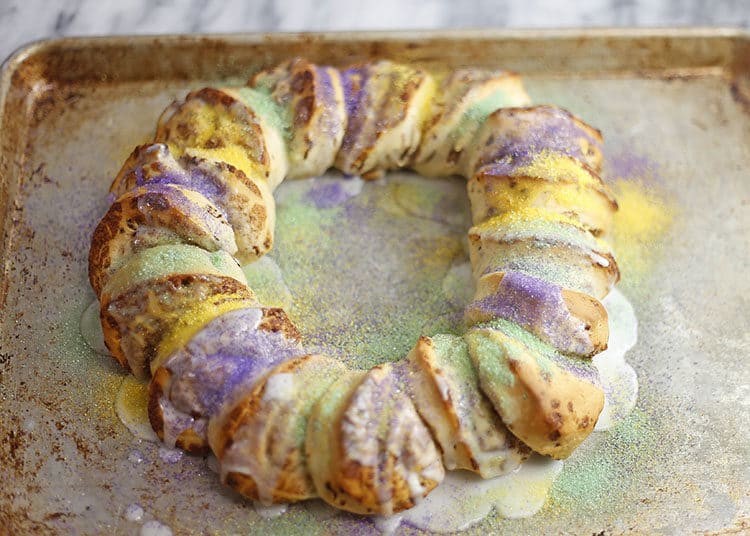 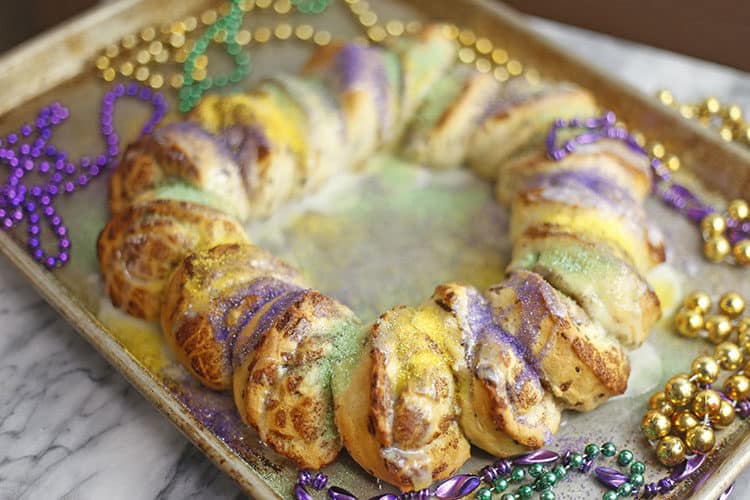 My son has a huge bucket of Mardi Gras beads from a parade a couple of years ago so I made my presentation a little more festive by adding some beads. 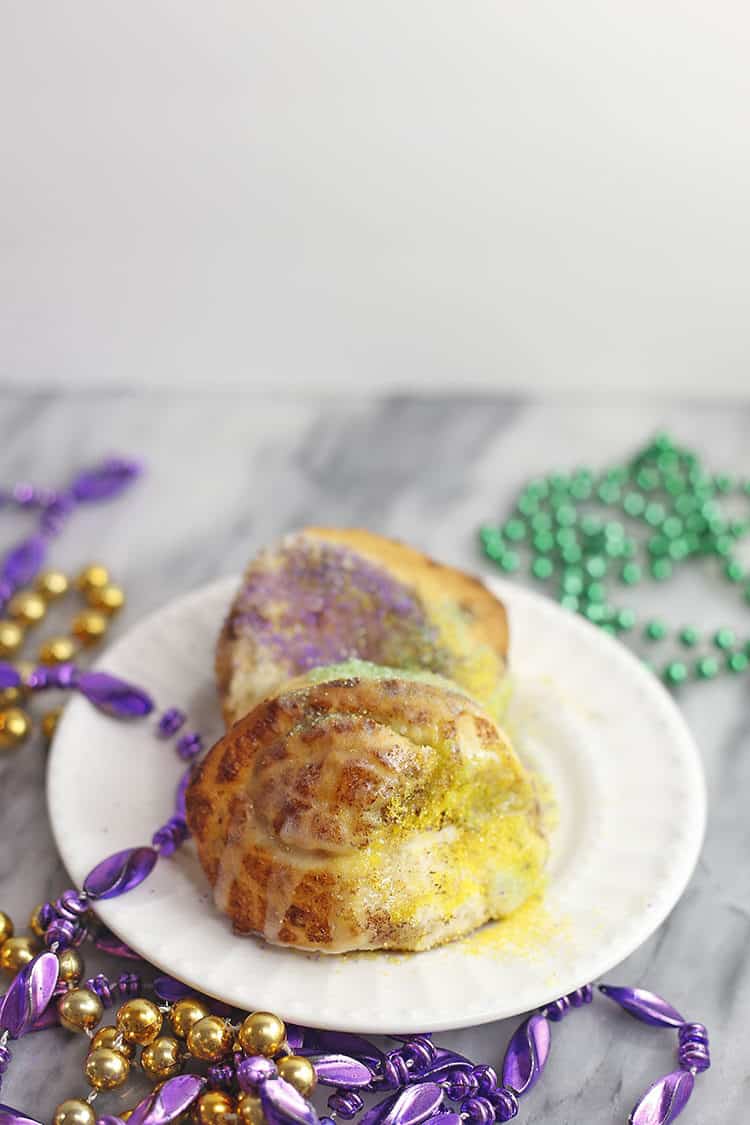 Enjoy!!  It took about 3 minutes flat for my pan to look like this: 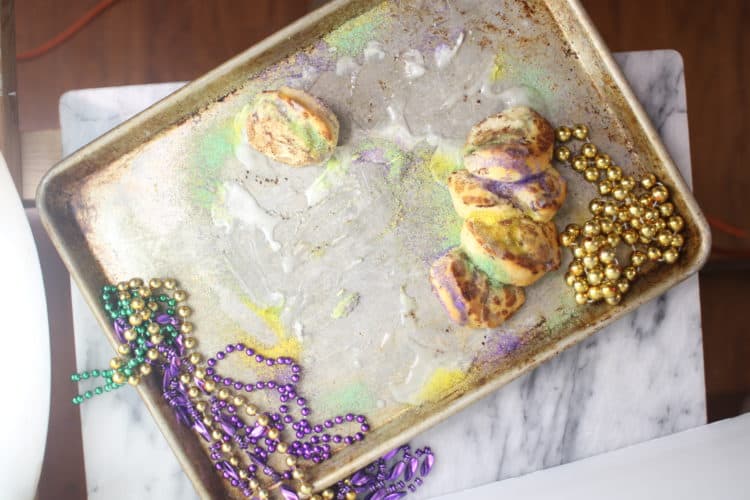 Obviously, my kids and hubby loved the Easy King Cake with Cinnamon Rolls.

I hardly think this qualifies as a "recipe" but I'll include the recipe card below anyway just in case you want to print it out.

Layer the cinnamon rolls on each other in a circle.

Bake according to package directions (maybe a couple of minutes longer). For me it was 400°F for 16-17 minutes.

Microwave the including icing to soften it, then drizzle or spoon it over the ring of cinnamon rolls.