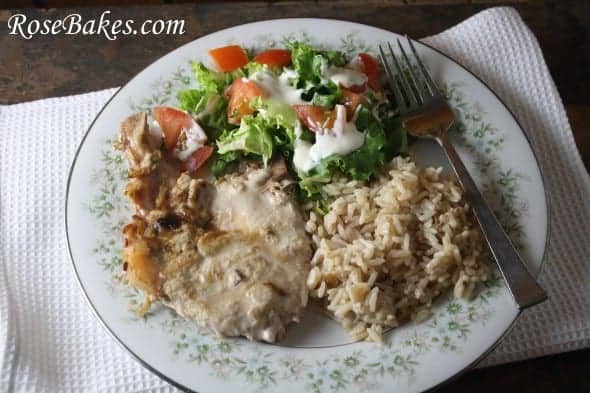 I've had Monica's Baked Pork Chops & Rice on my list of recipes to share for quite awhile for a couple of reasons....  first, I want to share it because it's a go-to recipe for me... a family favorite that we have at least once a month and I have been making it for years.  It was given to me by a dear friend Monica.

Also, it's easy with no out of the ordinary ingredients or instructions... you put it all in a dish, cover with foil and throw it in the oven.  Done.  I love those kind of recipes!! 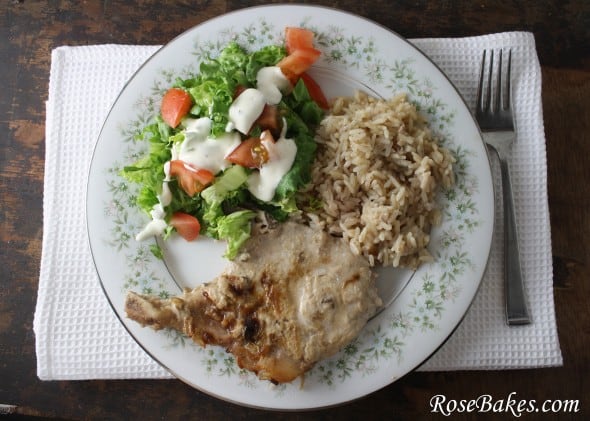 Now I call this recipe "Monica's" because many years ago (probably 11-12 if I had to guess) we were at Monica's house for dinner  and she made it...  and I immediately wanted to know what was in it!  I begged for the recipe and jotted it down as she rattled it off to me from memory. 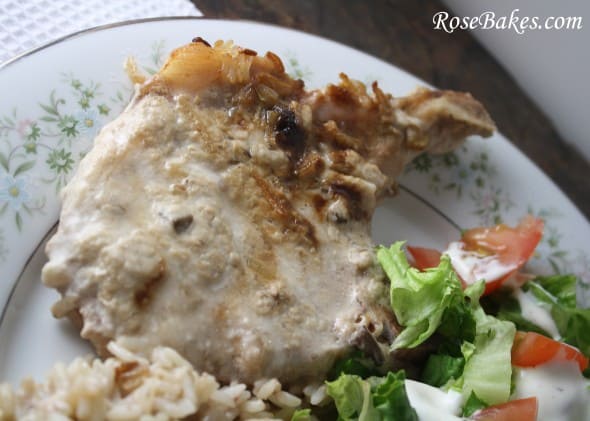 As I recall, she didn't have exact measurements for everything, but that didn't deter me.   I've actually made it so many times now that I have my own version that's almost as good as hers was (I'm pretty sure she used a lot more butter - which always makes everything better, right?).  And anyway... I've called it Monica's Pork Chops ever since... 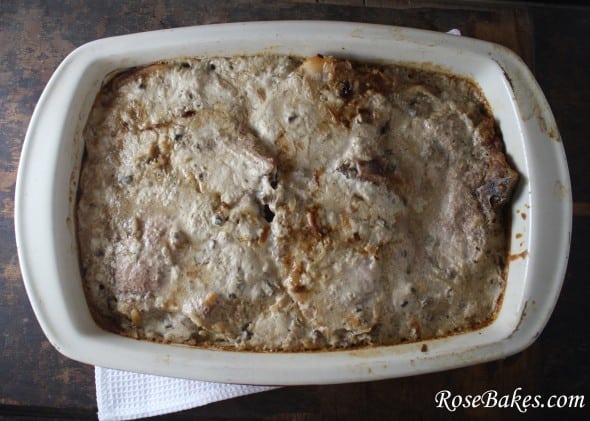 When it's done, add a vegetable or two and you have a complete meal!  I almost always serve with a salad or green beans...

This post is linked up at Sunday Round-Up, Foodie Friday and I'm Lovin' It.