This No-Bake Cheesecake Cups Recipe is so easy to make and possibly the creamiest and smoothest cheesecake mixture I've ever made. I almost called the recipe Cheesecake Mousse because it's so light and silky! Serving in individual cups makes them perfect for parties or special events!

When recently asked to make desserts for 100 people for a SWAT Ministries fundraiser event, I was stumped. For weeks.

My sweet sister-in-law Ariel (who was coordinating the event) had only request: that the desserts be individual so that nobody had to serve them.

Well, I have no idea why I was so paralyzed but I just could not decide on a dessert to do for a crowd. Of course, I could've done cupcakes pretty easily, but I wanted to do something a little fancier than that.

I thought about it, made decisions, mulled over recipes, changed my mind and just kept going around and around in my head for the longest time.

Then, just a day or two before the event, I told myself, "You've got to make a decision." Does anybody else have conversations with themselves?

Bottom line is, after talking it over with Ariel, I decided to do cheesecakes in cups. Ages ago I made these Raspberry Lemon Cheesecake Trifles (a low-sugar dessert) and they were so good, I wanted to recreate something similar, but not a low-sugar version.

So off to Walmart I went to buy lots of cream cheese, heavy cream, graham cracker crumbs... and raspberries. So let's talk about the recipe.

Yeah - I love the combo of raspberries with cheesecake (obviously) and I knew it would be easy to just pop one on each dessert. No slicing or cutting the tops off or anything like that.

Well, I sort of regretted that decision. I mean - they were amazingly delicious!!

But when cleaning up, I finally had to stop counting how many raspberries were thrown away in the bottom of those cups and on the plates next to them.

It hurt my heart. 💔💔💔 Partly because I hate waste and I knew how delicious they were, but also because they were pretty expensive and it seemed like almost nobody ate them. 😭

But it was done and I learned my lesson. Next time, if I'm donating desserts, I'll go with strawberries. 🍓🍓🍓 Or no berries at all.

So when the No-Bake Cheesecake Cups Recipe was a huge hit at the event (raspberries aside), I knew I wanted to share it. And since I had raspberries leftover, I shot some pics with those and some with strawberries.

So I'll leave that decision up to you... add raspberries. Add strawberries. Add fresh whipped cream and skip the berries altogether. The great thing about this recipe is it only makes 4-6 cups if you do a single batch. So they're perfect for dessert for your family or Valentine's treat!

OR just eat them plain. This recipe is so creamy. So silky. So melt-in-your-mouth amazing that they really don't need any topping at all to be complete perfection.

Want another idea for an income stream? Check out this ebook:

For the pics here, I used the cutest little cups I found at Dirt Cheap. But for the event, I used clear Solo party cups. You'll get anywhere from 6-8 cups per recipe depending on the cup size and how much you fill them!

I made cookie sheets full of cheesecake cups, covered them in plastic wrap, then stacked them in my fridge the night before the event. Oh and as you'll see below, I also made some chocolate ones. Click here for the No-Bake Chocolate Cheesecake Cups recipe.

Here are what my desserts looked like for the event (cell phone pics): 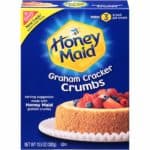 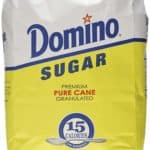 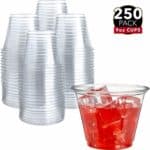 ARE YOU READY FOR THE RECIPE?

This No-Bake Cheesecake Cups Recipe is so easy to make and possibly the creamiest and smoothest cheesecake mixture I've ever made. I almost called the recipe Cheesecake Mousse because it's so light and silky! Serving in individual cups makes them perfect for parties or special events! 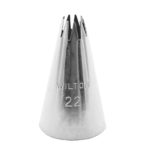 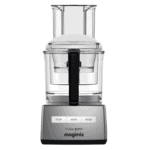